Analysis: Was the WTCC's joker lap experiment a success?

The WTCC's latest innovation, the joker lap, made its debut at the last round in Vila Real, but nearly didn't happen after all of the teams made a late-night protest just ahead of the race.

The joker lap, love it or hate it, was a key talking point of the first half of the season.

Some would shrug off the idea that it is an innovative a concept in the first place - it's been a mainstay of rallycross racing for years, and even in circuit racing, it's already used occasionally in the Argentinian Super TC 2000 Championship.

However, it's certainly never been used on a street circuit before in the same capacity as it was last weekend.

The idea of a joker lap was talked about early last year, especially already around the Portuguese street race in 2016 - which will be remembered for the thrilling podium when local hero Tiago Monteiro won the main race for Honda in front of his home crowd, and certainly not remembered for the processional two races that took place before it.

One driver remarked at the time: "I don't know why we keep coming to these street races. You can't overtake, you can't do anything.”

That driver may have been overlooking the size of the assembled crowd, with an almost captive audience present at all of the WTCC’s street races in the past.

However, the WTCC certainly realised the issue of the spectacle, and put forward a proposal to the FIA World Motor Sport Council late last year to introduce a joker lap in order to improve the show at two of the three street races on the 2017 calendar.

Those were Morocco and Portugal, with the WTCC not daring to mess with the Guia circuit in Macau.

There was no solution found to run the joker lap in Morocco, but a provisional green light was given to Portugal, subject to the circuit’s scrutineering.

While fan reaction to the idea was certainly mixed, with most negativity effectively being displeasure with changing the format, insiders were more open to the concept. But their main concern was over safety - which was at the forefront of everyone's minds on Saturday in Vila Real.

The drivers were allowed to try out the joker lap to practice their entry and exits during free practice and to assess the time lost from taking the joker lap, situated on a roundabout at Turn 26. 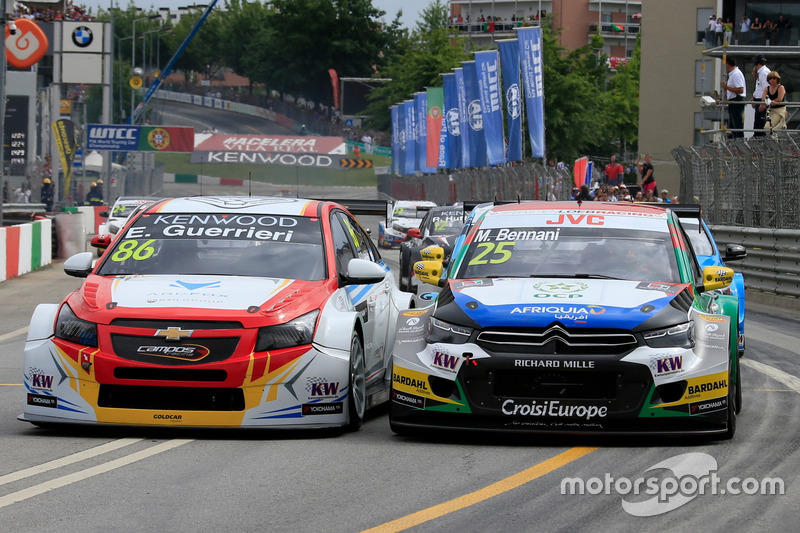 Qualifying took place as normal. The joker lap served no purpose there, basically adding four to five seconds to the laptime, but after qualifying, a document soon circulated the paddock, with every team declaring they believed the joker lap was unsafe and that the FIA should consider abandoning it for the race.

Discussions quickly took place between the teams, the FIA and the promoter to find a solution late in the evening.

With safety the operative word, especially after Tom Coronel’s highly-publicised collision with a support vehicle in the first practice session, options were discussed which would alleviate the teams' concerns.

A modification based on their recommendations was drawn up, with slightly softer applications of penalties for touching the blue line which marked the joker lap discussed and approved.

The FIA first hesitated, as the track was now homologated and the cars had already tested with the original configuration – but this was resolved with the addition of a 15-minute “recce” session on Sunday afternoon, just after the second supporting European Touring Car Cup race. 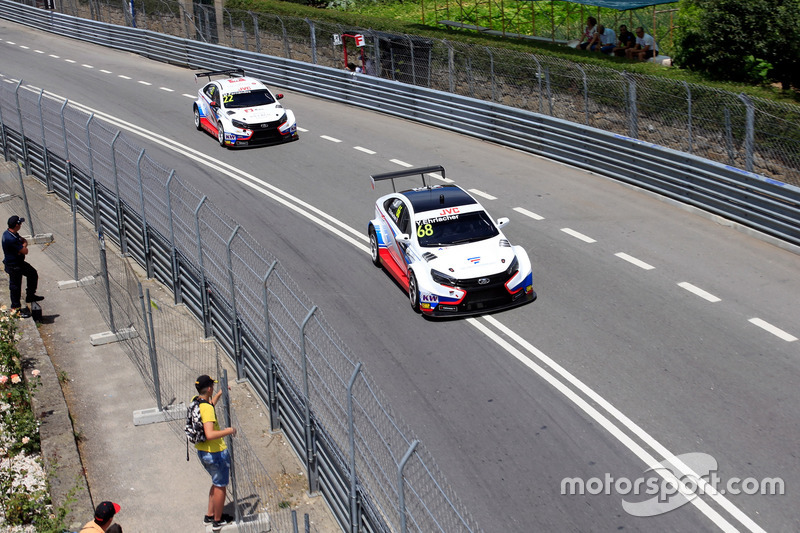 How races panned out

The teams approved the modification on Sunday afternoon after the recce, and the joker lap went ahead as planned, with Tom Chilton becoming the first driver in WTCC history to use it.

The effect was most notable in the opening race, as could be expected with the reversed grid. Many slower drivers lost out during the joker lap sequence, with polesitter Ryo Michigami nudged down to the back of the top 10 before he retired.

Monteiro made the most forward progress, making his way up to second, while in the second race, it played out very well for Rob Huff, a fast car out of place, after the Brit failed to get away at the start.

He overtook five cars with the help of the joker lap, getting the undercut on two drivers with the fastest lap of the race, and jumping ahead of three others as they served their laps ahead of him. 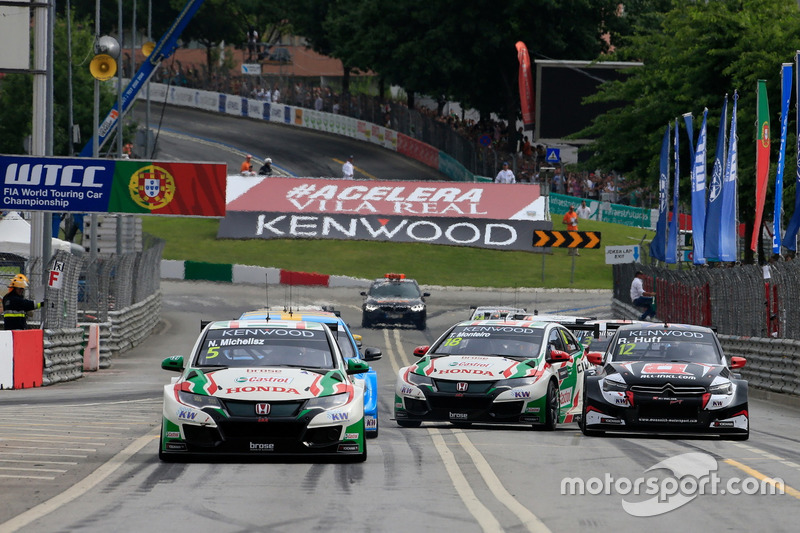 WTCC promoter Francois Ribeiro was happy with how the joker lap played out, and would only see a few minor improvements would be needed should the format be repeated next year; most notably disappointed with how early everyone served their joker laps in the race.

"I think we should do two joker laps in the main race,” said Ribeiro. “I’m surprised how Volvo played it against Honda, and why did they follow?

"For Monteiro, he would not be in the lead [of the championship] without the joker lap. I was hoping [Monteiro and Thed Bjork] would take the joker lap later in the race, but they took it early and they took it together.

“If everybody’s happy to carry on with the joker lap, I’d probably propose that we have two joker laps in the main race.

“It brought something to the sport, which is exactly what I was hoping for. I think the execution of it was safe enough, was visible enough, and was understandable enough. I can improve the TV graphics a bit, I have a few ideas for that, but fundamentally it worked.”

The majority of drivers voiced their approval of the joker lap, but one man who was unconvinced was Munnich Citroen driver Huff.

“I’m still not a fan,” said Huff. “I think it could be in a better position on this track, and my personal opinion is you should gain on the joker lap, and gain a lot.

"If Tiago was in sixth and took the joker straight away and came out in the lead, how great would that be? OK, he might end up back in sixth, but it doesn’t matter. People want to see people gain, not lose.” 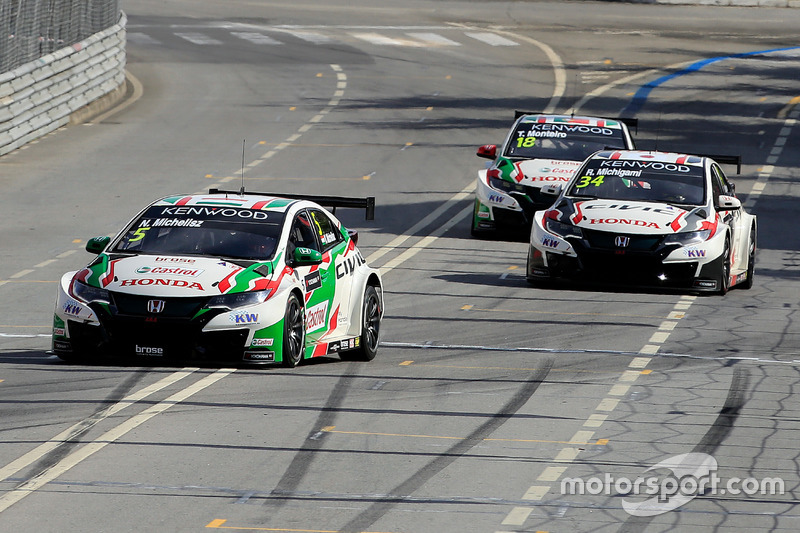 One of the other concerns over the joker lap were the penalties, which only became clear during the drivers’ briefing on Friday, should someone not serve the joker lap in the race.

It was this which Huff explained was the reason why Ribeiro’s hope that drivers would take it later in the race didn’t work out.

“No one took it at the end of the race because if you didn’t do it by 75 percent race distance, and the race gets red-flagged or finishes behind the safety car, you get a penalty,” said Huff.

“They need to work the rules out a bit more first, as no one’s going to take that risk, especially at a circuit like this.” 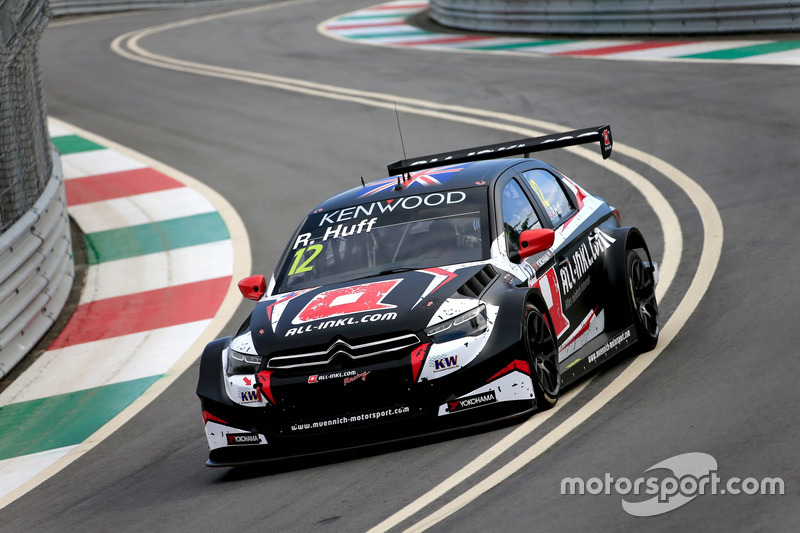 In the end, the joker lap certainly added something to the Vila Real street race, which was all it was meant to do. It didn’t completely disrupt the result, which is certainly a good thing.

You wouldn’t want the race results, or even the championship, turned around on the back of what basically is a gimmick, simply designed to improve the possibility of overtaking to make the street race in-line with the other events on the calendar.