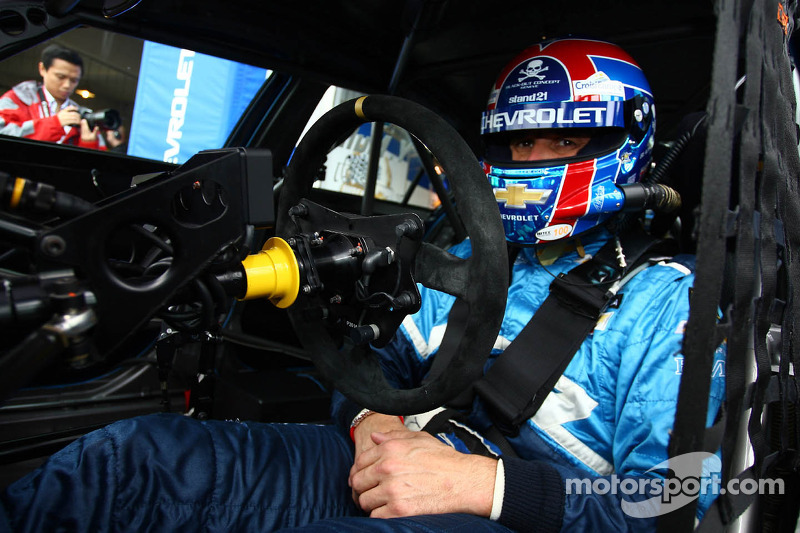 Muller Closes In On His Third Title

By winning the second race in China today, Yvan Muller made a significant step closer to his third World Touring Car Championship title.

After finishing the first race in fourth, the Chevrolet driver took advantage from the situation and showcased the real killing instinct that marks out all the greatest motor sport aces.

Now the gap between Muller and Rob Huff has been stretched to twenty points, which makes things difficult for the young Briton. However, with 50 points still at stake in Macau, where anything can happen, Huff’s hopes are still well and alive.

If Muller made the most out of the weekend in terms of championship fight, three other drivers excited the crowd: Alain Menu, Gabriele Tarquini and Colin Turkington.

Menu and Tarquini offered another proof of their immense talent and experience, clinching victory in Race 1 and second place in Race 2 respectively as they managed to resist the huge pressure from their chasers.

As for Turkington, he got used to make random visits to WTCC that often result in brilliant performances. Once again the Irishman was able to deliver two fantastic races with an independent BMW run by the joint efforts of the Wiechers-Sport and WSR teams. He claimed one second and one fourth, but he deserved more… 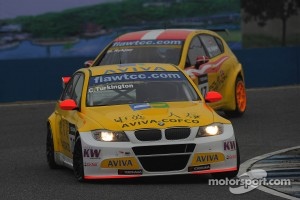 Although Turkington won both races in the Yokohama Trophy, Kristian Poulsen collected two second places that might prove crucial for the title fight, as the Dane is now leading Norbert Michelisz by 23 points. Fabio Fabiani beat Philip Ma twice in the Jay-Ten Trophy and took the lead in the points.

The championship will resume in Macau, on November 20th for the final rounds 23 and 24.

Alain Menu beat Colin Turkington by a small gap at the end of an exciting race. Rob Huff claimed third place ahead of Yvan Muller and reduced his gap from the championship leader to ten points.

Turkington enlivened the whole race, chasing Huff for second place, overtaking him and then putting the pressure on Menu in the latest ten laps. The Irishman gave the Wiechers-Sport team their best result ever in WTCC.

Menu resorted to the whole of his long racing experience to drive back the assaults of the BMW drivers and managed not to make the lesser mistake or open the least of a gap, securing his fifth victory of the season.

Tom Coronel and Kristian Poulsen finished in fifth and sixth after Norbert Michelisz dropped down in the late stages of the race.

Race 2 – Muller Wins With A Bit Of Luck

Yvan Muller claimed an eighth and crucial victory in the season that significantly increased his leading margin in the championship standings to twenty points ahead of his Chevrolet team-mate Rob Huff.

The reigning world champion benefitted from a contact between Huff and Gabriele Tarquini on the first lap to move to second behind the Italian. Three more laps and Muller was leading and capable of creating a big gap. 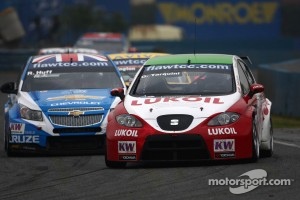 Tarquini completed a great defensive race, salvaging a second position that was completely unexpected, considering the brake problems he had had in the first race and the fact that this was not the best track for the SUNRED León cars.

Once again Colin Turkington was among the top players, winning the Yokohama Trophy, narrowly missing the podium and offering a great show to the Chinese fans.

A brilliant Charles Ng scored his first WTCC point by finishing tenth after having started from the last spot of the grid.

The Word To The Winners

Alain MENU – winner of Race 1
“It was one the toughest races ever for me. We knew we had to take care, as this track is very tough with the front tyres. I was not driving fast as I could in the first five or six laps, I just wanted to be sure I was kind with the tyres. When Turkington overtook Rob I tought: OK, now I could be in trouble. After this morning’s warm up we knew that the BMW was faster than us. I kept the same pace, he was behind me but he still needed to overtake me. I was concentrating on the last corner, the place where he was able to get closer. Everything worked perfectly and it was a great result!”

Yvan MULLER – winner of Race 2
“I am extremely pleased, because this victory repaid me of all the frustration I had yesterday. We were disappointed by the qualifying result and my engineer and I worked hard yesterday evening and again this morning to find a solution. It was not in vain as during both races my car was absolutely perfect. Yes I was a bit lucky in the second race, but I was ready to take advantage when the drivers in front of me made contact. It’s part of the game. After I overtook Gabriele (Tarquini) I was able to push and create a big gap. I don’t want to think to the championship yet. The title fight will be settled in Macau and doesn’t matter by how many points I am currently leading…” 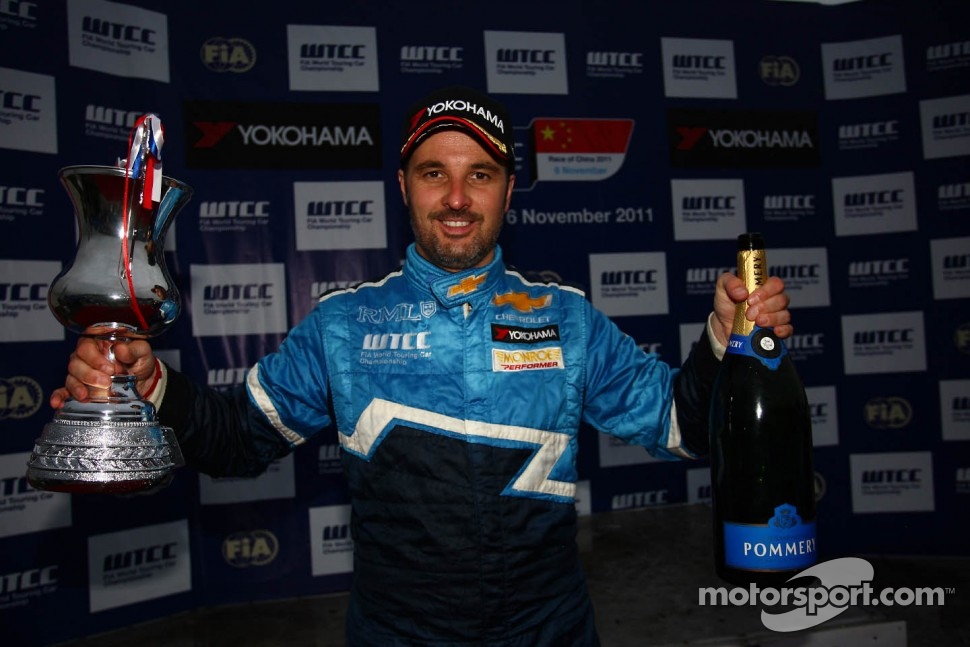