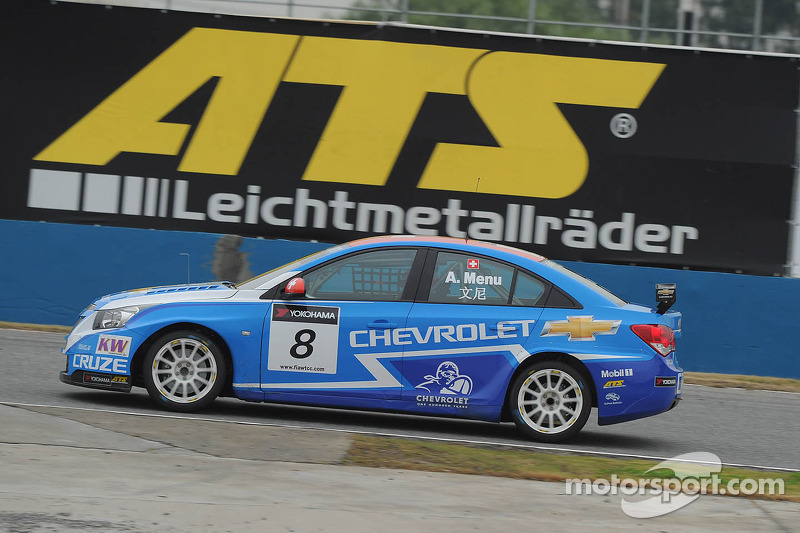 Alain Menu put his Chevrolet Cruze car on pole position for the first WTCC race in China. On the Shanghai Tianma Circuit the Swiss survived a tricky Q1 and advanced to claim his fourth pole of the season - the second in a row - and the eleventh for Chevrolet out of eleven meetings.

Rob Huff had also reasons to rejoice having qualified second in today's Q2 but also winning pole position for Race 2 on the top-ten reverse grid. This placed him in both races ahead of Yvan Muller, his rival in the title fight.

Colin Turkington achieved a brilliant result for Wiechers-Sport, ranking third overall and first of the Yokohama Trophy drivers. An outstanding performance considering that the drying tarmac in Q1 made life difficult for the rear-wheel driven cars.

Once again Robert Dahlgren and the Polestar Volvo team did not collect what they could, missing the right moment to go for a final attempt in Q1. 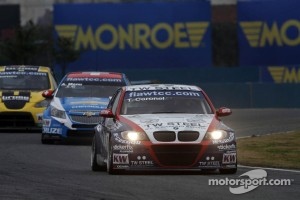 Q1 - The track was damp after a light rain when the session kicked off. In less than five minutes the red flag was waved after Charles Ng stranded his car in the gravel bed of Turn 1; the Hong Kong man was not allowed to rejoin having been towed off the gravel.

Lap times improved at a frantic pace when the session resumed, as the racing lines were quickly drying up.

Tom Coronel marked the beginning and the end of the shootout to make the top-ten. The ROAL Motorsport driver set a provisional fastest lap of 1:11.913 immediately after the red flag and improved by six seconds, posting the session's best time of 1:06.690 when the chequered flag dropped. 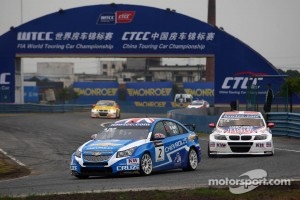 Q2 - The track was nearly dry and Menu was the first one to post a quick lap of 1:05.766, while Huff aborted his first attempt and went back to the pits.

However Menu's final attempt was worth a 1:05.555 that gave him another pole. At the same time Muller spoiled his last chance when he lost the back of his car and nearly spun at Turn 5, which left him in seventh position behind Michelisz, Tarquini and Coronel.