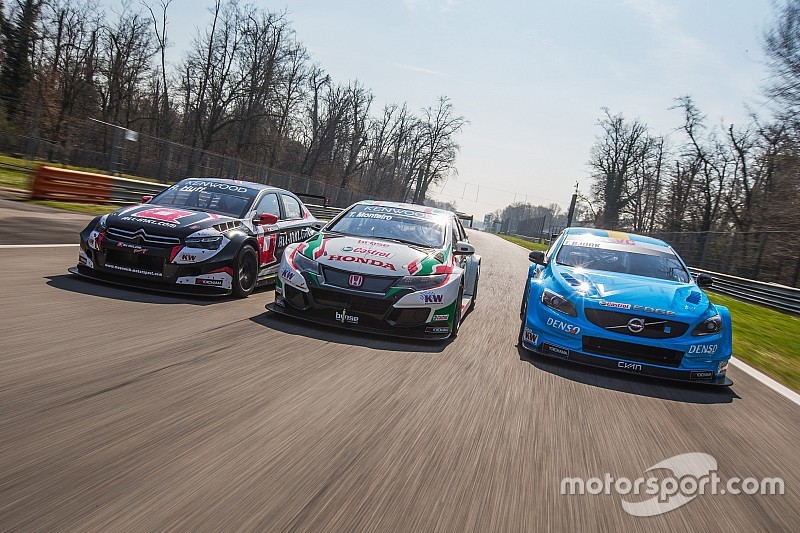 WTCC 2012 champion Rob Huff is optimistic of a second world title year after topping all four sessions in a two-day test at Monza last week.

Huff emerged over seven-tenths clear of anyone else with a transponder over the two days, with Volvo opting to hide its pace on the second day of testing.

Monza was only the second time Huff had driven the three-time championship winning Citroën C-Elysee WTCC, with the former Chevrolet, Lada and Honda factory driver impressed with the French car’s pace.

“After my first laps in Spain, I realised how they won three world championships so easily,” said Huff.

“Every touring car I've ever driven has a few ticks or personality issues, but this doesn't, it just works in every sense and doesn't have any downsides whatsoever.

“Everybody has talked about how hard it is to drive, but when I drove it first in Spain, I felt an instant connection with the car. I'm not going to say we're going to be the fastest all the time, but I feel very happy with the car.”

The closest of the factory cars to Huff during the two-day test was former Honda teammate Tiago Monteiro, who was just over a second behind, while the fastest timed lap from the Polestar Volvos was that of Nestor Girolami, 1.6 seconds back.

Huff believes the Citroën C-Elysee has enough pace to stave off the two manufacturer teams this year, putting him in good stead to become the second independent champion of the WTCC after Yvan Muller won the title with a privately-run Chevrolet in 2013.

“I know Honda quite well,” said Huff. “Last year, I was involved in what they are planning on doing this year, but I don't think they would have caught this thing, having now driven it.

“I think Volvo were too far away last year to make the gap up. I think they will be quick, and it'll be close, but I don't think they'll overtake this car.”