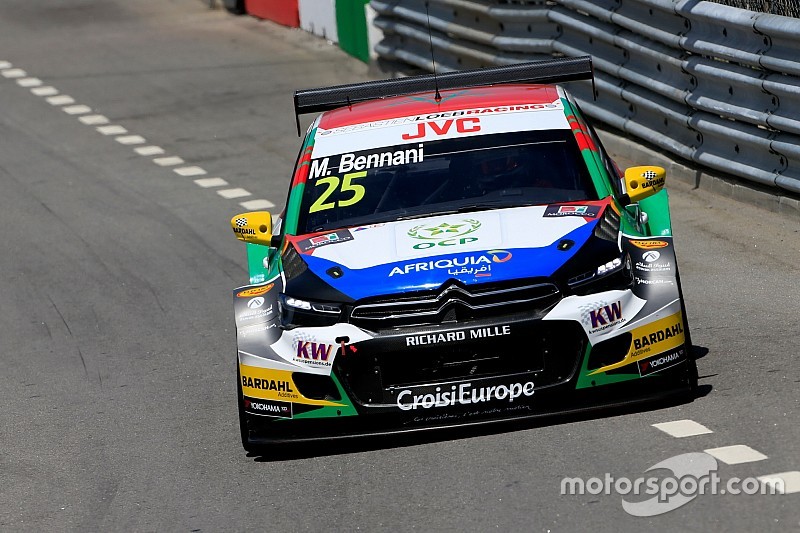 The key to Bennani’s victory was in his start, as the Citroen driver leapt from fourth on the grid past the two battling Argentinians of Volvo driver Nestor Girolami and the Campos Chevrolet of Esteban Guerrieri, while Ryo Michigami held on to the lead in his Honda.

Michigami’s lead was short-lived however, with Bennani quickly passing the Japanese driver and beginning to build a lead over the Honda, who was now defending against Girolami’s Volvo.

The first driver to take a joker lap in the WTCC would be Bennani’s teammate Tom Chilton on Lap 3, with the Volvo of Nicky Catsburg, the Citroen of Rob Huff and Norbert Michelisz’s Honda following him through.

A lap later, and it was Monteiro’s and Bjork’s turn to take the joker lap, with Bjork effectively gaining a place, passing Chilton in the process and moving up to fifth.

Bennani built up a five-second lead and took his joker lap on the sixth lap, rejoining ahead of Michigami and Girolami, who both had now been caught by Monteiro and Bjork.

This played against the pole-sitter, as he served his joker lap a lap later but dropped to fifth in the queue of cars, while Girolami came back on to the track in eighth, rejoining alongside the Citroen of Huff and fighting through the final corner.

Catsburg and Huff then passed Michigami on track, before the Japanese driver suffered a puncture and was forced to head to the pits, joining Lada’s Kevin Gleason and Guerrieri as the only retirements of the race.

Bennani won the race just under a second clear of Monteiro, with the Portuguese driver closing during the final laps of the race, with Bjork finishing third.

Monteiro’s second place elevates him back into the lead of the championship, seven points ahead of Catsburg, with Bjork one point further behind.