Hong Kong - ROAL Motorsport driver Darryl O’Young bounced back to claim his second independent podium of the season at the all-new Race of Russia, after finishing race two strongly with an independent P3 and overall P9. 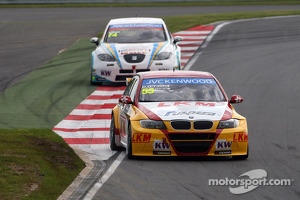 Having also recorded the fastest lap in the independent class in the opening race, O’Young now sits sixth on the independent standings with 36 points as the season reaches its half-way point.

Starting from overall P12 in the second race in Moscow, Darryl once stormed to overall P9 before conceding his spot to another BMW 320TC driver Stefano D’Aste. O’Young would later recover his position thanks to a crash involving early leader Mehdi Bennani.

The incident moved Darryl a place up and he safely see out the remaining laps to take home yet another independent podium. The results also see the Hong-Kong based WTCC driver pocketing two championship points with an overall P9 finish.

Earlier in the opening race, O’Young was involved in a crash that sent him to the back of the pack. Despite finishing the race with an independent P9 and overall P20, the 33-year-old managed to set the fastest lap in the independent class. That granted O’Young an extra point as he tallied seven points at the Race of Russia, and with that, he remained sixth on the Yokohama Drivers’ Trophy standings.

WTCC will now take a three-week break, before the second half of the season resumes in Portugal at the end of this month.


“We showed promising pace in practice so I was expecting a strong performance in qualifying. Unfortunately, we still haven’t managed to figure out the best way to maximize our new tires and I had yet another disappointed session.”


“In the races, my car seems to be a magnet for disaster! There was a spinning car in front in turn 1 and I was collected in the multi car pile up damaging my suspension. The team managed to fix it the best they could. We got back out in race 1 setting fastest independent lap of the race and second overall taking one point.”


“I managed to fight back in race 2. I had problems with my tire wear and handling due to the damage from race 1 but I am still happy to score points in both the independents and the world championship.”