Monteiro to miss Macau WTCC round too 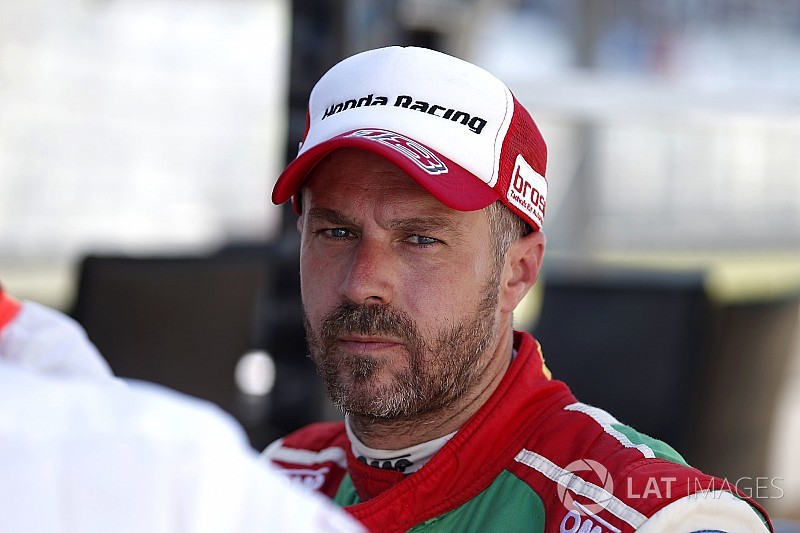 Honda driver Tiago Monteiro will miss a third consecutive WTCC event on medical grounds after being ruled out of the Macau round.

The Portuguese driver led the championship before suffering a high-speed testing crash at Barcelona in September which caused compression of the nerves and problems with his vision.

That meant he missed the races in China and Japan and slipped to fourth in the standings, 28.5 points behind Volvo's new leader Thed Bjork.

Honda has now confirmed that after further examinations in Portugal, Monteiro will remain sidelined and Esteban Guerrieri will continue to drive in his place.

Though the WTCC did not race in Macau last year, Monteiro won the Guia event driving in a one-off for WestCoast Racing in the season finale of the TCR International Series.

"I'm extremely disappointed to have to miss the chance to continue my fight for the WTCC crown and defend my Guia Race title," said Monteiro.

"Macau is one of the most challenging circuits in the world and one I love racing on. I feel ready to return and I've been able to increase my training so it's now at virtually the same level as before the accident.

"Unfortunately, despite this, the risk of a second impact on my body is still too great and I need to wait a little while longer before I'm fully healed.

"I cannot even begin to explain how it makes me feel to see my title ambitions slipping away. All I can do is continue to train hard and aim to return in Qatar to help Honda's title ambitions."

Honda trails Volvo by 46.5 points in the manufacturers' championship, while its best-placed driver is now Norbert Michelisz, 16.5 points behind Bjork.

If Bjork scores 31.5 points in Macau, Monteiro's championship challenge will be over regardless of whether he returns for the Qatar finale on November 30/December 1.

Monteiro's absence gives Guerrieri the chance to build on his podium-finishing Honda debut in Japan.

The Argentinian was called up by Honda because Monteiro's China substitute Gabriele Tarquini was absent on TCR duties, and finished third in the reverse-grid opener and fourth in the red-flagged main race.