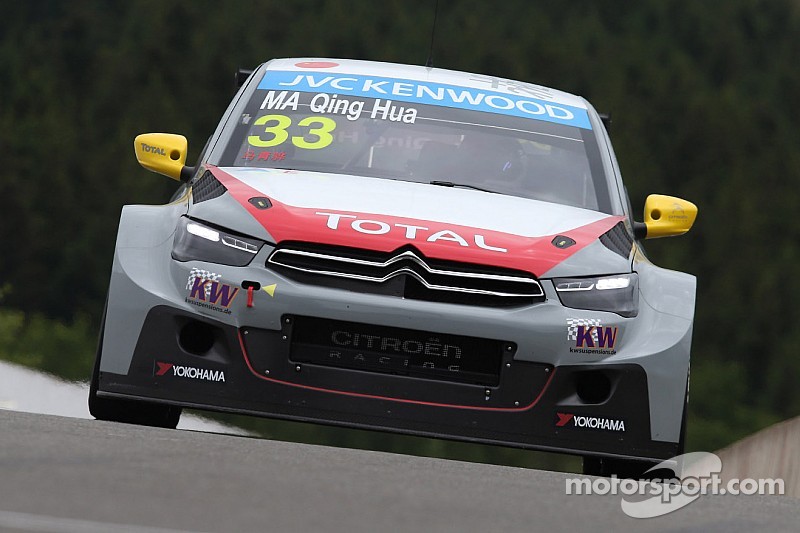 The Citroën driver made history last July by becoming the first Chinese driver ever to win an FIA World Championship race.

The two China race meetings of the FIA WTCC are around the corner and the entire WTCC community is looking forward to be next weekend in Beijing and discover the Goldenport Park Circuit that will make its debut in the championship’s calendar.

But, clearly, the most anxious of all is Ma Qing Hua, the 26-year-old driver of Citroën that made history last July by becoming the first Chinese driver ever to win an FIA World Championship race.

“I am really happy to have the opportunity to do the races in Beijing, Shanghai and Macau, it is really great!” admits Ma. “Of course, I particularly look forward to Shanghai, as this is my home town and I expect a lot of family, friends and fans to come and cheer for me. The most important for me at the moment is to prepare well and stay focused on racing!”

Something that may prove difficult, as Ma’s status has completely changed following his historic win in Moscow.

“This win is going to stay as the most important moment in my career and probably in my entire life,” he acknowledges. “It was historic for me and also for Chinese motorsports, and I really feel a sense of happiness and pride. I must admit my life has changed since then. A lot of Chinese saw that race on TV and felt proud of what I did, and after that win there was a lot of media attention on me. I did a lot of interviews and as a result, I now get recognized and greeted in the streets! It’s a nice feeling, but I want to keep my feet on the ground.”

The man who believed in Ma’s success

Ma Qing Hua’s victory in Race 2 at Moscow, on his debut in the FIA WTCC, came as surprise to everyone in motorsport circles… except for one person that knows him well: Luis Pérez-Sala.

A former F1 and touring car driver, the Spaniard had been following Ma closely since his early days in international single-seater formulae and was almost amused by the general astonishment provoked by Ma’s performances in the WTCC.

“People suddenly realized how good he is, but I knew it long time before…” said Pérez-Sala, who also worked with Ma when he was team principal of HRT, the short-lived Spanish F.1 team for which the young Chinese was a tester and drove on the Friday morning free practice session in four GPs in 2012.

“We were a small team struggling against all odds, but Ma managed to impress us. He was competitive on the track, never made a mistake and was also able to give excellent technical feedback to the engineers. In those four Friday mornings, he always made the 107% threshold which wasn’t a given objective for us.”

Pérez-Sala has no doubt: “Ma is talented and fast, very calm in the car and outside, and now he has quite some experience with very different types of cars. He can do well in any category in motorsports and I’m sure Citroën has made a very good choice…”