Lopez wins both races at home 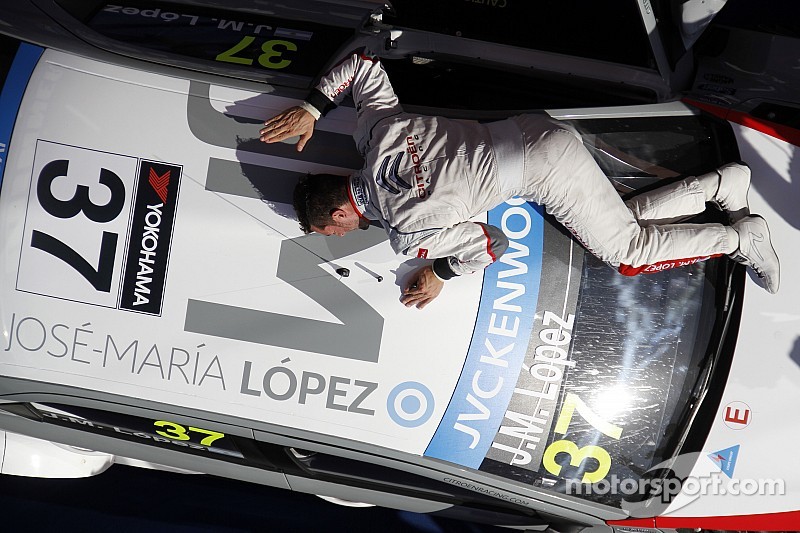 Jose Maria Lopez has swept the weekend in Argentina.

José María López left no doubts about who the hero was at Termas de Río Hondo.

The Argentine rounded the weekend by winning also a very lively Race 2. He had to fight to extricate himself from the group and took the lead in lap 9 from Rob Huff, who was the other hero of the day.The Briton managed to have his LADA in the lead for eight laps and eventually was only second to López.

It is the first time that a car of the Russian maker leads a WTCC race and finishes on the podium. The team completed the excellent day with another points finish by Thompson (10th).

Yvan Muller was third, just like in Race 1, overtaking the Honda cars of Tarquini and Monteiro, while Franz Engstler and Camilo Echevarría made it a 1-2 in the TC2T class for the Liqui Moly-livered BMW cars.

Start – Great start for poleman Huff who precedes Bennani, Tarquini, Monteiro and Valente.
Lap 1 – There is great fight in the group, with Muller and Loeb touching each other, López duels with Coronel who runs wide in the grass. Morbidelli touches Thompson who goes sideways at the hairpin.
Lap 2 – López emerges first of the Citroen cars but makes a mistake and is passed by Chilton and Valente. The young Frenchman though cannot resist to López, Loeb, Muller and Michelisz.
Lap 3 – Huff is still in the lead, ahead of Bennani, Tarquini, Monteiro, Chilton, López, Muller and Michelisz.
Lap 5 – Bennani slides down as he is passed by Tarquini, Monteiro and Chilton, and shortly afterwards by López, who passes Chilton too.
Lap 6 – López passes Monteiro for third, while Huff is still in the lead with excellent pace, followed by Tarquini.
Lap 7 – López is second after Tarquini makes a small mistake at the hairpin. Muller passes Chilton for fifth after a tough fight.
Lap 8 – López charges on Huff, whose lead is now 1.1 seconds. Chilton and Loeb make contact. Morbidelli is given a drive through for the incident with Thompson on the first lap.
Lap 9 – López passes Huff at the end of the back straight and takes the lead.
Lap 10 – Chilton stops on the side of the track. Big battle for fourth between Muller and Monteiro, with the French emerging.
Lap 12 – Muller takes third from Tarquini.
Lap 13 – López wins ahead of Huff and Muller.

Race One: Lopez wins at home

Little luck for Tom Coronel in WTCC round in Argentina – video