Lopez ponders future with WEC, DTM and WTCC as his options 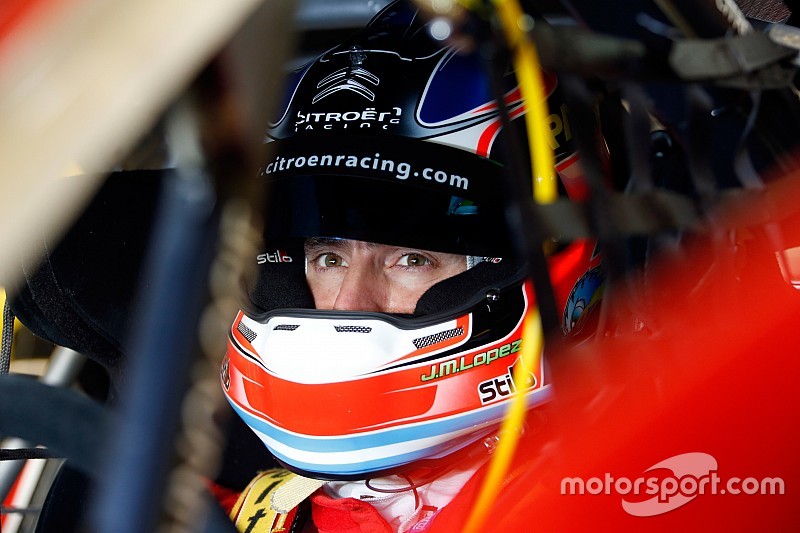 Jose Maria Lopez says he is yet to decide on his future beyond this year, but has named WEC and DTM as his likeliest destinations should he leave WTCC.

Citroen is pulling out of WTCC at the end of the season, which could force Lopez into a change of teams - or even a change of categories.

But the two-time champion insists his first priority is to defend the title, saying it’s not an appropriate time to consider his future.

“We haven’t even started 2017. My mind, my wheel, my power is focused on 2016 now. I want to do well in WTCC,’’ Lopez told Motorsport.com in an exclusive interview.

“I want to defend the championship. I want to do it well. I know I need to have my full focus on this.

“We will see. I think there’s time for everything. I don’t think it’s time to think about 2017 right now. For the moment, my number one priority is to do the best in 2016.

"And of course, try to keep on with this amazing team, which at the moment, I have not been placed for 2017. But maybe there'll be something. I don’t know."

That said, the 32-year-old has brought up a variety of options, with the 24 Hours of Le Mans being a particularly fascinating race for the Argentine.

“I think, for me today, after Formula 1 is World Endurance Championship. I mean, talking about LMP1, for example, it’s one of the most technological cars to have,’’ he said.

“It’s really quick. They have done some really similar times to Formula 1, in Shanghai, I think."

Lopez, who came agonisingly close to racing in F1 with the dead-on-arrival US F1 team, said that a Le Mans drive could make up for the near-miss.

“I didn’t get to Formula 1, but maybe trying to be [at Le Mans] will be like filling an empty space.

“But it’s not easy. At the moment, it’s only a dream. And then there’s also DTM, maybe even staying back in WTCC.

"I need to keep my doors open because one thing I’m sure 100% is I don’t want to go back to Argentina, I want to keep racing here."

When asked when he will be allowed to explore opportunities, he said: "Contractually, in June."