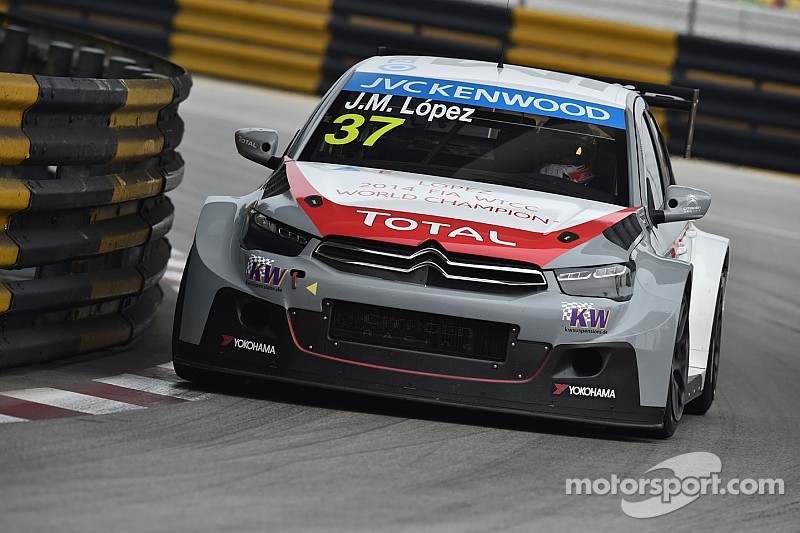 In the full respect of the tradition, the final event of the WTCC season in Macau provided plenty of action and coups de théâtre.

In the first race José María López placed the icing on the cake of a triumphant season that saw him clinching the Drivers’ Championship and setting new records for the number of victories and points scored during one WTCC year (10 and 462).

Rob Huff emerged as the winner of the second race after a furious battle with Tiago Monteiro and Yvan Muller. This increased the Briton’s tally on the Guia circuit to seven wins in ten races, gave LADA its second success of the year and enabled Huff to finish tenth in the Championship.

Monteiro was the unsung hero, as he was forced to retire from the lead during the last lap of Race 2 due to a trivial power steering failure that was the consequence of the safety car period.

A few words need to be spent about the other podium finishers.

Yvan Muller came second in Race 2 and in the Drivers’ Championship; a good way to abdicate the 2013 crown, especially because he further strengthened his reputation based on eight consecutive years on the championship’s final podium: four times champion, three times second and once third.

Norbert Michelisz’s second place in Race 1 promoted him to fourth in the Drivers Championship, the best of the rest after the Citroën trio; it was also the highest placing for the young Hungarian so far.

Gabriele Tarquini and Hugo Valente completed the two podiums. The Italian put in a stoical effort as he was debilitated by a food poisoning and so much dehydrated that he could not take the start in Race 2. As for Valente, he strongly fought for stealing third from Michelisz in Race 2; he claimed his third podium in the season and partially made up from a disappointing string of recent races.

Once again the TC2T class was dominated by Franz Engstler and his BMW car. And as a bonus, the German driver was even able to finish in the top-ten in Race 2.