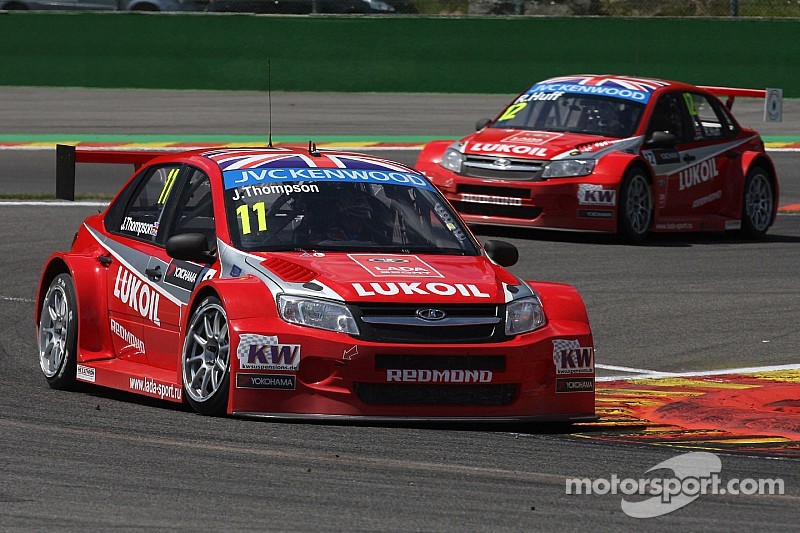 An invigorated LADA team is brimming with optimism as it heads into the Asian.

Still buzzing from the champagne and festivities of Argentina, an invigorated LADA team is brimming with optimism as it heads into the Asian leg of the 2014 FIA World Touring Car Championship (WTCC), starting with Rounds 15 and 16 at Beijing’s picturesque Goldenport Park Circuit (4-5 October).

A remarkable performance from Briton Rob Huff resulted in a breakthrough podium finish at Argentina’s Autodromo Termas de Rio Hondo; just reward for the hard working Russian outfit and the crowning glory of what has sometimes been a tumultuous season.

Beijing is going to be a new and interesting experience for the WTCC, as the championship venture out onto unchartered territory at Goldenport Park Circuit in a new region of China,

Huffy’s success was received with great enthusiasm from all concerned with LADA’s WTCC programme and there is heightened optimism and belief within the camp that the feat can be repeated or bettered before season’s end.

However, the WTCC heads into the unknown this weekend and the formbook is hard to predict, as the Asian leg of the season begins on unchartered territory at Beijing’s short and scenic Goldenport Park Circuit, which twists its way over 2.39miles in Jinzhanxiang, Chaoyang District.

“Beijing is going to be a new and interesting experience for the WTCC, as the championship venture out onto unchartered territory at Goldenport Park Circuit in a new region of China,” said Huff. “At only 2.4m in length, this is the shortest track we visit and that should remove a lot of the emphasis on aerodynamics, which could play to LADA Sport’s advantage. I’m expecting it to be more about mechanical grip and there’s no doubt we have taken significant steps forward in recent months, so it will be exciting to see how we fare.

“Taking everything into consideration, there are so many unknowns and I have no idea if we will be able to emulate the sort of success we had in Argentina. The goal for all three of LADA Sport’s drivers is to breach the top ten in qualifying and benefit from the reversed grid pole position in race two, so I’m keeping my fingers crossed that one of us makes it. The car felt better than ever in Argentina and hasn’t changed since then, so we hope to improve again.”

James Thompson added: ”The interesting layout and the length of Goldenport Park Circuit could be suitable for our Lada Granta cars, as the top speed is not crucial at this type of the track. The circuit is new to the participants of WTCC and it will add intrigue to the race. It’s hard to predict the results, but hopefully we can fight for some high positions as the car at the previous Argentinean round felt good in terms of balance and stability."

Russian driver, Mikhail Kozlovskiy, said: ” I am eager to return to the racetrack after two months away, fully refreshed and ready for new challenges! I've never been to Beijing and the Goldenport Park Circuit, so it’s another interesting experience for me. The track is very short; hopefully, this will advantage us. We also expect large crowds of fans at the circuit, because motorsport is very popular in China, and we will do our best to make a really thrilling battle for the enjoyment of the spectators.”

China comes in a double pack for Muennich Motorsport