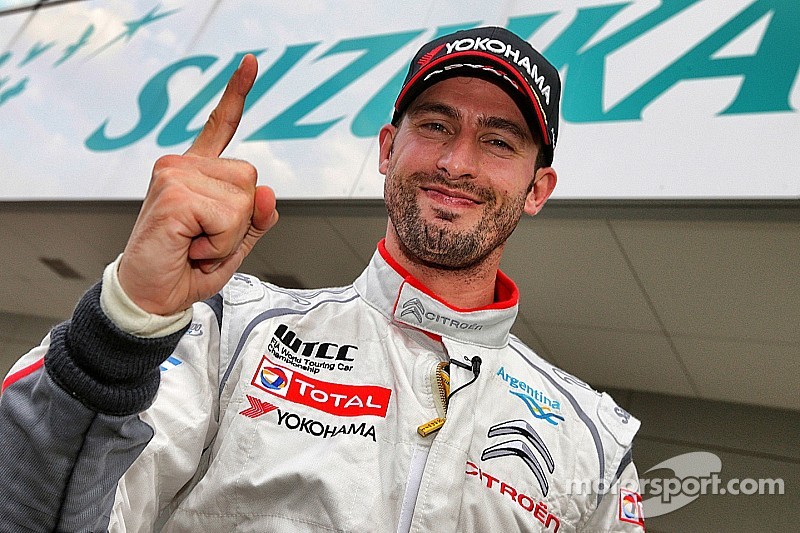 Separated by less than 0.15 of a second, the three Citroën C-Elysée WTCCs finished first, second and third in qualifying in Suzuka.

José María López conquered his sixth pole of the season in a very closely-fought qualifying session with his Citroën team-mates Yvan Muller and Sébastien Loeb.

In the decisive Q3, Loeb was fastest in the first sector, Muller was fastest in the second, but López, with an astonishing third sector, eventually took the pole (and stretched his championship lead by one, crucial point), leaving Muller only 75 thousandths behind and Loeb 151. Very marginal gaps in such a log racetrack.

The Citroën cars proved once again to be in a league of their own. In the battle behind them, the winners were the Chevrolet cars of Tom Chilton and Hugo Valente, who made it to the top 5.

It was a difficult qualifying at home for the Honda, with Norbert Michelisz putting the best Civic in P6, although Gabriele Tarquini will start from pole position on the top-ten reverse grid for Race 2.
Franz Engstler took pole in the TC2T class ahead of Filippi.

Conditions were perfect for Q1, although the sky began to get overcast after two days of gorgeous weather. The first drivers to shine were the Chevrolet drivers, with Chilton posting an excellent 2:06.790 ahead of Morbidelli and Valente who were, though, 1.5 seconds aback. Shortly afterwards Loeb, López, Tarquini and Coronel took the track, but action was disrupted by the red flag after de Souza spun at T7 and remained stuck in the gravel trap.

That left everybody with basically only one lap opportunity on new tyres. It was Muller who clocked the best time (2:06.115) ahead of López (2:06.277) who tried another quick lap on the same tyres, in vain. Loeb was fourth behind Chilton and ahead of Tarquini, while Michelisz, who salvaged in extremis a P11 kicking Huff out of the top twelve. Morbidelli improved to sixth in the dying moments.

The first fast lap attempt saw Muller posting an excellent 2:05.512 ahead of López and the tree Chevrolet cars of Chilton, Valente and Morbidelli. Michelisz and Loeb who had been forced to abort their initial effort, pitted and changed tyres for a second opportunity. The Hungarian jumped in fifth, eliminating Morbidelli, but was immediately demoted to sixth by Loeb who was placed in third. No Honda cars passed the threshold to Q3.

The hierarchy of Q2 was almost exactly respected in Q3, but López, with an excellent third sector (22.477) was able to beat team-mates Muller and Loeb, who had excelled in the second and first sectors, respectively.

The battle among the two Chevrolet cars was won by Chilton against Valente by little less than four tenths despite a couple of mistakes at braking.