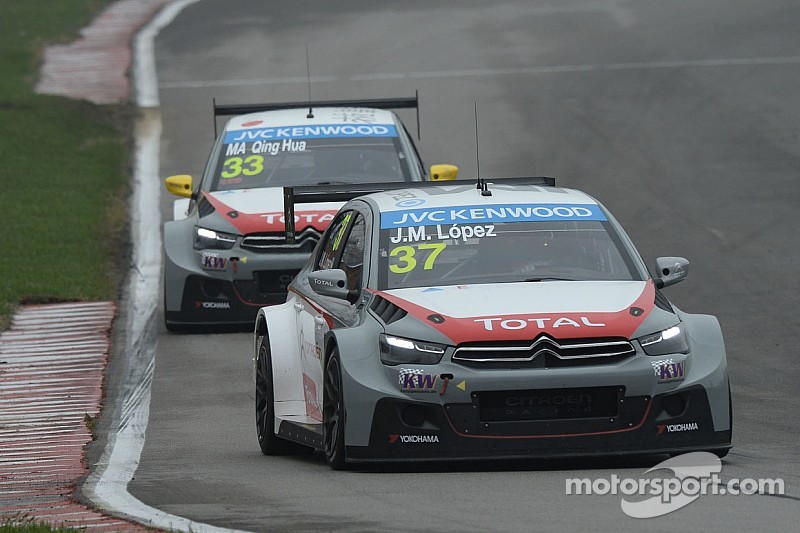 Ma Qing Hua had posted an outstanding lap time of 1:48.898 during his Q3 shot at his home racetrack.
And yet, this was not enough to prevent his team-mate and current championship leader José María López from adding another pole position (the fifth so far) to the impressive tally of his first complete season in WTCC.

The Argentine staked a claim on the pole with a spectacular split time in the first sector (41.868) that gave him a three-tenth margin over Ma. And despite a disappointing second sector that cost him the whole advantage, López was able to sprint in the third sector, completing the lap in 1:48.782.

The first sector was also crucial for Yvan Muller, who ruined his chances of challenging López and Ma for the pole.

This result meant that Citroën is now only two points away from securing the Manufacturers’ title, although Norbert Michelisz did his best to spoil the French manufacturer’s party and qualified in fourth, ahead of Sébastien Loeb and best of the Honda cars.

Q1 – The track was dry in spite of a shower that fell a few minutes before the start.
The Citroën cars dominated the first part of the session, filling the first four positions. After brief spells on top from Tom Chilton (1:50.749) and Norbert Michelisz (1:50.312), Ma Qing Hua posted the fastest time for good (1:49.313).

After the winning weekend in Beijing last week, the LADA Sport team was disappointed by seeing all his three drivers missing the cut for Q2.

A final attempt of the four Honda drivers to play the slipstreaming game came to nothing. Monteiro and Tarquini remained in sixth and seventh, out of Q3.

López did even better

Q3 – Michelisz was the first on the track and posted a brilliant 1:49.681. Loeb followed, but the nine-time WRC champion spoiled his chances by hitting the stack of tyres at the apex of the final turn.
Then Ma broke the 1:49 barrier and posted an outstanding 1:48.898. López did even better and improved to 1:48.782, while Muller had to settle in third position with a lap of 1:49.424.

A day to remember for Citroën and Honda driver Bennani