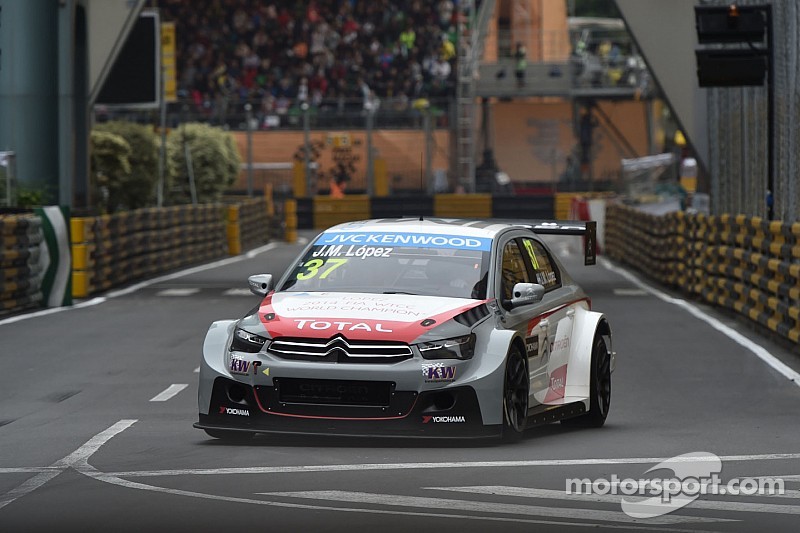 It was his seventh this season and came after a superb family battle with team-mates Sébastien Loeb and Yvan Muller. The three Citroën drivers produced astonishing performances in Q3 and each dominated one of the sectors. López was nr.1 in the first, the fastest part, with Loeb dominating in the twisty part up the hill, and Muller excelling in the final stretch. Eventually, ‘Pechito’ took the pole but with a marginal gap of two tenths.

Norbert Michelisz (Honda) confirmed his position as top of the non-Citroën drivers, with Tom Coronel completing the top five. The Honda factory cars of Tarquini and Monteiro and the LADA of Huff followed, with Hugo Valente taking pole on the top-ten reverse grid for Race 2, where he will have at his side the other Chevrolet of Chilton. Franz Engstler took pole in the TC2T class.

Q1 – The session had just started when Oriola, on his first flying lap, hit the wall in the climb from San Francisco, blocking the track and prompting the red flag.

When the session restarted, it was Muller who took the lead (2:26.618) ahead of Coronel, Monteiro, Valente and Michelisz. At mid-session, Loeb put in a time of 2:26.036, taking the first spot. Soon afterwards, López moved up to second, half a second behind. Tarquini and Chilton were provisionally out of the top-12. A trio formed of Tarquini, Huff and Michelisz went for a fast lap: the Hungarian set the fastest lap of Q1 (2:25.920), while Tarquini and Huff were placed fifth and eighth respectively.

As the end of the session approached, Morbidelli and Chilton kicked Bennani and Thompson off the top-twelve.

On his last attempt, Ma Qing Hua (who was in 12th position) lost the car at Paiol and touched the wall. The last thrill was for Kozlovskiy, who spun at Lisboa, causing the session being red-flagged again and for good one minute before time.

Ma and Tarquini were the last to attempt a qualifying time, with the Chinese not making better than 11th, and the Italian finishing sixth, just out the top five after Coronel had moved to fourth, ahead on Michelisz.
The much-coveted P10 (and pole position) for Race 2 went to Valente, who will have Chilton alongside.

Q3 – Michelisz improved eight tenths compared to his Q2 time, but this was not enough to threat the Citroën drivers and he settled in fourth. Coronel, always very fast at Macau, spoiled his chanced by touching in the climb to Dona Maria and dropped to fifth.

Muller qualified third, with Loeb in second with an outstanding 2:24.522, but it was again López to emerge as the fastest stopping the clock at 2:24.294.