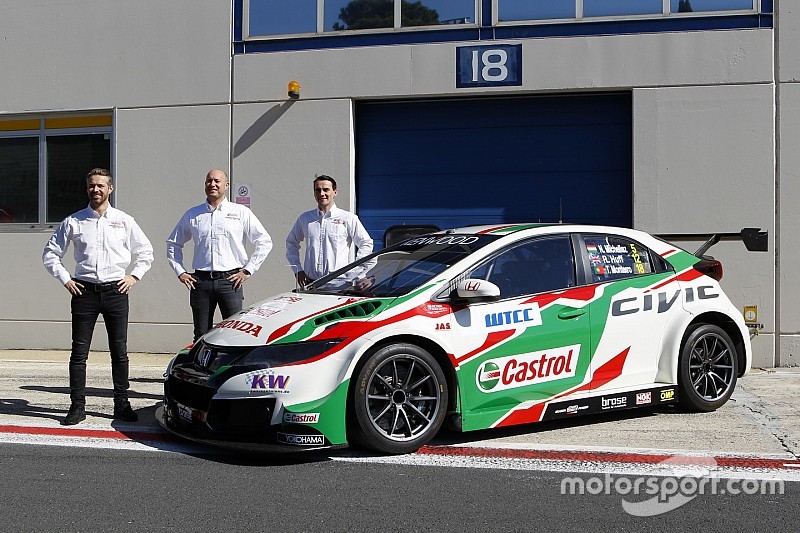 Honda's new WTCC signing Robert Huff believes that the Japanese manufacturer has seriously improved the engine on its Civic challenger over the winter.

"We have got some new engine parts, exhaust being one of them," Huff told Motorsport.com.

"I think everyone is aware that one of the weak parts of the car was the power of the engine. They have improved that over the winter quite dramatically.

"So, that’s a good improvement - whether it’s enough or not, we’ll find out [in the season opener] at Paul Ricard, I suppose. But at the moment, it looks like we have closed the gap a little bit, which is good."

Huff had tested the 2015 car at Jerez before getting his first taste of the 2016-spec machine at Valencia.

"As soon as you drive the car in the pitlane, you feel that it is well-built, well-developed, well-put together," he started.

"I obviously had last year and the year before following the [Honda] car on track, and I could see where the strong points of the car are and obviously the weak points.

"As soon as I drove the Honda, I felt straight away what I believed what I would feel and it was great."

Huff also praised Italian Gabriele Tarquini, who he effectively replaced at Honda, for his contributions to the car.

"Ultimately, when someone like Gabriele is involved in it with the experience that he has, to develop his car and help them design and build it over the last three years, you can tell he has done an amazing job.

"For me now, it is the case of learning the car as soon as possible, learning what the car likes, what it doesn’t like, how it wants to be driven, how I can adapt myself to suit the car and, obviously, try and make it go faster."

Finally, the 2012 WTCC champion revealed that it took only a week to finalise his deal with Honda after Tarquini had been dropped from the team.

With Citroen still looking as the team to beat, the 36-year-old has targeted third in the drivers' championship.

"I am really excited about this year, we know the strength of Citroen is something that will be very, very difficult to beat or even match - but with only two works drivers in Citroen, I think there’s a definite opportunity for position three in the championship.

"If we work very very well together as a team as three drivers this year, possibly there’s even a position two in the championship.

"I think what is definitely possible with the three of us is the manufacturers championship, that is a definite possibility.

"Because Citroen will always have one unknown factor in the qualifying with the MAC3, so ultimately the reason Honda went to three cars this year is because they knew they were missing something with only two cars.

"We have seen the improved run [with more drivers] with BMW, with SEAT, with Chevrolet and, of course, with Citroen now. The more cars you have, the better the opportunity."

Lopez ponders future with WEC, DTM and WTCC as his options