Honda aiming for revenge over Citroen at the Nurburgring

The fight for supremacy in WTCC appears closer than ever as the series arrives at the Nurburgring Nordschleife for the second time.

Citroen still leads the way in the drivers' and manufacturers' standings, but has Honda hot on its heels after eight races.

WTCC's debut at the venue last year was a Citroen sweep, a 1-2-3 in the first race, dominated by Jose Maria Lopez, and a 1-2 in the second one, where Lopez grabbed runner-up on the final lap on the back straight, slipstreaming past both of the Honda Civics of Tiago Monteiro and Gabriele Tarquini.

However, Honda has all the reason to expect it can leave the Nordschleife with more than a single podium this year.

"So far in 2016, the Civic WTCC has been right on the pace at every circuit, regardless of the level of compensation weight we've carried, and that gives us a lot of confidence as to what to expect this weekend," said Honda's top driver in the points, Tiago Monteiro. 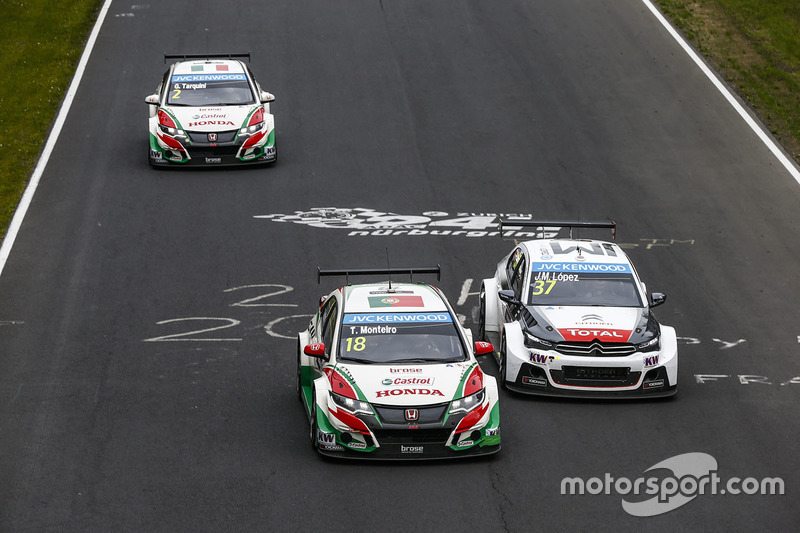 "The handling of the Civic is its main strength, and this will be extremely useful through the many different kinds of corners at the Nurburgring, although overtaking will be tough because the hatchback shape of the car generates more drag than the saloons."

Rob Huff, a two-time winner this season, will be on double duty, also racing a Mercedes-AMG GT3 in the Nurburgring 24 Hours on the same weekend.

"So while this will be quite a challenge physically and mentally, the benefit is that this will give me significantly more track time than most of the other drivers, which I aim to use to my advantage.

"A touring car is actually a much bigger challenge than a GT3 machine at this circuit because you really have to get it on a knife-edge to extract maximum performance. I'm looking forward to putting the Civic to the test."

Lada and Volvo expected to do well 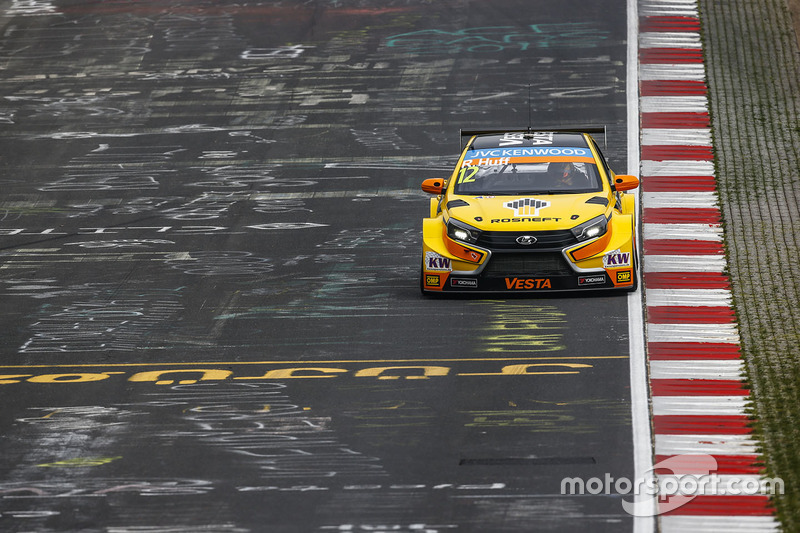 While the Citroen/Honda battle has been the focus, the other manufacturer teams Lada and Volvo have been making gains, albeit intermittently.

And, for Lada, this is a circuit it looked strong at last year. With sportscar star Nicky Catsburg under its wing, it has one driver with strong knowledge of the track, alongside Gabriele Tarquini and Hugo Valente, who have both been racking up the points this season.

Polestar Cyan Racing heads in with no compensation weight on its Volvo S60s, and both drivers Thed Bjork and Fredrik Ekblom are familiar with the notorious circuit.

The S60's profile is likely to suit the track and. with 80kg less weight on board than Citroen, it could be the Swedish marque's chance to shine - as long as the rain, which has proven to be Volvo's Achilles' heel this season, stays away.

There will also be attention on Munnich Motorsport, which again field Sabine Schmitz in the race, another driver who will be competing in the 24 Hours as well.

The Top Gear presenter struggled to adapt to the front-wheel drive Chevrolet Cruze last year, but still picked up points in Race 1, fighting off a race-long charge from then Lada driver Jaap van Lagen.

This weekend, she will have the whole focus of the team as its only entrant, with renowned engineer Marco Calovolo, who has engineered wins for Adam Morgan in the BTCC and for Kia in the CTCC this season, on hand.

Record number of cars on track 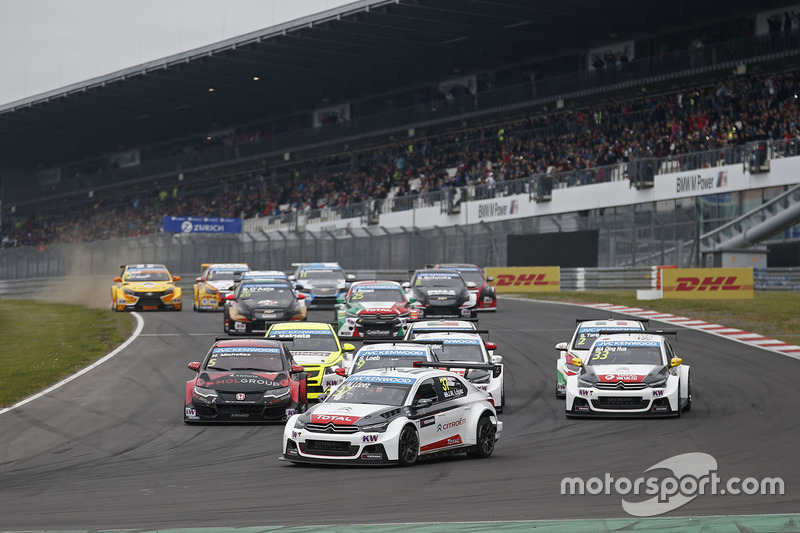 It will also be a record-breaking round for the WTCC as the field will be combined with the European Touring Car Cup's, creating the potential for up to 38 cars to be on circuit at the same time.

This could prove to be quite a challenge in practice and qualifying, which all take on a one-hour format for this weekend only, with the speed differential between the top-class Super 2000 TC1 cars and the ETCC's second-tier normally-aspirated 1.6-litre Super 1600 Ford Fiestas and Peugeot 207s akin to that of a typical sportscar race.

The ETCC's 10 TCN2 (also known as TCR-class) cars will also be battling at the same time as the WTCC, with Peugeot bringing their 308 Racing Cup car to the series for the first time with Teddy Clairet and David Pouget.

ETCC drivers will, however, do a staggered start in the race, ensuring they run separately to the world championship.

Citroën C-Elysée WTCC takes on the Nürburgring and the Nordschleife