Guerrieri "in love" with WTCC after Argentina debut 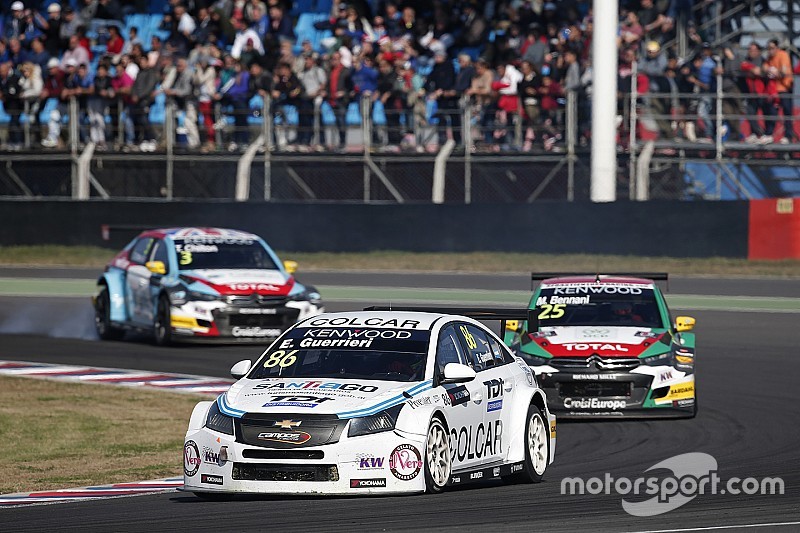 Esteban Guerrieri has declared himself "in love" with the WTCC after his debut appearance in the championship last weekend at Termas de Rio Hondo.

The home hero, driving a Campos-run Chevrolet Cruze, led both practice sessions and effectively scored pole before his lap time was disallowed.

He had a strong possibility for a surprise win, or at least to challenge the top runners, but a series of problems on race day prevented him from delivering on the promise he had shown.

"It wasn’t the best day because we had a few problems with the clutch in the first race," said Guerrieri.

"I had a bad start and then we had a touch with a Honda Civic and it broke my upright, so I had to stop. In race two again we had no clutch so I made another manual start, which wasn’t ideal."

Braking issues added to the problems, preventing the Argentinian from fighting for higher positions: "I made some positions back, but I got into a rhythm that wasn’t the best because I started to have problems with the braking.

"It wasn’t the best place but to finish the race it is still good for all the guys after all the effort, it’s cool and I’m happy with this."

After the main race, Guerrieri admitted he loved the experience and would like to come back on a more regular basis: "Now the weekend has finished I would say I love the WTCC.

"I was focused on doing my best this weekend. It’s definitely a category that’s nice, it’s a world championship and this weekend I tested myself against a very good level of drivers, good guys driving out there and good teams.

"It’s the best touring car championship in the world and if there is a chance I would be very keen to analyse it and go forward."

WTCC's Thailand round could face cancellation