A day to remember for Citroën and Honda driver Bennani 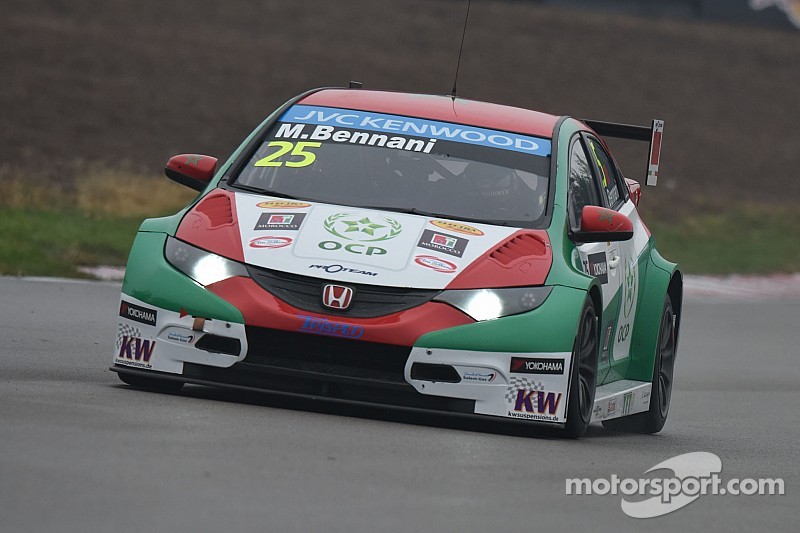 Citroën, on its first season in WTCC and touring car racing, mathematically conquered the Manufacturers’ title.

It was an emotional day, today in Shanghai, as the two races gave plenty of reasons to celebrate to many.

Citroën, on its first season in WTCC and touring car racing, mathematically conquered the Manufacturers’ title which was secured with a superb 1-2-3-4 finish in Race 1. Victory was for José María López, who concluded the weekend increasing his advantage in the Drivers’ standings to 93 points and thus getting closer to the title.

The Argentine preceded team mates Ma Qing Hua, who shone in front of his home public, Yvan Muller (later ousted of Race 2 by a race incident) and Sébastien Loeb. As French flags and caps flourished in front of the podium of Race 1, the team led by Yves Matton could rightly express their joy for such a significant achievement.

There were again tears at the end of Race 2, as Mehdi Bennani wrote history, taking his (and Proteam Racing’s) maiden overall win in the FIA WTCC. This was the first time a Moroccan driver wins an FIA World Championship event. It was also the first win of the season, and with a TC1 car, for Honda. The Civic cars rounded the excellent weekend with a 1-2, thanks to Tiago Monteiro’s second position, proving their progress and giving Japanese fans a reason more to visit Suzuka in two weeks.

Last but not least, another proud and happy man was Franz Engstler, who brought home a well-deserved title in the Yokohama Trophy with the BMW 320 TC of his own team.

Shanghai’s crowded grandstands and festive atmosphere underlined the successful Chinese campaign of the WTCC, which also threw a very interesting verdict: the four Chinese races were won by four different brands: Chevrolet and LADA in Beijing and Citroën and Honda in Shanghai.

The championship will resume in two weeks at Suzuka, Japan, on October 26, for rounds 21 and 22.

“C’est fait!”, it’s done. That’s what the Citroën team could say, with emotion and relief, at the end of a Race 1 in Shanghai that they dominated from beginning to the end.

The final 1-2-3-4 ensured in the most brilliant way the Manufacturers’ title for the French car maker. “We are happy for the great job the entire team did and proud to reach the title here in China,” said Team Principal Yves Matton.

The win was for José María López who kept the advantage of the pole ahead team-mates Ma Qing Hua and Yvan Muller, while Sébastien Loeb had to battle against the Honda cars to conquer the fourth spot.
The first non-Citroën at the end was Norbert Michelisz, who defended strenuously his 5th position from Tarquini and Monteiro.

Time to celebrate also for Franz Engstler, who won the TC2T race and secured the Yokohama Trophy title and his team-mate Filipe De Souza took the honours in the Asia Trophy.

“If it is a dream, wake me up!”: Mehdi Bennani will certainly never forget this day.

The Moroccan driver put a fantastic performance in Race 2 to take his maiden overall win in the WTCC and give Honda its first success of the year. It was also the first WTCC win for the Proteam Racing of Valmiro Presenzini.

The great afternoon of the Civic cars was completed by Tiago Monteiro, who signed the 1-2 for the Japanese manufacturer while Norbert Michelisz took the last spot of the top 5.

Citroën had a more difficult Race 2, as Muller and Loeb collided in the early laps and Ma made a couple of slight off-tracks. José María López took third but was never really in a position to threaten the two leading Honda cars, while Loeb and Ma concluded fourth and sixth. Coronel, Chilton, Valente and Borković took the remaining points with their Chevrolet cars; Engstler and De Souza encored victories in the TC2T class and the Asia Trophy respectively.