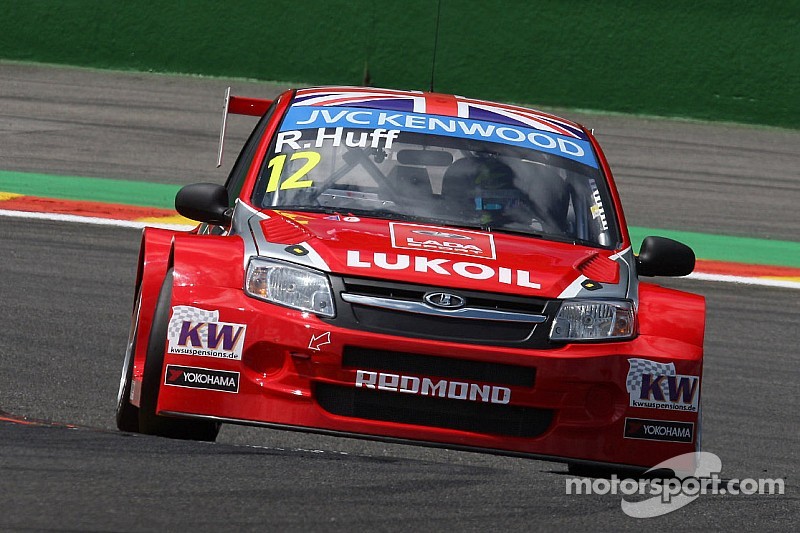 The Beijing rounds of the FIA WTCC brought surprise, excitement and emotion, as they crowned two unexpected heroes.

Rob Huff and LADA wrote history in Race 2: the former World Champion gave the Russian constructor its first ever win in the FIA WTCC, a well-deserved reward for the hard work put on by the outfit led by Viktor Shapovalov, after making a perfect use of his P1 in the reversed grid.

There were heartfelt hugs and tears among the “red boys” as they gathered around the winning Granta and were sportively cheered at by the entire WTCC community.

Earlier in the afternoon, another Brit, Tom Chilton, brought to victory in Race 1 the Chevrolet Cruze of ROAL Motorsport, after conquering the pole position in the morning and outpacing the competition with great style. The Italian team rounded the Chinese weekend with the second position of Tom Coronel in Race 2.

Chinese fans that came to Goldenport Park for the first WTCC event in Beijing were delighted after living two moments that will stay among the highlights of the 2014 season. It was the first time this year that Citroën did not win one of the event’s races, although the C-Elysée cars collected three podium finishes (one per each of its regular drivers) and is now near to mathematically reach the Manufacturers’ title.

The fight for the Drivers’ crown remains open, although Juan María López has slightly increased his advantage, up to 66 points ahead the Shanghai round next weekend, where the championship will resume for rounds 19 and 20.

Race 1 – Chilton from lights to flag

“Absolutely fabulous!” Tom Chilton had the right words to describe his sensational win in Race 1 at Beijing. The Brit had surprised everybody taking the pole in the morning and was simply unapproachable during the race. A long safety-car period as from lap 3, caused by an accident between Borković and Münnich, which provisionally cancelled Chilton’s 4-second advantage, didn’t impact at all on the his composure.

Yvan Muller and championship leader José María López completed the podium for Citroën, with the Frenchman securing second as from the start when he passed Tarquini. The Italian lost third in the closing laps, falling as an indirect victim of Ma’s off-track. The race of the local Chinese star ended when he went wide and hit the tire wall. Franz Engstler won once again among TC2 contenders.

There were a lot of red flags waving this afternoon at Goldenport Park to celebrate a much-awaited moment: LADA made history by taking its first ever win in the FIA WTCC. It happened thanks to Rob Huff, who made a perfect race, making good an excellent use of P1 in the reversed grid and keeping control of everything during the entire race.

The Brit was escorted from the beginning by Tom Coronel, who completed the excellent weekend of the ROAL Motorsport Chevrolet Cruze cars, while Sébastien Loeb completed the podium, ahead of José María López, who grabs some extra points over Yvan Muller, today 9th. James Thompson, 6th, gave LADA another handful of points, while Franz Engstler took another victory in TC2 recovering from a spin at mid-race.