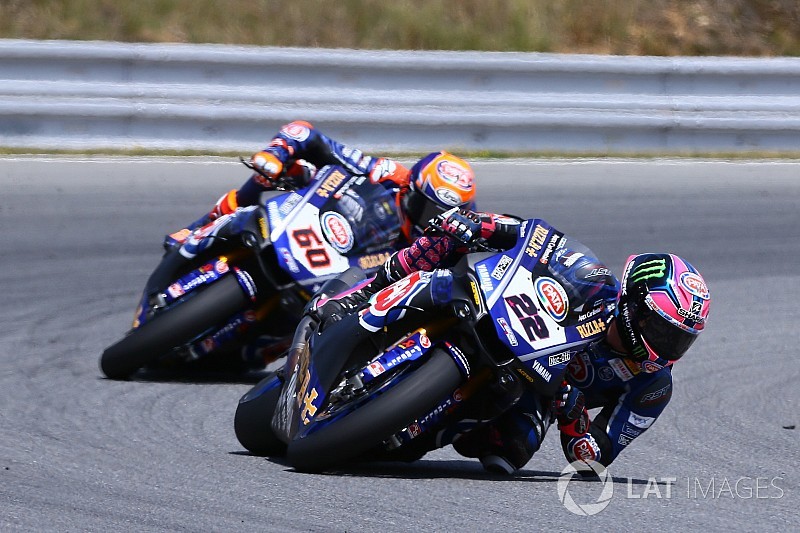 Lowes and van der Mark had both been linked to the Kawasaki seat vacated by Tom Sykes for next year, though British Superbike series leader Leon Haslam now appears to be favourite for the ride.

The Yamaha duo have tallied up the Japanese marque's first wins since 2011, and it is thought this upturn in form with the R1 has swayed both riders into remaining with the Crescent-run squad.

They currently sit third and sixth in the standings, 122 and 177 points down on leader Jonathan Rea respectively, with van der Mark ahead.

Van der Mark, who became the Netherlands' first ever WSBK winner when he did the double at Donington in May, believes “significant progress” has been made with the bike, and has his sights fixed on a title challenge in 2019.

“I am really happy to have signed for a third season with Yamaha,” van der Mark, who will partner Lowes in next weekend's Suzuka 8 Hours, said.

“I trust in this project, Yamaha believes in me as a rider and this makes for a strong combination.

“While we're still working to improve, it is clear that we have made significant progress, to the point where we're now winning races and fighting at the front every weekend.

“I am looking forward to continuing this trend and making the next step forward as we work towards our main goal of fighting for the World Championship title together.”

Lowes, who took his first WSBK win at Brno, added: “I am really happy to continue as a part of Yamaha's World Superbike project, having been involved since they returned to the series in 2016.

“Since then we've been through a lot together; some ups, some downs, but we're definitely on an upward trajectory now.

“It was great to get my first race win this season but, of course, this success just means we expect more every weekend.

“I believe so much in this project, my ambition has always been to see it through to a World Championship title and I don't think that's unrealistic given the progress we've made.

“I have never enjoyed racing as much as I do with this team and I will continue to give it my all to get to where Yamaha needs to be.”

Sykes, whose departure from Kawasaki was announced this week, has been linked to a Yamaha move with World Supersport champion team GRT, which could step up to WSBK next year with a two-bike entry.

Both reigning WSS champion Lucas Mahias and current points leader Sandro Cortese have been rumoured to get one of those R1s, while Ducati's Marco Melandri has also been touted as a possible rider for the team.

Sykes and Kawasaki to part ways at the end of 2018