Yamaha boss hits out at Kawasaki after Razgatlioglu penalty

Yamaha World Superbike boss Paul Denning has hit out at Kawasaki for filing the protest that led to Toprak Razgatlioglu being stripped of his victory in the Superpole race at Magny-Cours on Sunday.

Following the conclusion of the final race of the weekend at the French circuit, it was announced that Razgatlioglu had been penalised for exceeding track limits on the last lap of the Superpole race, handing victory to Jonathan Rea and denying Razgatlioglu a clean sweep of wins.

It also had the effect of cutting what had been a 13-point championship lead for Razgatlioglu to seven points with five rounds to go.

The decision came after Kawasaki filed a protest, with on-board footage from Rea's bike showing that Razgatlioglu's works Yamaha ran on to the green part of the tarmac exiting the 180-degree corner through the Turn 10 kink leading up to the Imola chicane.

Denning denied Razgatlioglu gained any advantage from the transgression and asserted that, had the roles been reversed Yamaha would not have raised the issue with the stewards.

“It’s disappointing of course," Denning told the official WSBK website. "This weekend we saw incredible fighting between the two championship protagonists. For our team, the first time we’ve won all three races. For Toprak, the first time he’s won all three races. An amazing sporting spectacle and amazing respect between these two fantastic riders.

"And then, after the end of Race 2 where we had been on pole position because of the result of the Superpole Race, the stewards made a decision after a protest that there was a tiny infringement on the last lap from Toprak touching the green on the exit of 9 and 10.

“This was caused by a protest from Kawasaki. It’s disappointing because honestly, genuinely, it’s not something we would’ve done, when a rider has gained zero advantage.

"You’re talking about 5mm of the rear tyre just touching the green, something that race direction had seen themselves, checked from the live footage, decided there absolutely was not a problem because there was not any advantage and it wasn’t clear he was on the green.

"But after they received the protest, they had to use all the tools they have, and this includes the onboard footage from Jonathan’s bike. They were able to see that there was a small amount [of tyre] on the green.

"If this is the way Kawasaki want to play, then maybe the sporting atmosphere will change a little bit.” 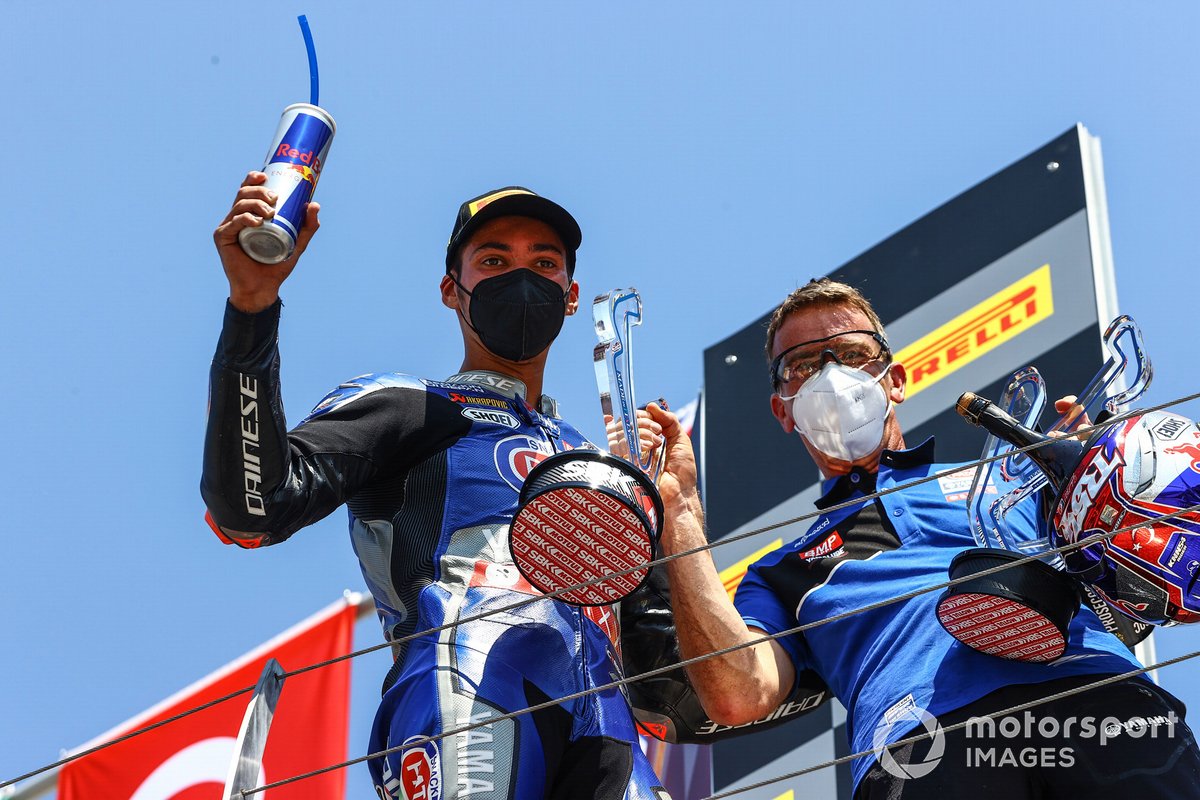 Denning's opposite number at Kawasaki, Guim Roda, used the team's official Instagram page to put forward his view on the situation.

He cited the precedent set in the World Supersport 300 race at Assen, where Ana Carrasco was handed a similar penalty, to justify the protest against Razgatlioglu at Magny-Cours.

“As an example, in Assen, Race Direction penalised Ana Carrasco on the last lap because somebody push her out of the track limits," said Roda. "This was unfortunate and also unlucky. Ana complained about this, but I said to her, ‘a rule is rule and we must accept and be more clever next time’.

"On the last lap of any race run under these rules it is very important to ride the limits but not to cross them… and one of the most important things to consider is not to go off the track.

"This part of the track at Magny-Cours, at the level Rea and Toprak are fighting, would give an advantage; small but still an advantage.

"For me, it was enough to refer to the rules and make a comment to race direction. Ultimately the decision is not mine, It is FIM who consider independently, this is the same for everyone.”

Locatelli to stay at Yamaha next year

Denning also took the opportunity to essentially confirm that Andrea Locatelli will remain as Razgatlioglu's teammate in 2022. 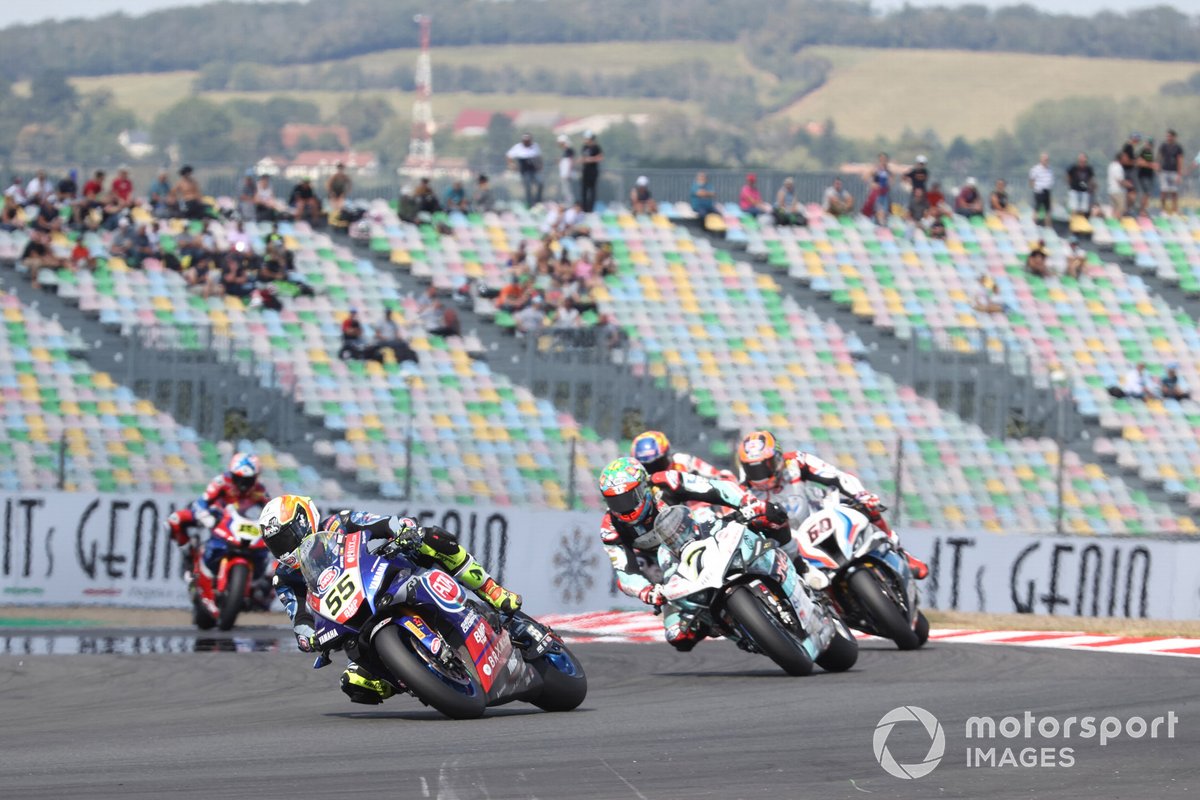 Locatelli now sits fourth in the championship after extending his streak of top-four finishes in all three Magny-Cours races, including a third-place finish behind Razgatlioglu and Rea in Saturday's opener.

"He’s really coming and showing the whole Yamaha project is working in the right way," said Denning of Locatelli. "It could be special as we go to more traditional Grand Prix tracks that he’s more accustomed to like Barcelona and Jerez. I think 'Loca' will be really good at both those tracks.

"It’ll be a big fight with all the guys as normal but more importantly for Andrea is that his confidence and his ability to fight and his ability to withstand pressure, everything is improving all the time. We didn’t make a formal announcement yet, but he will be with us next year."