WSBK riders mix it up at the Portimão beach 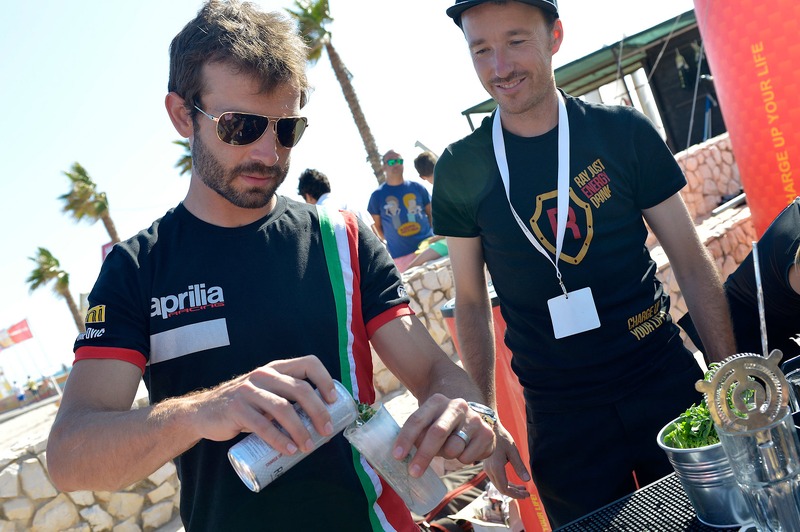 Today's event has certainly set the stage for a great Portuguese WSBK weekend.

Portimão (Portugal) - Portimão’s stunning Marina area was the location for today’s eighth media event of the season, which kick-started the Portuguese round of the 2014 eni FIM Superbike World Championship.

The riders were then invited to try their hand at cocktail mixing Portuguese style in front of the assembled crowd, many of whom had ventured from the adjacent beach to watch.

Reigning champion Tom Sykes (Kawasaki Racing Team) made an unexpected appearance but politely refused to sample one of multi-coloured cocktails mixed by his rivals.

Today's event has certainly set the stage for a great Portuguese WSBK weekend with the on track action beginning tomorrow with the free practice sessions for all classes.

WSBK heads to Algarve for Round 8

Melandri edges Sykes and Rea in opening day at Portimão