WSBK enters second half of the season at Moscow Raceway 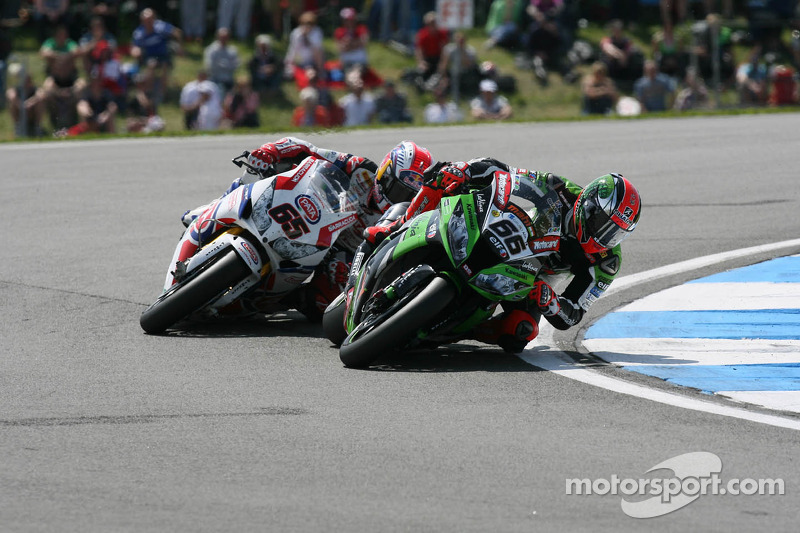 Tom Sykes enters the round in Russia as the first Kawasaki rider, after 19 years, to lead the World Superbike standings.

Rome (Italy), Monday 15 July 2013 – The eni FIM Superbike World Championship is travelling to Moscow Raceway for the eighth round of the season, scheduled for the upcoming weekend. The Russian track made its debut on the world scene last year, marking a new era in motorcycle racing.

Tom Sykes (Kawasaki Racing Team) enters the round as the first Kawasaki rider, after 19 years, to lead the World Superbike standings: in 1994, reigning Champion Scott Russell got back on top in the points after a double victory at Sugo (Japan), before eventually losing the title by the hands of Carl Fogarty.

The British rider has also the chance to equal Ben Spies' record of seven pole positions in a row, as Sykes has been victorious in every Tissot-Superpole from Round 2 onwards this year. Back to action after a perfect Italian weekend at Imola, Sykes hopes to maintain his Championship form, on the track that saw him finishing 1st and 2nd in the two races last time out.

Unseated from the lead for the first time in 2013, Sylvain Guintoli (Aprilia Racing Team) hopes to step up his game again to slow down Sykes' impressive momentum. The 31 year old Frenchman had a difficult time in Moscow the past year, with a disappointing DNF and an 11th place on race day.

A vital opportunity to stay in contention for the title awaits Eugene Laverty (Aprilia Racing Team) and Marco Melandri (BMW Motorrad GoldBet), both aiming to narrow their further increased gaps (45 and 53 points respectively) from the top after Round 7. In 2012 Melandri lived in Russia one of the best moments of his WSBK career, when he grabbed the Championship lead – for the first time ever – only to lose it the following event.

After the successful test for the Suzuka 8 Hours, in which they will take part later in the month, Pata Honda riders Jonathan Rea and Leon Haslam will try and take the best out of the encouraging indications that came out of the one-day, post-race Official Test at Imola, two weeks ago.

Despite a lack of podium finishes in 2013, Leon Camier (FIXI Crescent Suzuki) and Carlos Checa (Team Ducati Alstare) hope that the hard work done so far will bear fruit this weekend, in order to finally be able to battle for the top-3.

Lowes, on the other hand, was able to limit the damage in the previous race at Imola by ending up 2nd after a difficult start of the race and a last-turn overtake on team mate Vladimir Leonov. The young Brit, in fact, still leads the standings with a considerable 34 points gap over the three-time World Supersport Champion. Leonov's first podium of the season came at the right time, as the local rider is hoping to shine again in front of his home crowd after last year's third place finish.

Despite the 55 point separation from the top, Fabien Foret still holds a key-role in the title fight, as the only way for the Frenchman to stay in contention for victory is to aim for the win at every round. Pata Honda riders Michael van der Mark and Lorenzo Zanetti will are still looking for the team's first win in the season, with the Italian who scored at Moscow Raceway two top-10 finishes in 2012, as he was racing onboard a Ducati 1198 in the Superbike class.

Irishman Jack Kennedy will debut on Rivamoto Team's home track, while Vladimir Ivanov (DMC-Lorenzini Kawasaki) won't be part of the game as he is still recovering from multiple injuries he sustained after a massive crash at Imola. The rider from St. Petersburg, who was moved out of intensive care one week ago, will be replaced by team mate and STK600 rider Alexey Ivanov.

Sheridan Morais (PTR Honda) will sit out the Russian round too, as he agreed with the team to miss the race in order to use the 4-week break to let his shoulder heal properly. American Kenny Noyes will step in for the injured South African rider.