WorldSBK: The Men Who Would Be King 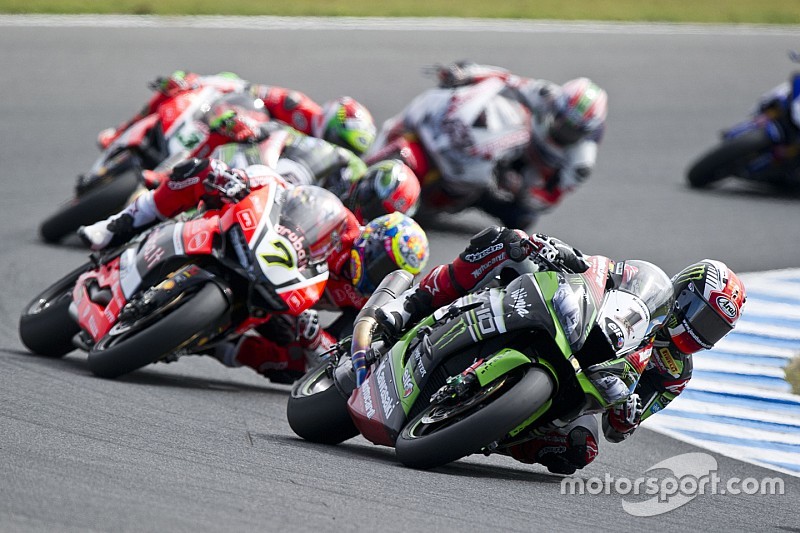 The next race weekend is the Pirelli Aragón Round, with the old Kingdom of Aragón having staged the Ducati 1199 Panigale R’s first win

MotorLand lies in the Teruel province of Aragón, the crowning glory set in the middle of the dry, arid countryside of the landscape around the city of Alcañiz. Built due to the history of racing in the vicinity, MotorLand is a modern, spectacular and technical track that is often cited by riders as a favourite. It was also the stage for the first win for the Ducati 1199 Panigale R in 2015 in Race 2, with winner Chaz Davies getting close to hitting that milestone a few hours before: the winning margin between him and Rea in Race 1 was recorded as only 0.051 seconds in favour of the Northern Irishman.

The next Ducati victory ?

This year, the Panigale R arrives as a winner. With five victories for the bike as we approach Round 3 of the 2016 Season, the question only remains as to when that count will get higher. With Davies showing great pace so far in 2016 and teammate Davide Giugliano beginning the season injury free, MotorLand could well host the next Ducati victory and the first in 2016.

Kawasaki rider Jonathan Rea, however, surely has another plan. After doing the double at Phillip Island and splitting the spoils down the middle with his teammate in Thailand, the reigning Champion is in fantastic form. Buriram saw his teammate Tom Sykes able to fight with him on a more even footing and beat him at his own game, but the Yorkshireman will have to do that every weekend to start stamping his authority on the Championship once more, as he did in 2013. Taking into account the others on the grid who are both eager to and capable of deposing the Kawasaki dominance we have seen so far this season, MotorLand should be a fantastic battle once again.

A threat for a maiden win

Michael van der Mark went into Race 2 in Thailand with a 100% podium record in 2016, and only just missed out on keeping that going with a controlled ride to P4 on the Sunday in Buriram. With an updated Fireblade and the Honda rider’s talent for finding the limit and, seemingly, remaining on the right side of it, he will surely be a threat for a maiden win until such time as he achieves it.

His teammate could also prove a tough adversary. With growing experience of both the bike and especially the tyres, 2006 MotoGP World Champion Nicky Hayden heads to MotorLand as a beginner in WorldSBK but a veteran of the circuit, having ridden there in MotoGP since 2010: a year he finished on the podium in the first GP held at the track.

Another newer face on the grid who nevertheless counts on great experience of MotorLand is Spanish Althea BMW rider Jordi Torres. Now recovered from his injury in testing and having scored good points at Phillip Island and Buriram, the local rider knows MotorLand from his time in the FIM CEV Repsol and the Moto2 World Championship and is sure to put on another fantastic show.

Returning manufacturer Yamaha will be hoping to keep building on their start to the year, with the YZF R1 making good progress on the path to becoming a winner in the hands of Alex Lowes and Sylvain Guintoli. MV Agusta, meanwhile, count on points scoring finishes at MotorLand and will look to Leon Camier to keep his impressive 2016 form going and push the bike forward even further in their development program.

Since WorldSBK visited Aragón last year, the deck has shuffled, that much is sure. What remains to be seen is who played an ace in Thailand and who is holding the best hand as we fit together the jigsaw of what 2016 will have in store for us, with MotorLand ready to reveal it’s piece of the puzzle on Saturday and Sunday at 13:00 local time (GMT +2).

Ducati "missing that last bit" to beat the Kawasakis - Davies