WorldSBK at Magny-Cours: The assault for the title continues 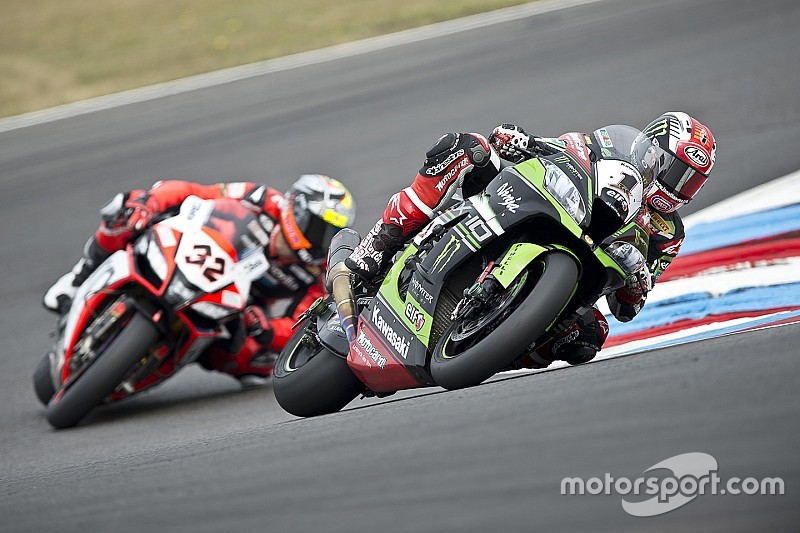 All eyes are on Rea ahead of the Fassi French Round

Situated in the centre of France, some 250 kilometers south of Paris, the Circuit de Nevers Magny-Cours is an iconic staple of French Motor Racing and Round 11 will mark the 25th anniversary of WorldSBK at Magny-Cours. It is set to be a thrilling Round as six titles have been decided here in the past and this year is no exception.

Heading into the round it will be Kawasaki Racing Team’s Jonathan Rea who will look to continue his winning form in France with 50 points up for grabs if he repeats last year's form and does the double.

Aruba.it Racing – Ducati’s Chaz Davies will be one to watch, heading into Round 11 with a dominant victory under his belt from the Lausitzring and a podium finish at Magny-Cours last year, if anyone is going to put the pressure on Rea, it may as well be Davies.

Sylvain Guintoli will be flying the home flag in Magny-Cours ahead of his second round back to racing after injury. In Round 10 the Frenchman proved he’s stronger than ever after finishing fifth in Race 2 in Germany. Both Guintoli and teammate Alex Lowes have put their Yamahas to the test at Magny-Cours in a private test at the French circuit over the summer. The extra track time could give them an advantage heading into the weekend.

Magny–Cours will be a new frontier for Honda World Superbike Team’s Nicky Hayden, but the Kentucky Kid has his fourth podium from Germany and his wealth of Grand Prix experience to count on heading into the round.

Last time in France, Leon Camier brought his MV Agusta home in fifth, while the last round at the Lausitzring saw him finish in fourth, just narrowly missing out on a podium finish. The Brit was disappointed with his efforts despite achieving his season best result, setting his sights firmly on the podium for Magny-Cours. While fresh from his first podium in WorldSBK, Alex De Angelis heads to France knowing his Aprilia has the speed to fight for more. Will Magny-Cours see the rider from San Marino climb onto the rostrum once again? And will Camier achieve his podium goals? Only time will tell.

The WorldSBK Paddock will be back on track on Friday 30th of September for Round 11 of the MOTUL FIM Superbike World Championship at the Circuit de Nevers, Magny-Cours.

Chaz Davies sets the best time on Friday at Magny-Cours