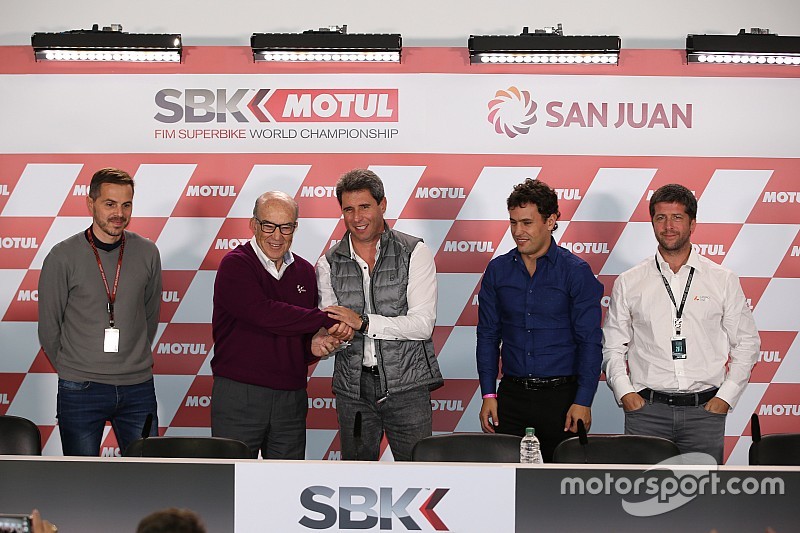 The World Superbike championship will visit a new Argentinian circuit, the Autodromo Villicum, from next season onwards.

The 4.7km-long circuit, situated in Argentina's San Juan province, is currently under construction, but is close to being completed.

It will have an international licence, homologated to host both FIA and FIM championships.

As well as World Superbikes, the track is set to also host national touring car championships, and will have its own karting track.

Villicum will be in competition with the country's other major circuit, Termas de Rio Hondo, which is currently hosting the second round of the 2017 MotoGP season.

However, Argentina does not currently feature on the WSBK schedule, and is set to be the fifth location outside of Europe alongside Australia, Thailand, the United States and Qatar.

Carmelo Ezpeleta, CEO of WSBK's commercial rights holder Dorna said: "It's a big pleasure for all of us in Dorna to have the possibility to announce this new race for the World SBK in Argentina.

"It is important to say, always a new race is very welcome, but here it is a special day for us because it is the first time that the WorldSBK will come to South America after more than 25 years in the series history.

"Also is important to say that between our two calendars, MotoGP and WorldSBK, only 10 countries in the world host both championships.

"I'm sure this WorldSBK race will be a fantastic event. I saw the pictures of the El Villicum circuit and I hope to visit it very soon but most of all I want to say thank you to the province of San Juan to trust us and give us the opportunity."

WSBK executive director Daniel Carrera confirmed the series is set to visit the track at the end of the 2018 season, around October.