Michael van der Mark will remain with BMW in the World Superbike Championship next year after signing a new one-year contract with the German manufacturer.

Five-time race winner van der Mark joined BMW at the start of the 2021 WSBK season after a long stint at Yamaha, scoring its first victory in eight years in a wet Superpole race at Portimao.

Although the Dutch rider has been mostly out of action this year due to a pre-season injury and a subsequent crash at Estoril that followed his return at Assen, BMW has handed him a new contract that will ensure he will remain on a M1000RR for a third consecutive season in 2023.

With this announcement, BMW has locked in its works rider line-up for next year, with new 2022 teammate Scott Redding believed to be on a multi-year contract.

“I am very happy in the BMW Motorrad Motorsport family and pleased about the extension of our collaboration,” said van der Mark.

“Unfortunately, for me personally, the current season has not worked out how I had imagined so far. However, I cannot change that. It is now important to recover fully.

“Personally, I want to get back on my BMW M1000RR as quickly as possible. I miss everything – the team, the bike, racing. However, all that matters is what the doctors say, and I am following their recommendations.

“We’ll have to see exactly when I can race again. I saw at Assen just how much potential the bike has this season, and the project has made further progress since then – you could see that in the recent races, and it was confirmed by Scott’s podium last time out at Donington.

“I am looking forward to returning to action and doing my bit. I am sure we have a successful future together.” 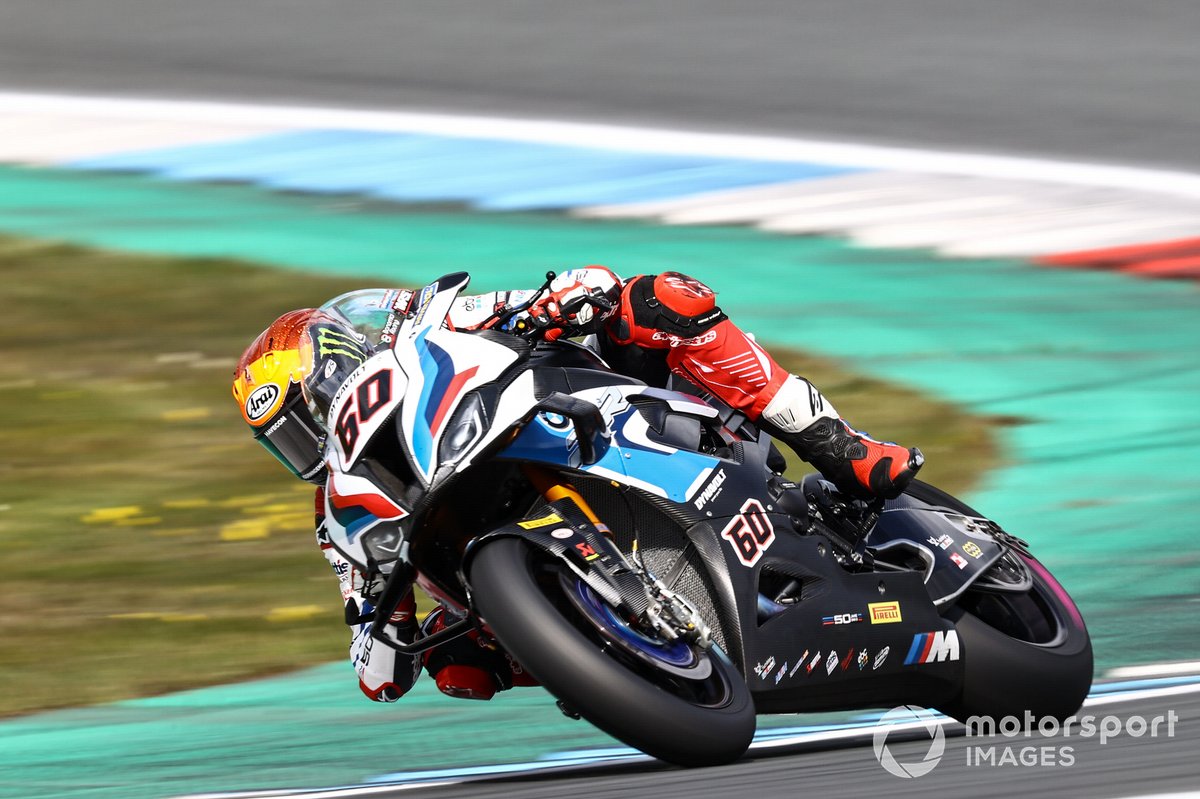 BMW has slipped to last place in the manufacturers’ championship behind a vastly-improved Honda marque this year, but a major upgrade introduced to the factory bike of Redding and the satellite machine of Loris Baz at Donington Park has uplifted its prospects for the remainder of the season.

Boosted by a new swingarm and a raft of other updates, Redding scored BMW’s first podium of the season in the Superpole race at the Leicestershire venue and finished inside the top five in each of the three races.

Ilya Mikhalchik continues to occupy the second works seat at BMW, with the German marque yet to provide a timeline of van der Mark’s return from injury.

“We are very pleased that Michael is remaining with us,” said BMW Motorrad Motorsport Director Marc Bongers.

“In his first season, in 2021, he adapted very well to the BMW M1000RR, which was initially unfamiliar to him. He confirmed this with victory at Portimao.

“His contribution to the development of the M RR in its first season was hugely important to our whole project.

“Unfortunately, Michael has been plagued by injury since the winter. However, we are confident that, when he is fit and can race again, he will soon return to his original strength on the M RR, and be able to build on that.

“It was important to us to complete the contract extension before the summer break, also to express our faith in him, which allows him to focus fully on his recovery. We are looking forward to his comeback and a strong 2023 season together.”