The Ten Kate Yamaha team will make its World Superbike return at June's Jerez round, and has unveiled its colours for the 2019 season at an event in the Netherlands.

The former WSBK champion outfit was forced into bankruptcy at the end of last year when Honda suddenly ended its 18-year partnership with Ten Kate to form an HRC-backed outfit with Moriwaki and Althea.

Ten Kate worked through the winter to get plans together for a return this season, and confirmed it would be fielding a one-bike works-supported Yamaha effort with Loris Baz as the rider.

Announcing its 2019 plans prior to the Assen round last week, the team stated its intentions to return to action at either next month's Imola round, or the following event at Jerez.

Unveiling its livery at an event at its base in Niewsleusen at the weekend, the team confirmed it would be on track for the Jerez round, and will test at Misano at the end of this month.

“This is the first time I am wearing the new leathers and that I see the bike,” Baz, who has ridden Yamaha machinery in European Superstock and in MotoGP, said at the event.

“The R1 looks just amazing, and this makes waiting till our first race together even harder for me.”

Baz admitted to Motorsport.com he had offers to race in British Superbikes and in MotoAmerica this year after missing out on a place in WSBK for 2019, but was not convinced the machinery being offered to him was good enough to allow him to fight at the front of those series.

Team boss Ronald Ten Kate revealed at Assen Honda did not offer a “motivated” reason for ending its partnership, and says everything was in place to carry on with the Japanese marque in 2019. 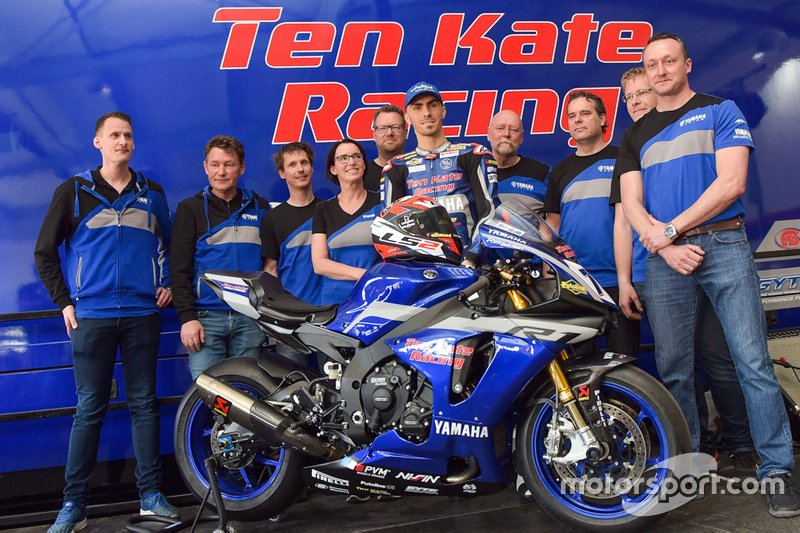 WSBK: Rinaldi wins as Razgatlioglu takes lead in the championship

WSBK: Redding recovers from 9th to take the win in Race 1

More from
Loris Baz
Other bike