One-time World Superbike champion Tom Sykes has praised BMW for the jump in performance it has made with the introduction of the new M1000RR bike at Aragon.

For its third season in WSBK since its return, BMW has replaced the outgoing S1000RR model with a brand new bike, with the engine one of the key areas where it has focused on to take the fight to Kawasaki, Ducati and Yamaha.

Sykes immediately validated BMW’s improved pace by qualifying on the front row for Race 1, less than four tenths off Kawasaki polesitter Jonathan Rea, and secured a best finish of fourth in the second full-distance race of the weekend after charging from the back of the pack on a damp-but-drying track.

New teammate Michael van der Mark, poached from Yamaha, bagged two top-five finishes over the course of the weekend to put BMW fourth in the manufacturers' standings ahead of Honda.

Sykes was impressed by how BMW has cut the gap to the front in 2021, hailing the marque for turning its straightline speed weakness into a strength.

The British rider didn't finish higher than ninth in any of the two rounds at Aragon last year, while then-teammate Eugene Laverty could break inside the top 10 only once during the same period.

“Overall the pace was there, I have to look at the positives,” said Sykes. “On intermediate tyres we were really close to a strong manufacturer in Kawasaki.

“This is the first weekend for the new M1000RR and there are some positives to be taken: front row start, Michael fifth in the sprint race, me fourth in this race, more speed from the engine - I think everybody saw that. Lots of good positives. My focus now is to build on those.

“Aragon was a big challenge for us last year. Estoril was a royal pain in the arse last year so I’d really want to go to Estoril and try to maintain this momentum and just really turn around our mixed fortunes.” 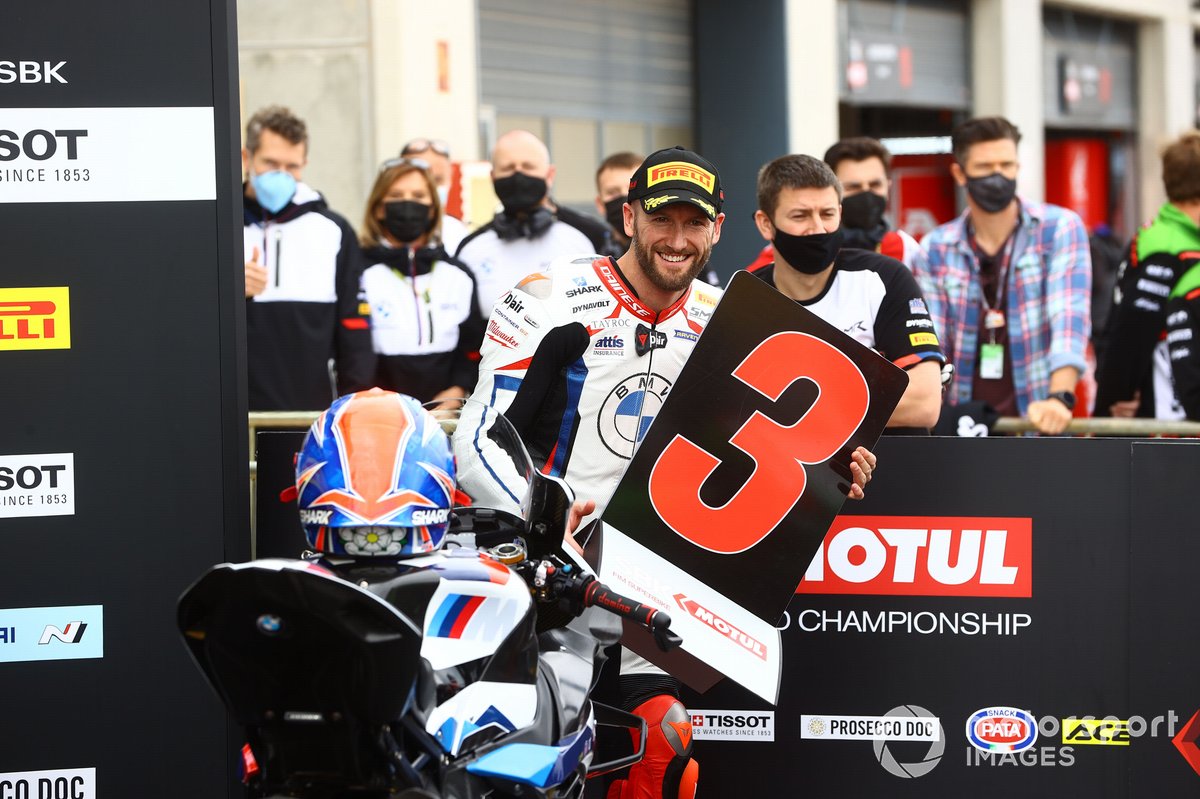 Despite the progress BMW has made over the winter, Sykes conceded that there are still some areas where it has to catch up to its rivals, and feels the M1000R is not as quick in the dry as it is in mixed or wet conditions.

“Still for me on this bike I would like to extract a little bit more rear performance,” explained Sykes. “Not going into too much detail, it’s clear to see that even [on Saturday] in the dry race I was not able to take the maximum from a brand new race tyre. The guys at the front are able to abuse the slick tyres.

“There is a little bit less grip available with this intermediate so it just looks like we are a little bit closer. When you go for example in an extreme environment with a qualifying tyre, that covers a lot of our issues and puts us really close to the competition.

“My focus is the dry. We are just not able to extract the pace on the first five laps like the competition, but this is something which now we understand very well and we are going to work on."

Lowes glad to put 2020 slump behind him with triple podium