Subscribe
Previous / Redding: WSBK title pressure on Rea and Razgatlioglu, not me Next / Rinaldi to partner Bautista at Ducati WSBK team in 2022
World Superbike / Navarra News

Tom Sykes is “disappointed” with what he feels was a hasty decision by BMW to replace him with Scott Redding for the 2022 World Superbike season, accusing the German manufacturer of overlooking the role he has played in the development of the M1000R.

2013 WSBK champion Sykes has been a part of the current BMW project since its inception in 2019 and has scored six of its seven podiums in the series so far, including two out of three this season.

However, in the run up to last weekend’s Navarra round in Spain, BMW announced that it has signed Scott Redding to partner Michael van der Mark at its factory team next year, having been impressed by Redding's performances with Ducati since his WSBK debut in 2020.

BMW says it is “working hard to keep Sykes onboard” for 2022 but won’t go as far as expanding to a third factory bike to accommodate him, offering him only a satellite M1000RR for next season.

Sykes, a 34-time race winner in WSBK, told the official WSBK website that BMW should have put more thought into his contribution in developing both the S1000RR and the new M1000RR, especially when testing opportunities were limited due to the COVID-19 pandemic.

Asked about rumours linking him to other teams, including Honda, following BMW's decision to sign Redding, the 36-year-old said: “I won't go too much into it, because at the end of the day I like to be professional and be grateful for every opportunity given. But I will say I'm disappointed of course [by BMW's decision] because it's not an easy job.

"We started from zero and put all our efforts into it. And when you are trying to mix up development and racing, especially during the COVID time we had no testing and no development there really, we’ve still got a big gap to bridge to these front boys.

“I really think the decision was very early and not very well communicated, but sometimes it is difficult business and it's part of racing and part of the game. So you've got to understand and respect those decisions whether you like it or not and move on from it.”

Sykes is placed seventh in the championship after the opening seven rounds of the season, behind the factory bikes of Kawasaki, Ducati and Yamaha riders but two positions ahead of teammate van der Mark - who joined BMW from Yamaha at the start of this year.

Sykes insists he has been doing a decent job given the limitations of his bike, but feels BMW has put too much emphasis on pure results when making a call on its 2022 rider line-up.

Asked if seventh was the best he could manage in the standings in the face of factory opposition from Kawasaki, Ducati and Yamaha, Sykes said: “I wish you could tell somebody else that!

“To put you more in the picture, if I could have gone for fourth [in the standings] that might have made my life a little bit easier. But 20-something points from fourth (23) so it's close to that, and there are some quality riders and quality manufacturers there.

“I didn't think I was doing my job too badly considering we are trying to race those riders and those manufacturers, and we are still trying to develop and we don't have the luxury to chuck test days at it.

“So we are still trying to do it during race weekends and it makes my job and Michael's job more difficult.

“Unfortunately, I've found that it's the results that count, so it's been difficult in that respect. Now I feel like I'm getting more of an understanding and hopefully we can just keep working on that and put on the best show possible for myself and BMW.” 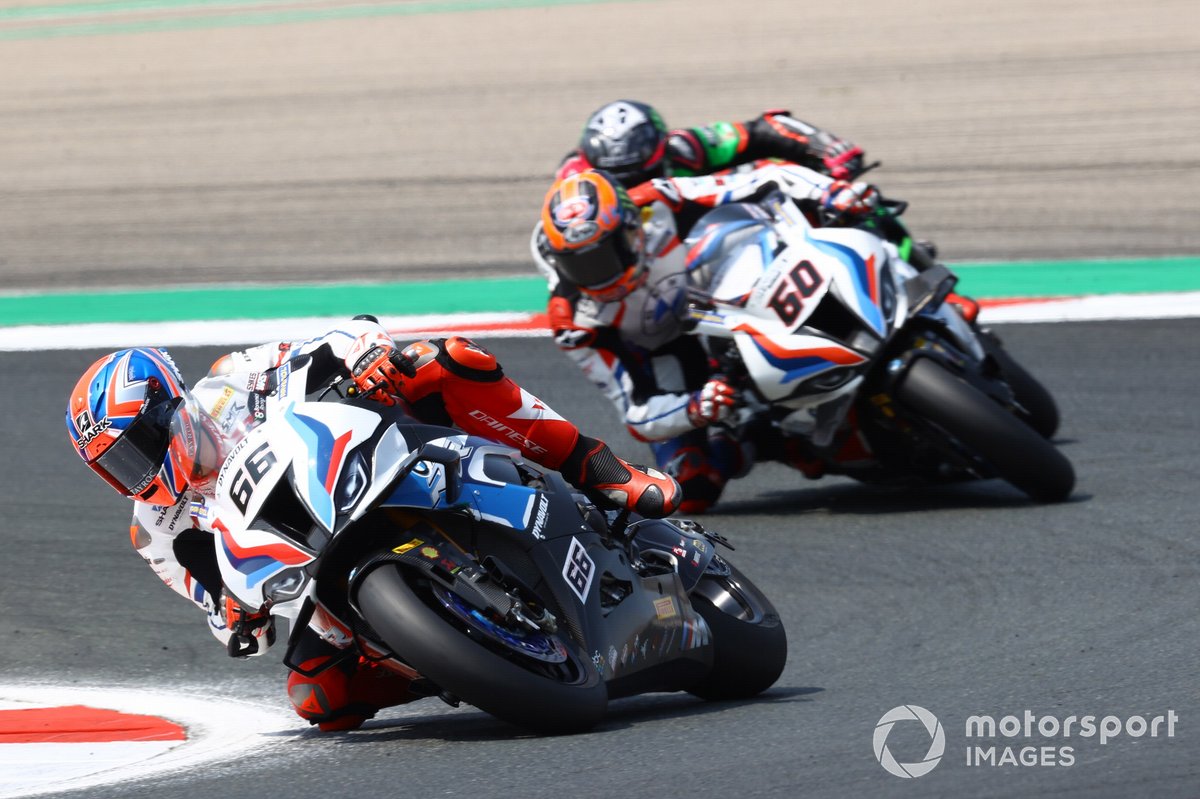 Rinaldi to partner Bautista at Ducati WSBK team in 2022