A veteran of 349 WSBK races, in which he scored 34 victories and a record 51 pole positions, Sykes was dropped by the factory BMW team last year to make way for countryman Scott Redding alongside Michael van der Mark.

BMW offered Sykes a seat at the satellite Bonovo MGM team that was expanding to a second bike this year, but the Briton turned down the offer in favour of a return to the British Superbike Championship with the Paul Bird Motorsport Ducati team.

However, Sykes’ absence from the WSBK grid could prove to be short-lived as he targets a comeback next year, spurred on by a difficult run of results in BSB that has left him 14th in the standings.

The most obvious opportunity for the 36-year-old would be at satellite Kawasaki team Puccetti, which is set to part ways with Lucas Mahias after two mixed seasons in which the French rider has finished no higher than seventh.

Mahias is expected to return to the World Supersport Championship, where he won the 2017 title with Yamaha.

The outfit owned by Manuel Puccetti is known to want to replace Mahias with an experienced rider, having struggled for competitiveness since it lost Toprak Razgatlioglu to Yamaha in 2020.

Should Sykes get the seat currently occupied by Mahias, it would reunite him with the Japanese marque with which he claimed his maiden title in 2013 as well as all 34 of his race wins. 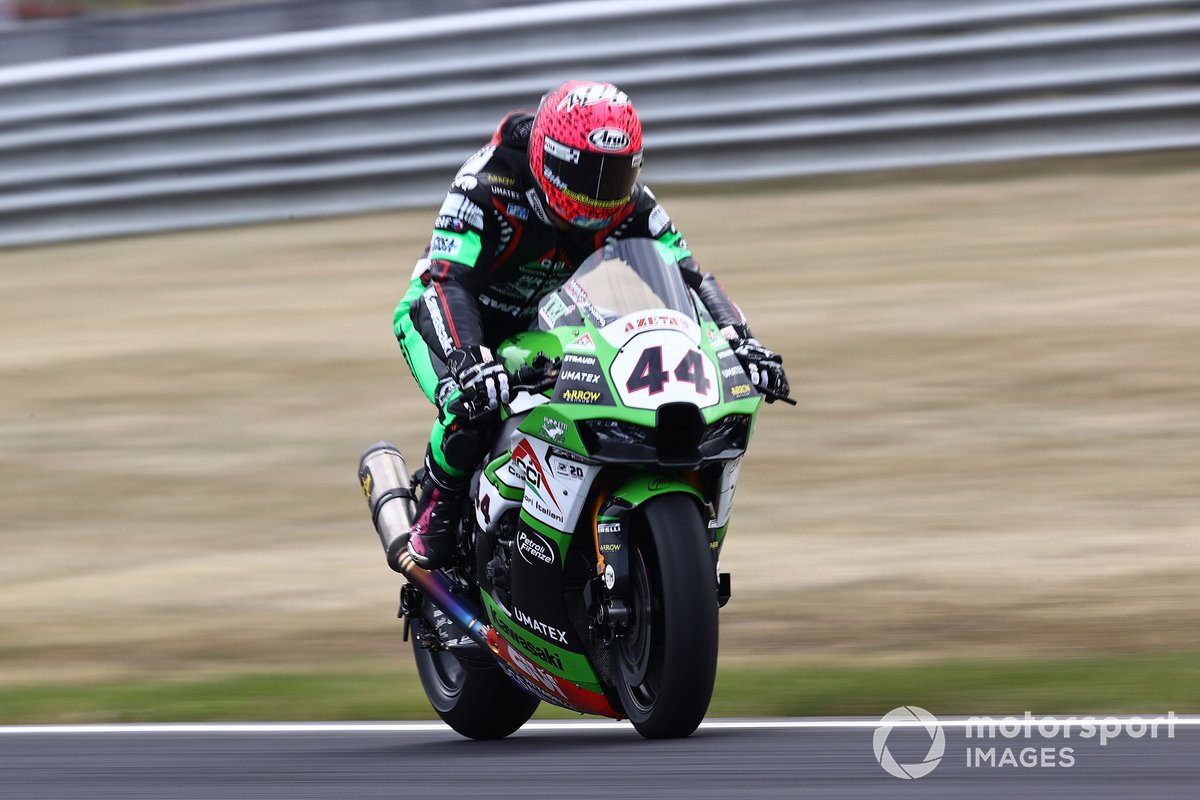 Sykes was in attendance at the Donington Park WSBK round in July and made it clear that he feels his time in the world championship was not over.

“I would say in this life anything is possible," he said when asked about any 2023 WSBK return plans. "And of course, you've got to evaluate the situation, the possibilities and see what is there for the future.

“Time is not necessarily on our side for that timeframe [2023] because already we are looking to get into August, and the summer break, so we'll see. But like I said, anything's possible.”

Sykes reiterated that BMW’s decision to replace him in August last year left him with little time to sew up a deal with another team, but feels a positive test on a WSBK-spec Ducati V4 R bike shows he has still got the pace to earn another chance in the championship.

“I think I have to be honest," he said. "One individual didn't give me the news that I could continue. That was quite late. I missed the opportunity with some other very competitive teams in the World Superbike Championship.

“So in that sense, no, [the door] is certainly not closed. And because there's still hunger and desire there.

"I know for now, I'm really grateful for the situation I’m in. We are still having a difficult time in the BSB.

“But luckily I’ve done some riding with the Ducati on the full-spec [WSBK] bike and the potential of myself and the package is certainly not a question. So we'll see what time brings.”

More from
Tom Sykes
Other bike