Silverstone (UK), 4 August 2012 – Jakub Smrz (Liberty Racing Team Effenbert Ducati) secured his second Tissot-Superpole of the season today at Silverstone, to add to the pre-race success he enjoyed at Miller Motorsports Park in May. 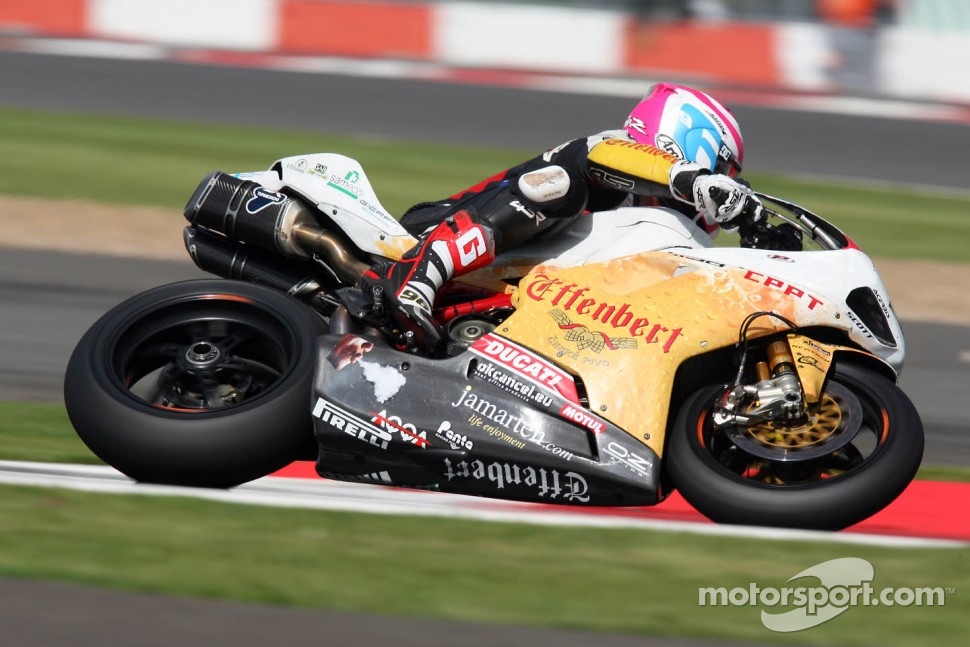 The Czech rider made the best of the often treacherous track and weather conditions at Silverstone, in what was a two-part wet Superpole, to lead FIXI Crescent Suzuki rider Leon Camier off the line on Sunday’s two eni FIM Superbike World Championship races. Sylvain Guintoli (PATA Racing Team Ducati) was third in his first appearance for the Italian squad and local hero Leon Haslam (BMW Motorrad Motorsport) was fourth, despite being fastest with only one lap left from his main rivals.

Jakub Smrz: “It was a great performance in the wet. As Leon said the conditions were really difficult, the rain was changing at every moment on every part of the track, but I was trying to improve lap by lap and then on the last lap I tried my best and it was enough for first place. We are used to these conditions this year, so we must be ready for everything tomorrow.”

Leon Camier: “It was definitely better than where I normally qualify, so that’s good! Massive thanks to the boys, it’s been a hard year for us but finally everything is paying off and this weekend we’ve been strong. There were some tricky conditions for qualifying but I managed to get a good rhythm and keep improving. I thought I had pole and I did until Kuba came past on the last lap!”

Sylvain Guintoli: “I’m really happy because it’s not easy when you’re put in a new situation like this one. From the start of the weekend me and the team have got on really well, we’ve been tweaking stuff like in winter testing! I’m having fun with Pata and I’ve found a good home with which to finish the season. Obviously this is the first step, but there’s plenty more performance to come.”