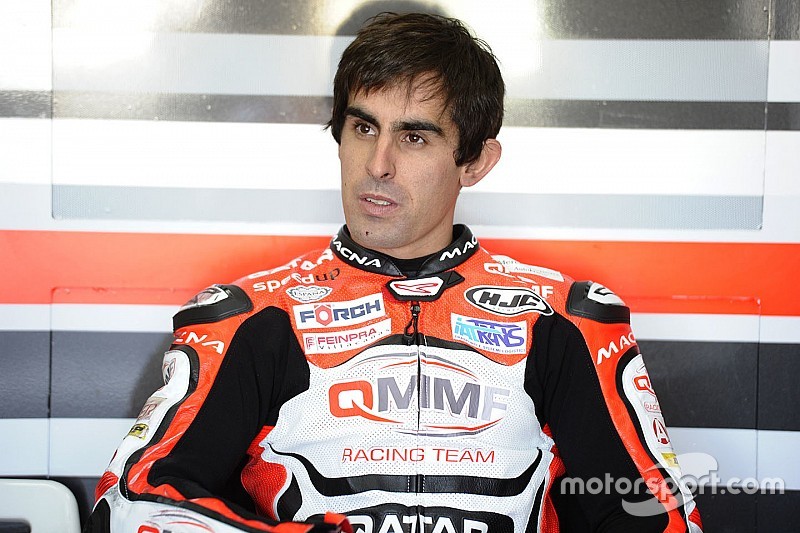 2009 125cc champion Julian Simon will make his World Superbike debut this weekend at Aragon, filling in for Lorenzo Savadori at Milwaukee Aprilia.

Savadori got injured after a crash during the first race the previous WSBK round at Buriram, and hasn't recovered in time for the next round at Aragon.

The Italian made his full-time debut in the series last year by finishing 10th with Aprilia before having a low-key start to his 2017 campaign with ninth as his best result so far.

He will be replaced by Grand Prix veteran Julian Simon, who has been a regular 125cc and Moto2 contender since 2003.

The 29-year-old Spaniard had been a mainstay of the Moto2 class since 2010, but was left without a full-time seat for the 2017 campaign - although he was present last weekend in Qatar as a replacement of Iker Lecuona.

"Firstly I want to thank SMR and Aprilia for this opportunity. I am really happy and excited to participate in my first SBK race," said Simon, who also works as a rider coach for Marc VDS MotoGP rider Tito Rabat.

"I am sorry for Lorenzo that he is hurt, and I hope that he recovers soon.

"When I got the call from the team it was an incredible surprise, and I could not say no. I would also like to thank my rider Tito Rabat for his support; he told me I must ride and to enjoy it!

"For this weekend I want to understand the RSV4 RF as quickly as possible and to know the team. I am excited to race, and I hope we can achieve some good results."

Savadori is expected to return for the next World Superbike round at Assen on 29-30 April.