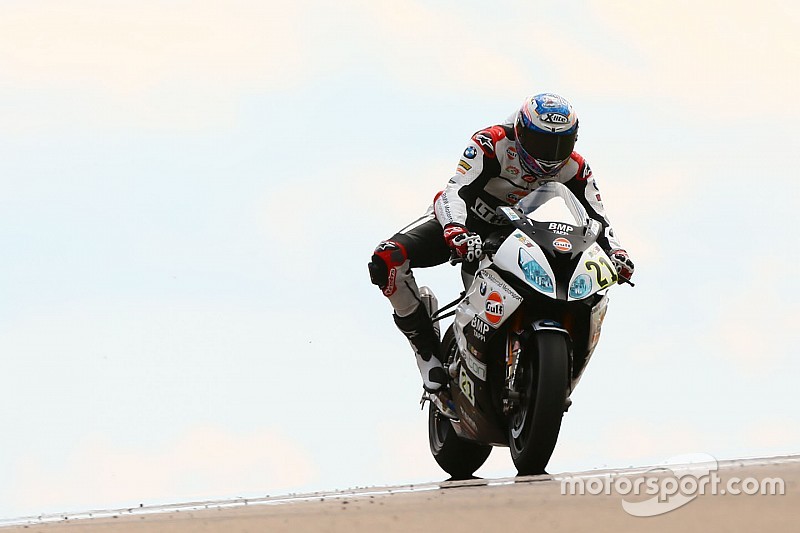 Althea BMW rider Markus Reiterberger will not take part in the rest of the 2017 World Superbike season, it has been confirmed by the team.

He took fifth in the third race of the season in Thailand, and was a regular top-10 finisher, but his campaign was overshadowed by a heavy crash at Misano.

Having not fully recovered, he raced for the rest of the season but only achieved one more top-10 result, eventually taking 16th in the standings.

Reiterberger kicked off the 2017 season with the same team, but had a low-key start, sitting 13th in the standings while Torres lies seventh with 29 points more.

The 23-year-old said he has still not fully recovered from his Misano injuries, which is the main reason behind his decision to withdraw for the rest of the campaign.

"After serious consideration, I have decided to step away from participating in WorldSBK," he said. "We made a strong start last season, but then couldn't keep up the good results.

"I have therefore opted to refocus on making a complete recovery and on my racing career.

"I am very thankful for the experience in WorldSBK with Althea BMW Racing Team, and I am now very much looking forward to new challenges.

"I feel the need to thank my sponsors for having allowed me to take part in the World Championship.

"My appreciation also goes out to the whole Althea BMW Racing Team crew for their work. I was very much encouraged by the positive reception from my friends, family and fans – I am very thankful for that.

"It was always my dream to participate in WorldSBK and with the experience I’ve gained, I will work very hard to return to the championship."

The decision leaves Torres as the only rider for Althea BMW, but the team has three weeks to find a replacement before the next round at Assen.