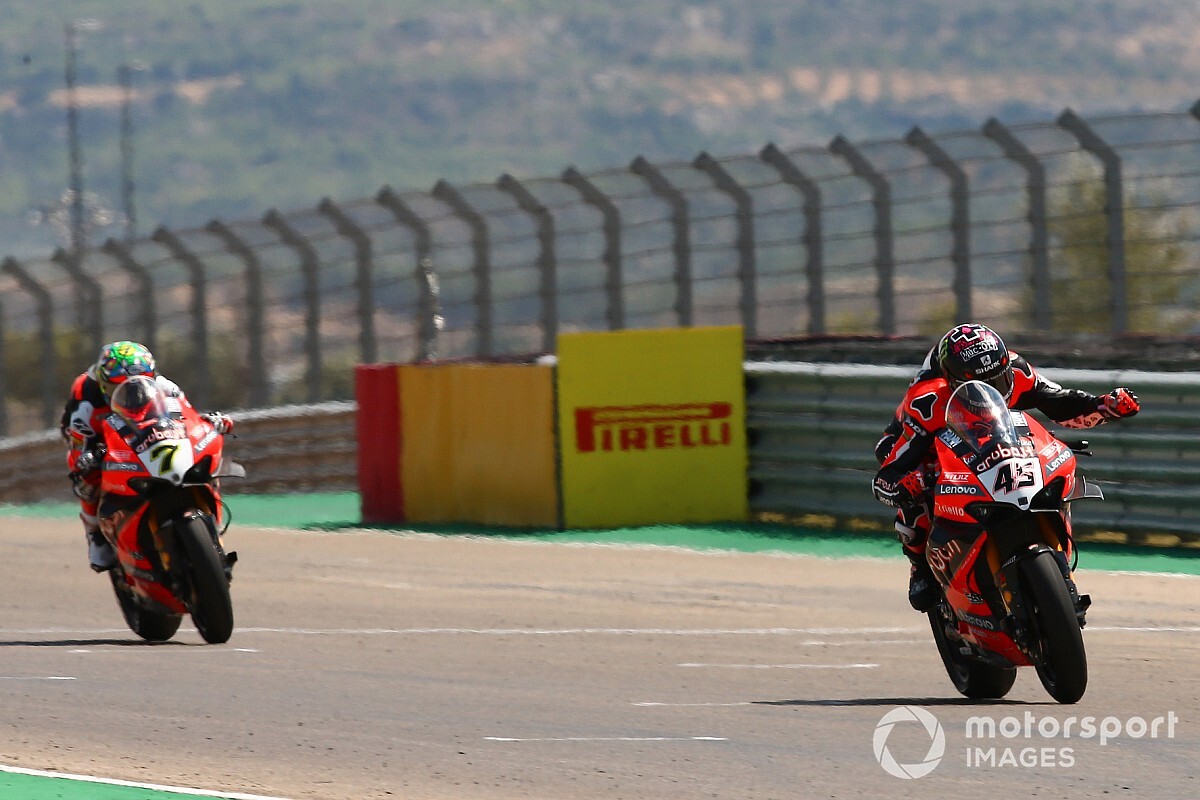 Scott Redding has questioned the wisdom of the Ducati World Superbike team's decision to replace Chaz Davies with Michael Ruben Rinaldi for the 2021 season.

The Bologna marque announced in the run-up to last weekend's Estoril season finale that it had chosen to promote Italian youngster Rinaldi, who won his first race earlier this year on a Go Eleven-run Panigale V4 R, to its works line-up for next year alongside Redding.

It comes at the expense of 34-time WSBK race winner and three-time championship runner-up Davies, who turned around a difficult 2020 campaign to finish third overall and end up only 32 points down on Redding in the final standings.

Ex-MotoGP racer Redding fears that the difference in size between himself and his new teammate will make the job of finding a development path for the V4 R harder.

"It could make my job a little bit more difficult, trying to develop the bike, race the bike and win a championship, it could be hard," said Redding.

"Having Chaz next to me in the garage is good. We both feel good with each other, we’re both big riders and we have the same issues, which means we have the same goal. Rinaldi, I cannot compare the data with him. I see his data, and sometimes I just think, ‘F***…’ It’s so different to me that we cannot even compare.

"So now Ducati has a bit of an issue. They’ve got me, they think I can win the championship, I believe I can, especially next year, and they’ve got Rinaldi that they can think can do something, I guess. But now they have to decide what way to go. 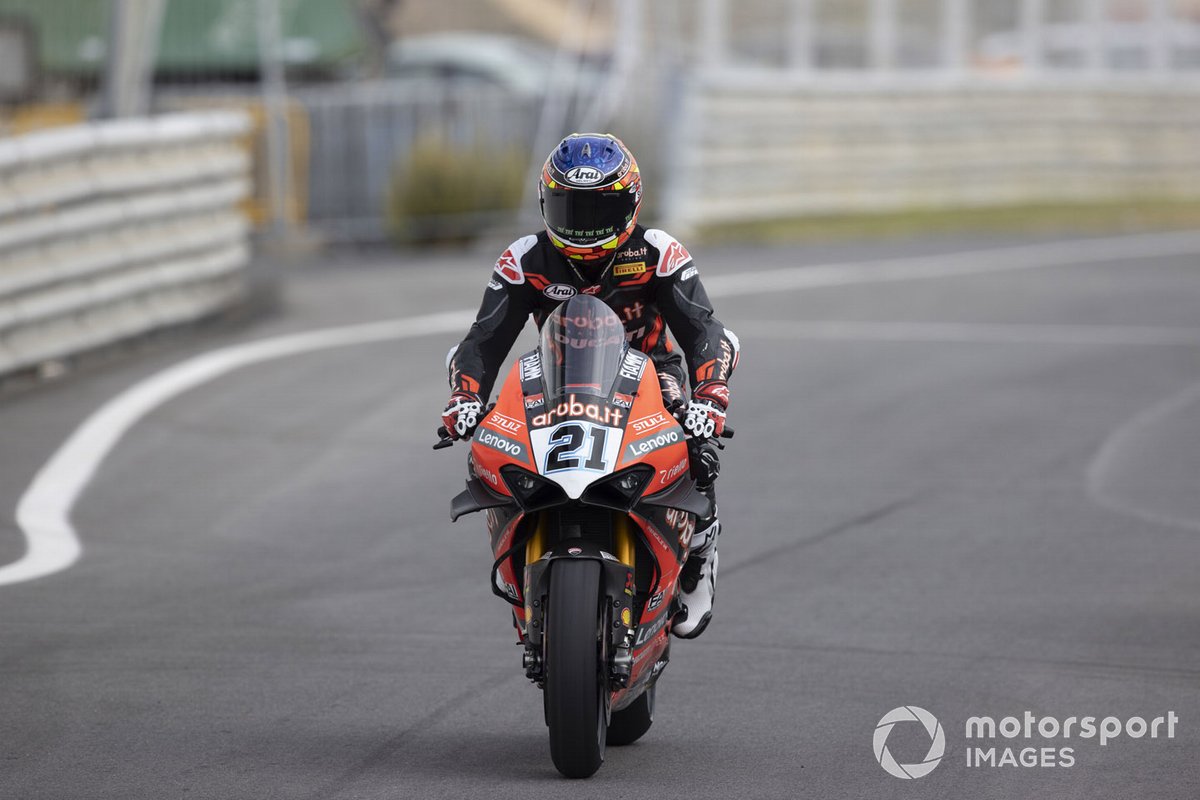 "If they don’t go in my direction, I’ll be pissed, because I worked hard this year to get us here, and I feel Chaz with the experience and knowledge he has, and with me and my speed and my knowledge, we can make a winning bike for big and small riders.

Redding also said the open nature of his relationship with Davies would be a difficult dynamic to replace inside the works Ducati garage.

"I get along with Michael a lot," he said. "But the friendship I have with Chaz makes it so much easier in the team. You’re not holding anything back, we speak openly with everything, [about the] setting, feeling, how I can improve, how he can improve.

"It’s something you don’t get in a lot of teams and it can make a difference over a season."

Davies signed off on his Ducati tenure with victory in the final race at Estoril last weekend, leading a 1-2 for the Italian manufacturer ahead of Redding.

"Mega-happy for Chaz," said Redding. "I'm probably happier for him winning than for me finishing second. It was great to see him go out like that.

"There's a lot of guys who would be like, 'F***, the team doesn't want me next year, who cares?' But he didn't [think that way]; he showed one last time what he is capable of doing, which is great to see.

"It's weird to see someone like that not have a ride next year. It blows my mind, it's mad." 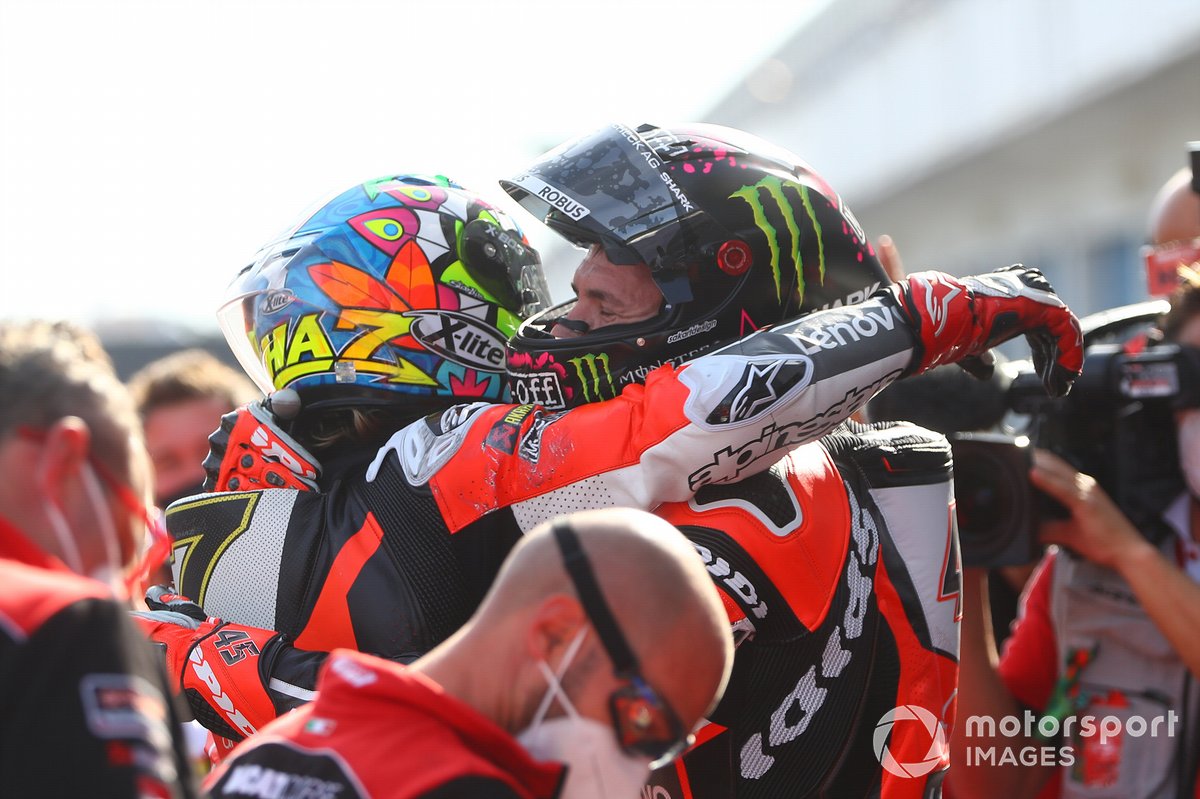