Rea reveals he had surgery before Phillip Island opener 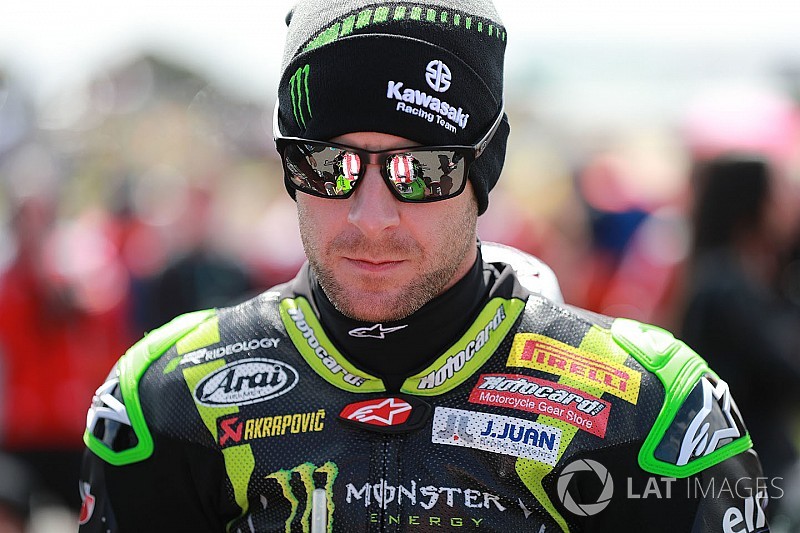 Reigning World Superbike champion Jonathan Rea has revealed he underwent surgery on a hand injury three weeks prior to the 2018 season opener at Phillip Island.

Rea was out training on his motocross bike at the beginning of February when he damaged his right hand in a crash and was taken to the Tres Torres Clinic in Barcelona for an operation on a finger.

Kawasaki and himself took the decision not to go public with this information until after the Phillip Island opener, when Rea revealed the surgery took place via an Instagram post.

Rea endured a tough weekend at Phillip Island as, on top of the hand injury, the KRT rider picked up a virus following the two-day test at the circuit last week.

Despite this, he was set to climb onto the podium in Saturday's opening race before a tyre issue saw him dramatically drop off the leading group to fifth. In race two, he was denied victory by Ducati's Marco Melandri by 0.021 seconds.

Third in the standings on 31 points heading to the next round in Thailand at the end of the month, this is the first time since joining Kawasaki that Rea has not led the championship.

KRT teammate Tom Sykes – who bagged a second and a fourth-place finish in Australia – also underwent surgery prior to the start of the season.

The Yorkshireman suffered several broken bones in his left hand in a fiery crash during practice for the Portimao round last season, and went under the knife in the weeks leading up to the Phillip Island round to have metal work removed.