After a tumultous Magny-Cours round in which he was taken out of the final race in a collision with Rea, Ducati rider Bautista virtually doubled his points lead on home turf as he took his first treble win since 2019.

The Spaniard's points lead over Razgatlioglu had stood at 30 points pre-weekend, but is now up to 59 points with four rounds to go.

Rea was Bautista's closest challenger in Saturday's opening race and bagged another runner-up spot in the Superpole race on Sunday morning before slumping to fourth in the second full-distance race, suffering a false neutral that caused him to run wide late on at Turn 7.

Reflecting on the weekend, six-time champion Rea said that Barcelona was always likely to be a difficult track for Kawasaki compared to Ducati, although he admitted to some frustration at dropping more crucial points in the final race.

“If you gave me those results at the start of the weekend, I’d probably accept it, because it’s a really tough track for us,” Rea told the official WSBK website. “But after seeing our pace I felt like we left a little bit out there [by finishing fourth in the final race].

“We had nothing for Alvaro this weekend, he was incredible, on a different level. But I felt like we got a lot from our bike. We’re losing so much time in a couple of key areas, but we’ve still been able to fight. I’m proud of our efforts as a team.

“Portimao has historically been a strong circuit for us so we’ll put our best foot forward and try and get some strong points there.” 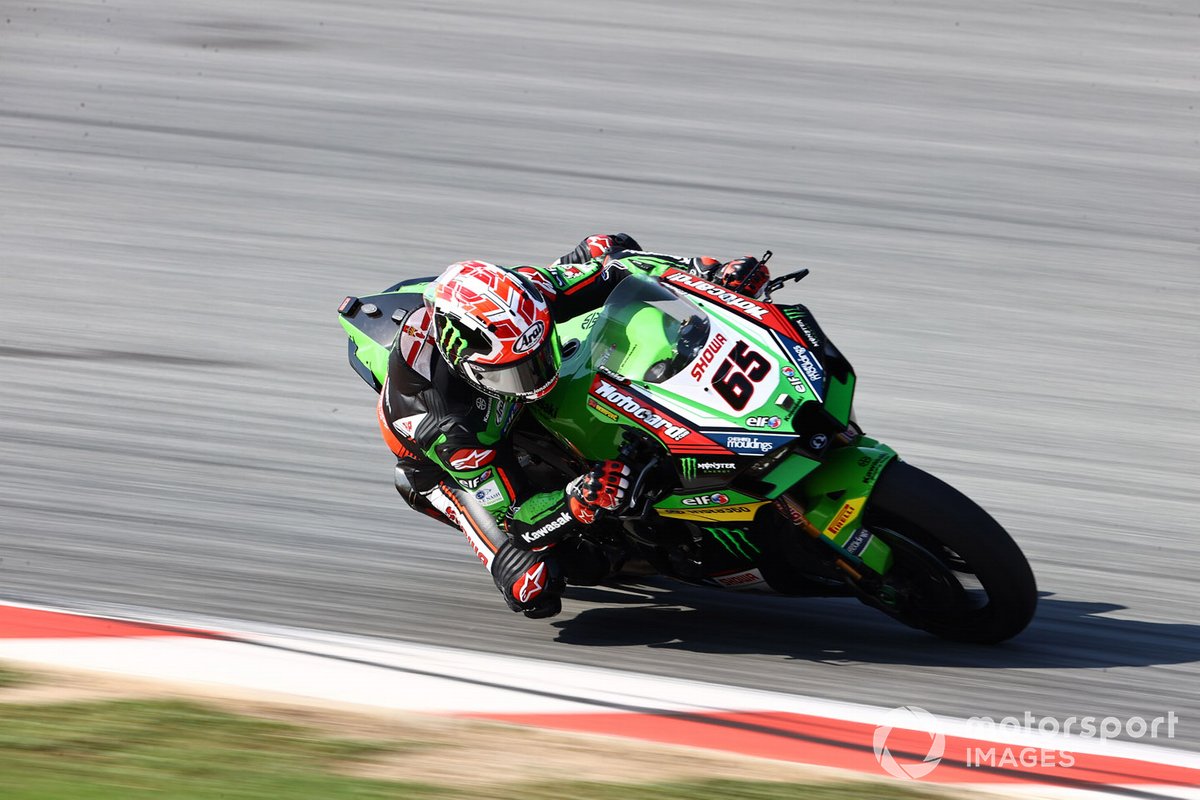 Despite now trailing Bautista by 67 points, Rea remains bullish over his prospects of clawing back the lost ground over the remaining rounds at Portimao, Villicum, Mandalika and Phillip Island.

“Every weekend there are 62 points up for grabs, which is a lot to win and a lot to lose,” the Ulsterman said. “We have to believe that anything is possible.

“I feel optimistic going to Portugal. I wouldn’t be turning up if I didn’t believe we could take the fight. Anything can happen. I just need to keep focused on myself and do the best I can.

“Of course Alvaro has had an incredible weekend, he’s been strong but this was Barcelona, we turn the page and Portimao is next, it’s another battle and I’m looking forward to it.”

Yamaha rider Toprak Razgatlioglu benefitted from Rea’s late mishap in Sunday’s second race to complete the podium places behind the Ducatis of Bautista and Michael Ruben Rinaldi, having only managed fifth in Saturday’s opening race. 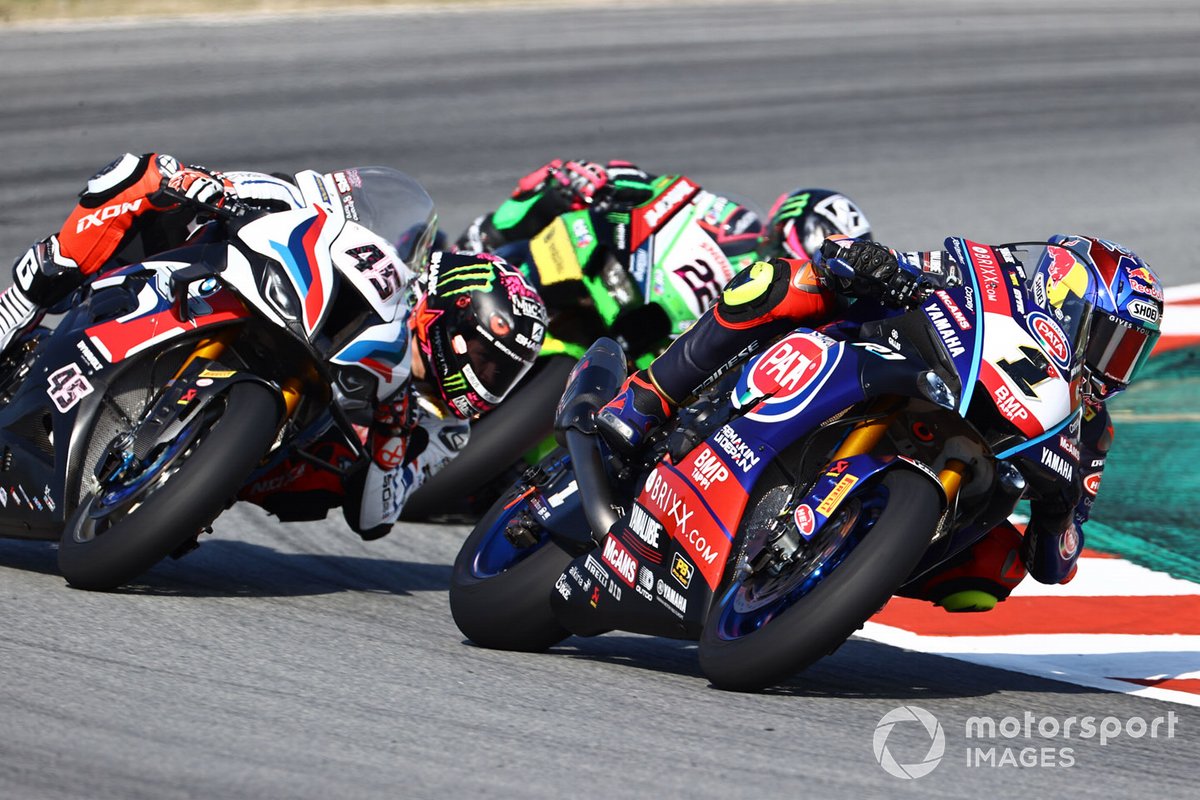 The Turkish rider likewise remained upbeat about his championship chances despite the gap between he and Bautista widening to 59 points in Barcelona.

“I am not focused on the championship, I am just looking race by race,” Razgatlioglu told the WSBK website. “Portimao is a very good track for me, I think we will arrive fighting again.

“Argentina is a bit difficult because of the long straight, it’s better for Ducati. Indonesia I love, I think we will fight for the win there, and Australia I don’t know. We have many races and the championship is not finished. We will see at the end of the [season].”

Bautista himself also reiterated that he is not focused on a first Ducati WSBK riders’ title since 2011, rather on just “enjoying” himself aboard the factory Panigale V4 R.

“I don’t care about the championship; I’m just trying to enjoy the moment, celebrate the victory, to reset when things go bad, and just race and enjoy.” 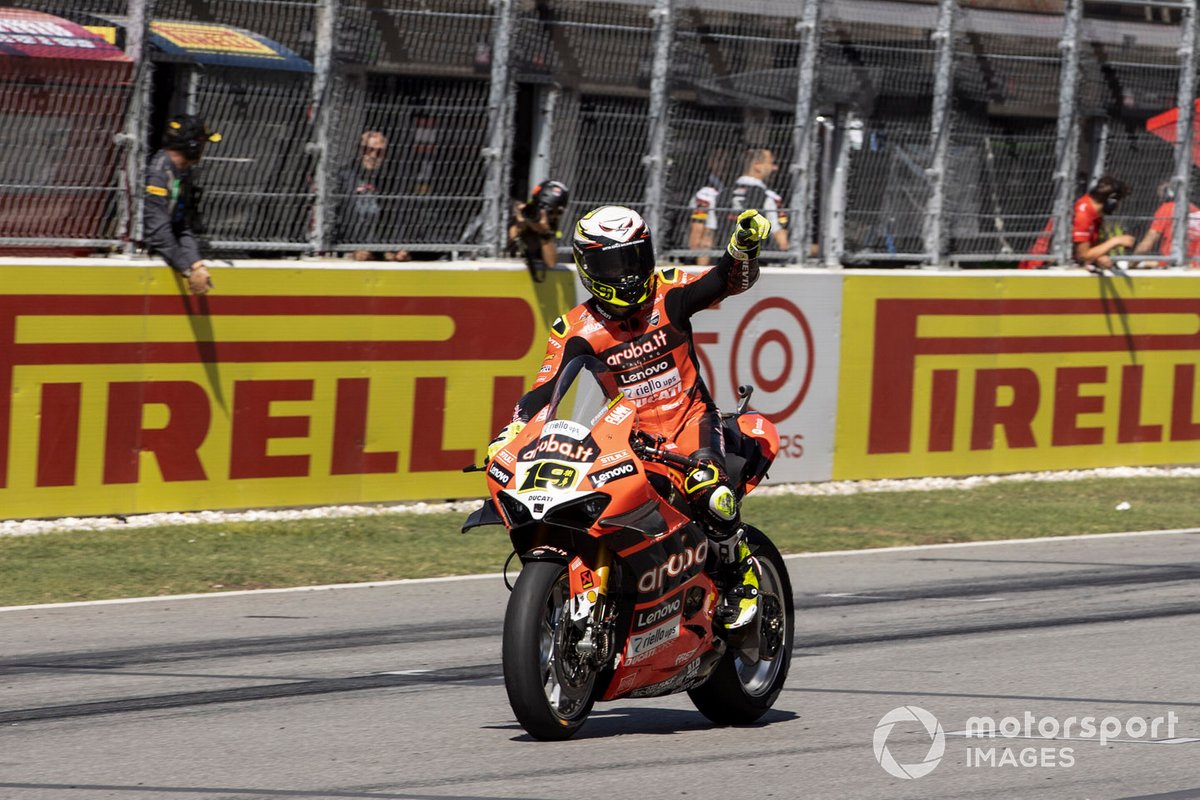