Jonathan Rea says his 24-point deficit to Toprak Razgatlioglu in the World Superbike standings feels like "nothing", having trailed by more than double that amount after his two Portimao crashes.

Rea endured back-to-back DNFs for the first time since 2016 as he crashed out of the opening race in Portugal on Saturday, before compounding that error with another fall in Sunday morning's wet Superpole race.

That had left the Kawasaki rider a hefty 49 points down on Yamaha rival Razgatlioglu ahead of the final race of the weekend, but a win for Rea in the finale and a crash for Razgatlioglu has closed the gap once more.

Reflecting on a tumultuous Portimao weekend, Rea said that coming back from 49 points down to just 24 with two rounds remaining has left him feeling much more optimistic of his chances of a seventh title.

"We learned a lot this weekend because I made some silly mistakes being too impatient, so I need to believe my rhythm is high and that I can fight these guys until the last lap," said Rea.

"I’m a bit more back in it with what happened to Toprak, but I accepted my back’s against the wall. Sometimes it’s nice to ride like that, [feeling] free, but I made some mistakes and I have to accept that.

"Same mentality for Argentina: we can’t be clever and ride in a conservative manner. I’m riding completely on my limit, I am struggling in a few areas, and there’s no margin. Every single corner is 100 percent.

"[The crash in Race 1] I could accept because it was a fast crash, but I was pretty upset with myself after the Superpole Race. It's an emotional day. When the championship’s 49 points, with six races to go, it’s tough. 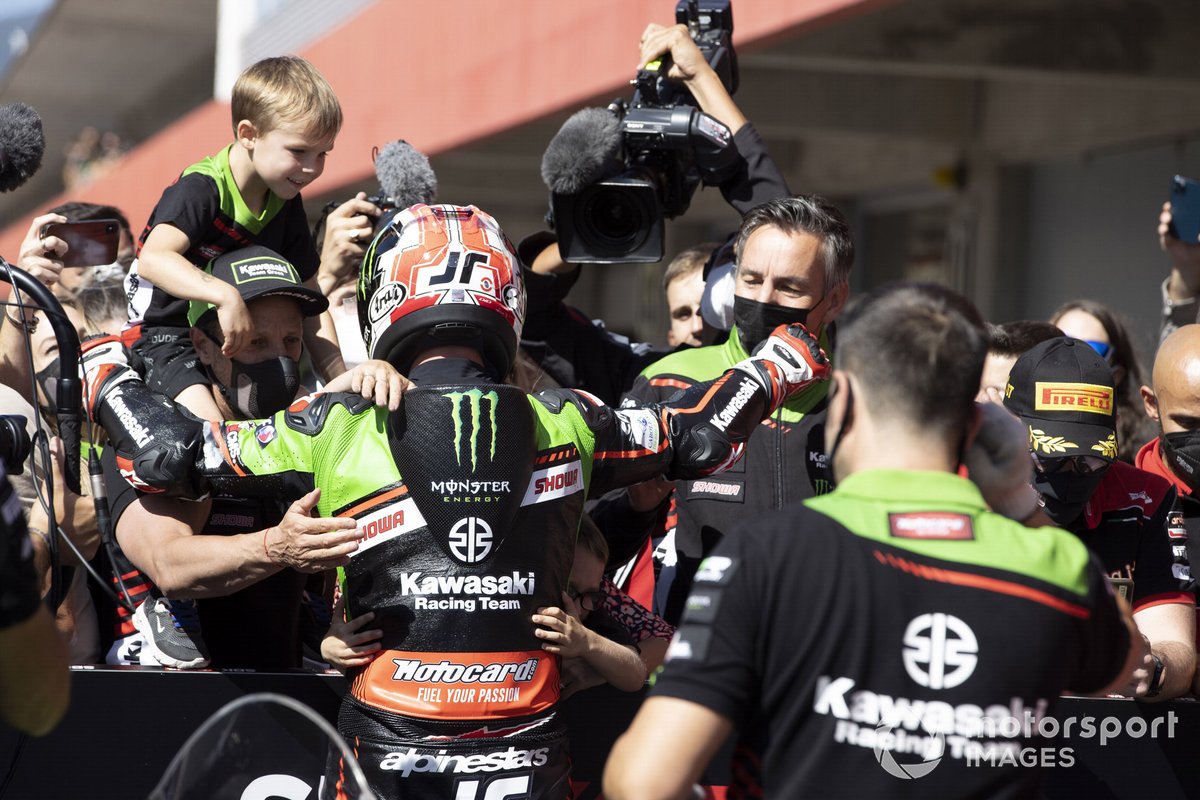 Speculation continues to swirl about whether WSBK's two end-of-season flyaways will still go ahead, with November's season finale Indonesia in particular still regarded as unlikely to take place with the Mandalika street venue still not yet officially homologated by the FIM.

The championship's return to Argentina, scheduled for next weekend, has also been engulfed by fresh doubts amid difficulties among some teams in getting flights to the El Villicum track.

However, Rea is not concerned should either event fall by the wayside, trusting series organiser Dorna won't cancel a race weekend outright.

"Whatever happens, when Dorna has committed to 13 rounds, so two more rounds, this close to the end [of the season] they can't cancel rounds; they have to find substitute rounds," he said.

"But until Argentina or Indonesia are cancelled, I'm preparing for them mentally."