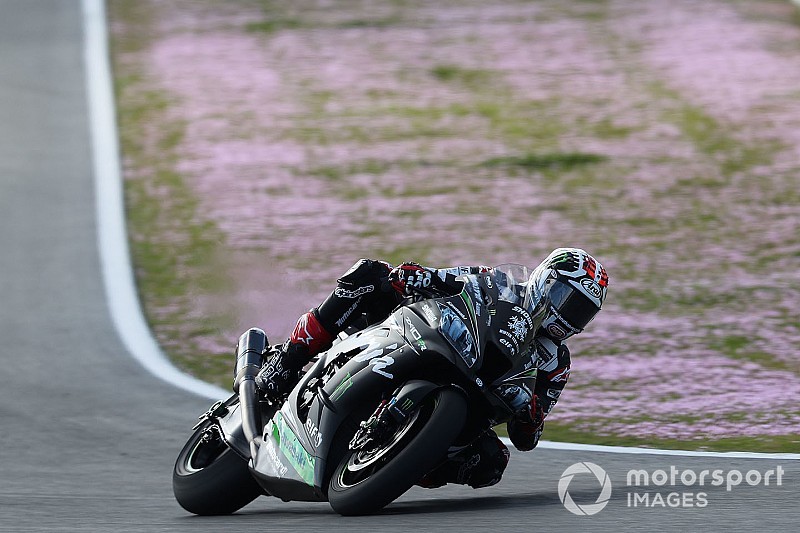 Rea was comfortably fastest on both days, as the Kawasaki rider already beat Yamaha's Lowes by four tenths with a 1m42.195s on Day 1.

All 14 riders in attendance were able to improve on their times on Day 2, with Rea going over a second faster, and ending the test with a 1m40.855s, which he set about 15 minutes before the end of the session.

Lowes' improvement from Day 1 to 2 was smaller, which led to the gap to Rea increasing to 0.959s.

He still took second as he and Rea continued to lock out every top two of 2019 pre-season testing as they also dominated at Jerez.

Alvaro Bautista was third on both days, narrowly losing out to Lowes. He was comfortably the fastest Ducati during the test by setting a 1m41.9s as his teammate Chaz Davies could only manage a 1m43.3s and Michael Ruben Rinaldi and Eugene Laverty were even slower.

GRT Yamaha duo Sandro Cortese and Marco Melandri were seventh and eighth, the former making a significant 1.4s improvement between the two days.

Toprak Razgatlioglu was a promising fourth on Day 1 but settled for ninth with Markus Reiterberger bringing the second BMW to 10th.

Ducati trio Davies, Rinaldi and Laverty were all outside of the top 10, only beating Alessandro Delbianco.