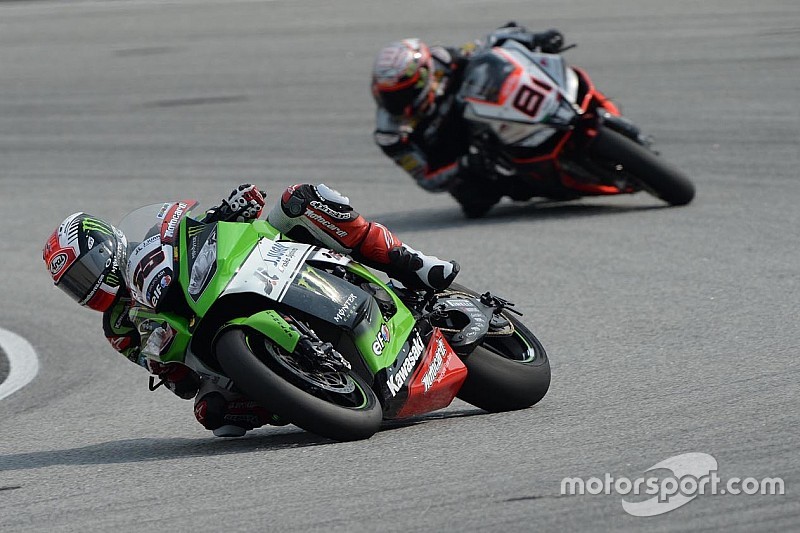 After the opening floodlit session of the weekend, the second free practice session at the Losail International Circuit saw lap times tumble as the WorldSBK riders got up to speed around the 5.380km Qatari track, with a flurry of improving laps in the final eight minutes.

At the flag Jonathan Rea was the fastest overall courtesy of his 1.58.252s lap time set on his penultimate lap; the 2015 WorldSBK Champion powered to the number one spot by 0.154s ahead of Jordi Torres (Aprilia Racing Team – Red Devils) and his teammate Tom Sykes, who were second and third, respectively.

There were a number of off track moments for a number of riders including Michael van der Mark (Pata Honda World Superbike Team), the Dutchman refusing to close the throttle as he ran off the edge of the kerb at the fast turn 16. He ended the day in a strong fifth, just behind Chaz Davies (Aruba.it Racing – Ducati SBK Team) who improved to fourth in the closing stages.

Matteo Baiocco (Althea Racing), David Salom (Team Pedercini) and Ayrton Badovini (BMW Motorrad Italia) were 11th to 13th, respectively while Sylvain Guintoli’s evening of woe continued as he appeared to suffer another technical issue out of the final turn, causing him to run onto the grass on the inside of the circuit. The Pata Honda mechanics sprinted into action once again, pushing the CBR machine back to the garage; he was classified 14th and will be hoping for better fortune tomorrow. Leon Camier (MV Agusta Reparto Corse) completed the top 15.