Rea "left something on the table" in winless Donington round

Kawasaki’s Jonathan Rea feels he “left something on the table” at Donington Park after failing to score a victory in his home World Superbike event for the first time since 2018.

Rea finished second, second and third across the three races at the Leicestershire venue, unable to put up a consistent challenge to defending champion Toprak Razgatlioglu, who reignited his title hopes with a rare triple win aboard the Yamaha R1.

Both riders were boosted by a retirement for championship leader Alvaro Bautista in the opening race, as the Spaniard ran wide at the entry to Goddards while running second before sliding off his Ducati into retirement.

However, despite closing Bautista’s advantage in the standings, Rea wasn’t entirely satisfied with his points haul at Donington, believing there was more he could have done to prevent last year’s title foe Razgatlioglu from dealing such a big blow to him on his home turf.

“I came here really wanting to win so there's part of me that slightly feels like I left something on the table this weekend,” said Rea.

“But we can't grumble, the big picture is good and we look forward to Most in a few weeks' time. It’s a nice swing in the championship and just goes to prove that everything and anything can happen.

“For me I just wanted to be clean and keep consistent this weekend. I was strong but not strong enough to challenge for the race wins.

“Toprak has done an incredible weekend, he's been strong. It's one of his strongest circuits. I remember him with Kawasaki back in '18, we gave each other hell for 23 laps.

“Of course I knew he would be very strong. Also Alvaro, he hasn't been to Donington much but already in his rookie season he was strong. So I expected these guys to be around.“ 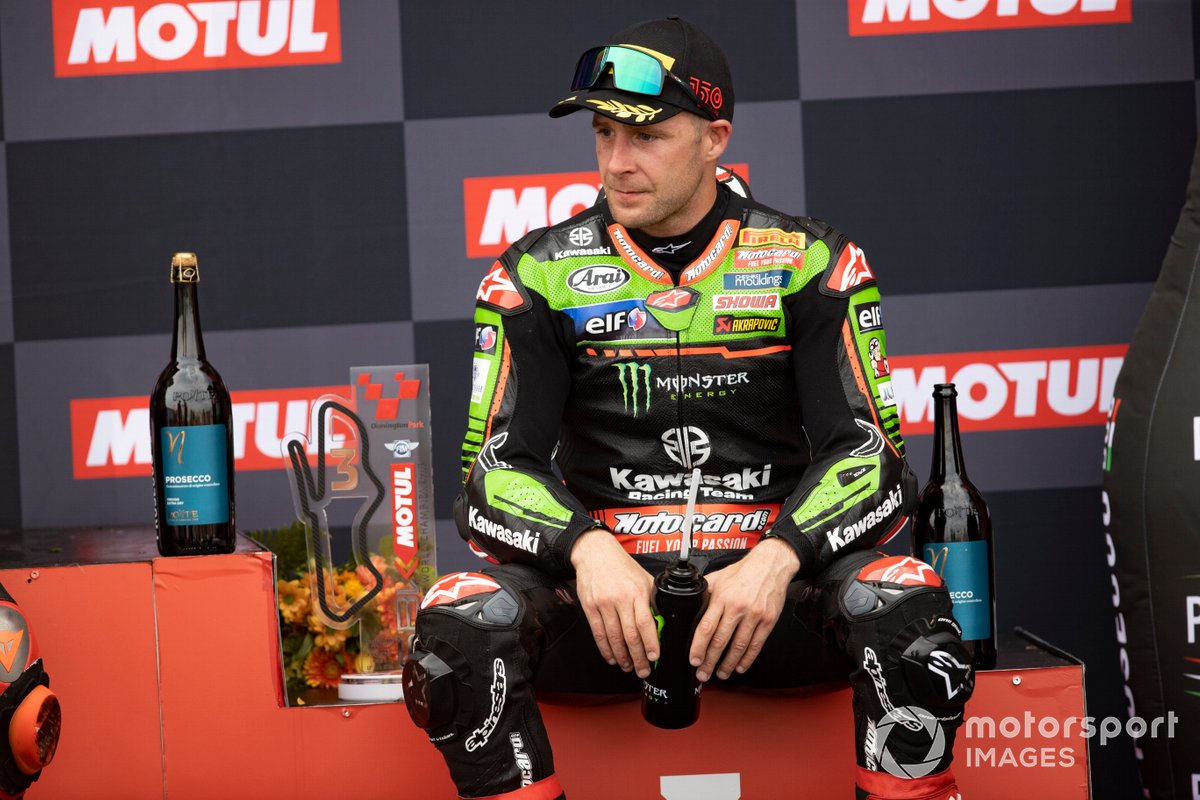 Polesitter Rea was jumped at the start in the opening two races by Razgatlioglu and from there on he was never really in a position to mount a challenge, settling for second at both occasions.

However, the two appeared more evenly matched in the final race of the weekend with Rea passing Razgatlioglu twice into the Fogarty Esses, only for the 25-year-old to snatch the position again.

The Kawasaki rider’s pace eventually began to drop at mid-distance and he slipped to third, behind the Ducati of Bautista.

Rea later explained that he overheated the brakes by running in close proximity of Razgatlioglu’s Yamaha for so long, something he took full responsibility for, but was left encouraged by how he was able to match his Yamaha rival’s pace on worn tyres.

“I was in his slipstream for early three quarters of the race and I overcooked my brakes,” the six-time WSBK champion explained.

“I was going in the Melbourne Loop on one lap and I wasn't slowing down. In fact, I was worried I may hit him at one point.

“But as soon as the gap of air came I could regain some power. I could be stronger in the brakes but of course not as strong to defend from Alvaro. He was coming through with a good pace and he actually bridged the gap to Toprak a little bit.

“My pace became similar to what it was in the beginning. That gap to Toprak in the latter stages was okay. So it was a simple case of struggling with brake performance.

“I've only got myself to blame for that because I was right in his wheel. My throat is quite sore because I was breathing them, I caught a few fumes from his bike but fair play he has done a really really strong weekend.

“This is our reality. We need to keep working on this and looking forward to Most.”

Rea now sits 17 points behind Bautista in the standings with seven of the 12 rounds still to run, while Razgatlioglu sits another 26 points behind him following his Donington triple.

Razgatlioglu: The "real Toprak is back" after Donington treble