Yamaha’s Toprak Razgatlioglu has described his first victory of the 2022 World Superbike season in the Misano Superpole race as “incredible”, but felt that Ducati was otherwise too quick over the weekend.

Razgatlioglu bounced back from a difficult start to his title defence with a fine two-second win in Sunday's 10-lap sprint, sealing the lead on the second lap with a late pass over the Kawasaki of Jonathan Rea going at the Turn 2/3 chicane.

It followed his second retirement of the season in Saturday's first full-distance race, where he was forced to park his Yamaha R1 at the edge of the track with seven laps still to run while running in podium positions.

Speaking after the victory, the 19th of his WSBK career, the Turkish rider felt the overnight improvements made by Yamaha played a part in ending a win drought stretching back to last year's penultimate round in Argentina.

"The first Superpole was incredible, also the pace [was in] 1m33s," he said. "For me this was a very good race and after the technical problem we have improved the bike, especially engine braking.

"On Saturday I felt the bike was very bad because the set-up was not good, not like my style. But on Sunday I felt much better on the bike

"I need a long-race P1. We will see in Donington."

While Razgatlioglu faced an easy run to the chequered flag after staving off an early challenge from his 2021 title rival Rea, there was little he could do about Ducati's Alvaro Bautista who romped to a seven-second victory in Sunday's final race - having already dominated the Saturday opener from which Razgatlioglu retired.

Razgatlioglu did enjoy an early battle with Bautista over the course of the 21-lap contest, but once the Ducati rider had pulled away there was little he could do to keep up with his pace as he settled for second position. 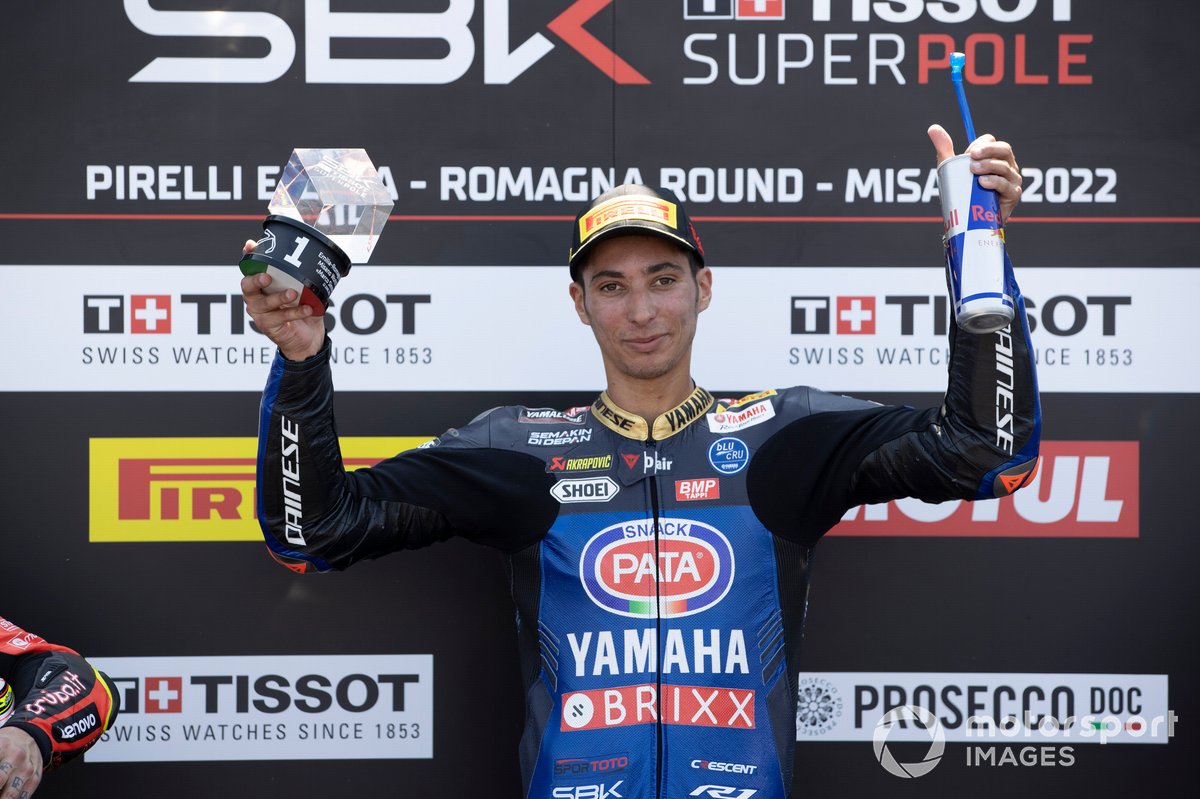 The reigning champion says Ducati was simply too quick in the unusually hot conditions riders faced in Race 2, while he in particular suffered from excessive tyre degradation on his Yamaha.

"In hot conditions the SCX were not working because after six-seven laps I felt too much spin," he explained.

"But I kept fighting for the win. After corner 8 I lost the front tyre. After I said 'okay, second position is enough' because Alvaro is very fast in a straight, the Ducati is very fast.

He added: "In the first laps I was not really fast. After I started fighting with Alvaro we saw good laps.

"But before, my laptimes were not really fast because in hot conditions the grip is not like this morning.

"And after some laps with the full lean angle I felt [the tyre was] spinning and I was not able to carry enough speed.

"Ducati was very fast in a straight. I came in with the braking and after I tried early to open the gas, but I was just eating tyre [life]. After laps I was not feeling good grip."