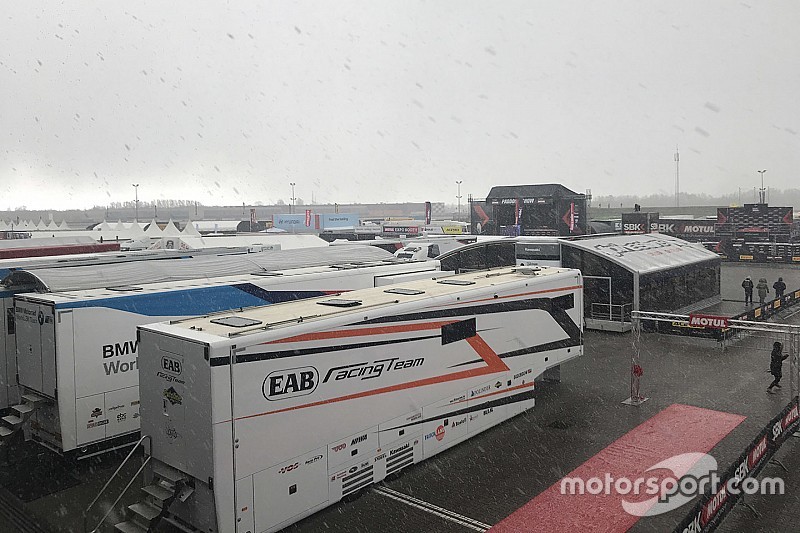 The opening World Superbike race at Assen has been postponed due to a snow storm hitting the Dutch venue.

In freezing conditions with air temperature at 3 degrees Celsius, snow started falling on the track shortly before the scheduled start of race, leading it to be delayed.

It was finally set to kick off 28 minutes after the original start time, but the snow returned as the field lined up on the grid. That led to further delays, and eventually the cancellation of the race.

Championship leader Alvaro Bautista was set to start the race from pole position, as a red-flagged qualifying prevented most of his rivals from a fast lap at the end of qualifying.

The Assen round is still set to feature two races on Sunday, with Bautista taking pole for the morning superpole race as well.

UPDATE: Race 1 will now been postponed to Sunday, with the action beginning at 11:00am local time. Race 2 will run from 2:00pm, as originally scheduled, while the Superpole race has been cancelled.