The next generation of the Bayliss family will race at an Australian Grand Prix for the first time this weekend, with Oli Bayliss on a Supersport 300 bike. We sat down to chat with both Troy and Oli ahead of Phillip Island.

He’s a three-time World Superbike Champion and a MotoGP race winner. But at this weekend’s Australian Grand Prix, Troy Bayliss will be playing the all-important role of ‘dad’.

Bayliss’ son Oli, recently turned 14 years of age, will race on the Australian GP undercard for the first time when he saddles up in the new-for-2017 Supersport 300 support category.

He’ll go into the meeting as a front-runner as well, Bayliss Junior sitting fourth in the series points after an exceptional rookie season.

Motorsport.com’s Andrew van Leeuwen spoke to both father and son about the good and the bad of being a motor racing family, and the difficult choices that lay in wait for the Baylisses as the young rider’s career progresses.

MOTORSPORT.COM: I wanted to ask you if having your son racing at a major international event at Phillip Island – for the second time after the World Superbike round back in February – would make you feel old. But the reality is that you were actively racing there on a World Superbike just over two years ago. It’s kind of odd to have a father and son’s career so closely aligned…

TROY BAYLISS: Yeah, it’s a bit of a crazy one. I actually retired at the end of 2008, and that one-off ride was a bit of a funny one. But it was nice to go back and have a ride with the old team.

Our careers are definitely… it’s hard to explain; I still ride a lot, and I’ve done a lot of riding on the 300 to get him up to speed. We spend a lot of time riding together, and we have so much fun when we do ride together. All I’ve done is ride, he’s followed me around – and now he just wants to be faster than me. That’s how I’ve coached him, really.

Is it tough to strike the balance between being a coach and a dad? You’ve got so much experience you can pass on, but I guess Oli needs to develop into an athlete in his own right, too…

Yeah, exactly. Myself and my wife Kim have been watching Oli since he was two years old, riding a tricycle at the skate park. He’s been fearless since then. He’s been around bikes his whole life. He did karting, he did dirt track racing, and now he’s finally on a road bike.

It’s one of those things where I can’t believe how fast these kids go on these bikes. And we’ve done a lot of racing, but we haven’t been racing week in, week out, if that makes sense. He’s not burnt out or anything, we’ve done it slowly, step-by-step. We’ve weaned him into it.

One of the best things for Oli has been using my experience. When I started out in road racing it was me, Kim, and her dad. We’d go away racing, and we knew nothing about road racing. I’d just jump on the bike and ride it flat-out. I crashed so often that it took so long to learn anything.

For Oli, it’s been easier. He hasn’t had to go through some of the stuff I had to, because I can help him set the bike up and things like that. He gives me some feedback, but he’s got a good starting point, and I know the bike is going to be pretty competitive. 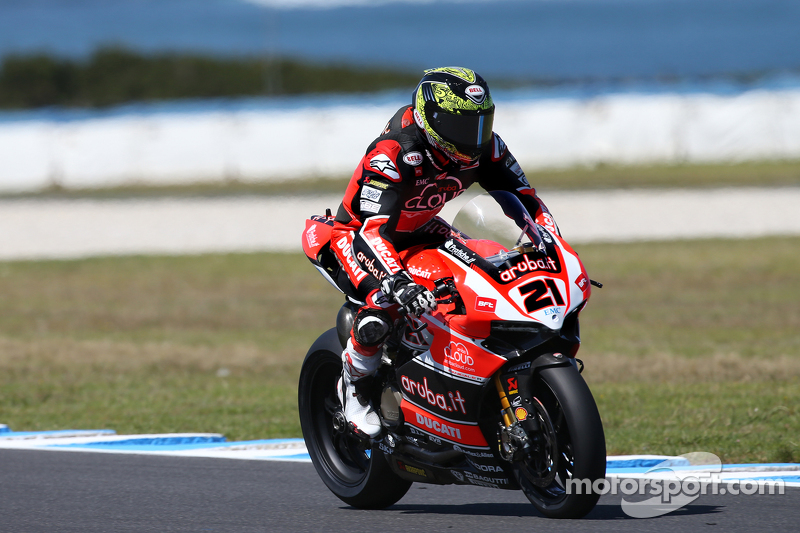 Do you see similarities in style when you watch Oli ride?

A lot of people say ‘he looks like you on the bike’, and I say ‘I hope he doesn’t have my bad habits’. For such a young rider, I think he’s got a good head on his shoulders – and I hope a lot of that has come from me showing him the way to do things.

Has the realignment with the Supersport 300 category helped strengthen junior road racing here in Australia?

Without a doubt. It’s been all hands on deck at Motorcycling Australia for the last few years and the right people have come on board. I think the championship is heading back to the strongest it’s ever been.

One of the big things is that they’ve lowered the age to 13 for people to start riding 300s, whereas it used to be 16. That’s more in line with the European side of things, and most of the 13-year-olds come from dirt track racing and they’re so fast anyway. They’ve been racing for so long that they’ve already got race craft, so they jump on the bike and they are good racers. It’s just a matter of getting used to a road bike and going a little bit faster.

The Supersport 300 category will make for great racing down at Phillip Island on MotoGP weekend. You’ll see that the team managers and riders from MotoGP, Moto2, and Moto3 taking a look, because some of these guys are going to go far. 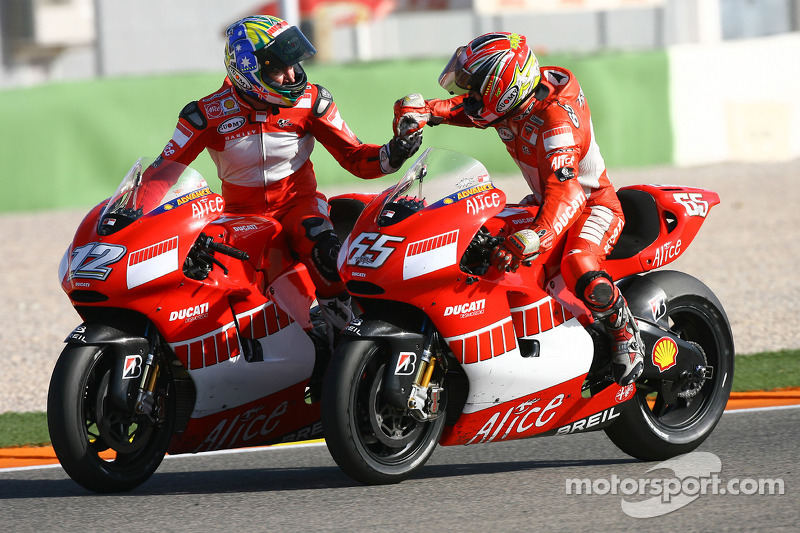 Oli is one of those guys going pretty quick, and at some point you’re going to have to make a call on heading to Europe. Is that tricky from a family perspective?

It is, it’s really tricky. I stay in touch with my old bosses from Ducati, Paolo Ciabatti and Davide Tardozzi. Davide is always asking what’s going on, and what our plans are. He says we’re coming to the time where we have to make a decision soon, and yeah, it’s difficult and it’s stressful.

Oli is mad for bikes, he loves it. But I still think of him as a 14-year-old kid. I’m more on the racing side of things than Kim, and Kim can see how much he loves it. It’s a difficult one.

OLI BAYLISS: Yeah, the season has been not bad at all. There’s been a few tough moments; at Winton I had a really bad weekend, I didn’t finish a race. That cost us badly in the championship points. I’ve tried to get myself back up since then, and it’s gone pretty well.

It must be exciting to think about competing on the Australian Grand Prix support card for the first time?

Do you enjoy the crowds? You would have got a taste of it at World Superbike earlier in the year, did it make you nervous?

Nah, the nerves didn’t really get to me. But it’s different. There’s a lot of people on the grid, and at Phillip Island you know it’s going to be a tight race. 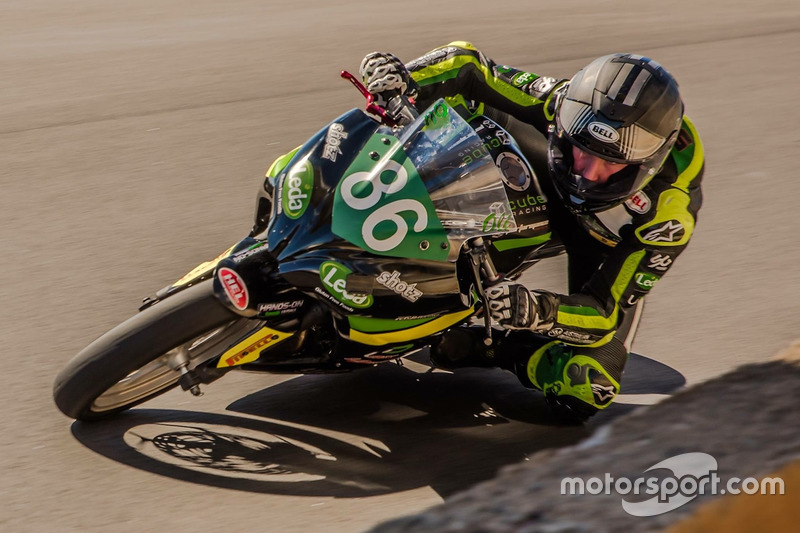 What is it like being a Bayliss when you’re at the track? Do you feel you get a bit more attention because of it?

I guess it depends where we’re racing. I’ve gotten used to it with the Aussie guys now, they don’t seem to care about it all that much. But it’s different at a big race at Phillip Island, whether its World Superbikes or MotoGP.

How helpful is your old man, in terms of passing on his experience and speeding up your development?

It’s a big help. He comes to most of the races and tests, and we ride together at Morgan Park a bit. That helps me get up to speed, particularly in terms of that circuit. At the other tracks, it’s more about what he says to me to keep me focussed and get me going.

Do you notice similarities in your riding style compared to his?

Yeah, definitely. These days the MotoGP riders and World Superbike riders lean off the bike a bit more, and elbow scrape and stuff like that. I’ve tried that style, and it just doesn’t feel right. You could say I ride more old school, not leaning off the bike as much. I’m not the only person on the grid that does it, there’s a few of us on the 300s that that prefer to stay on the bike. 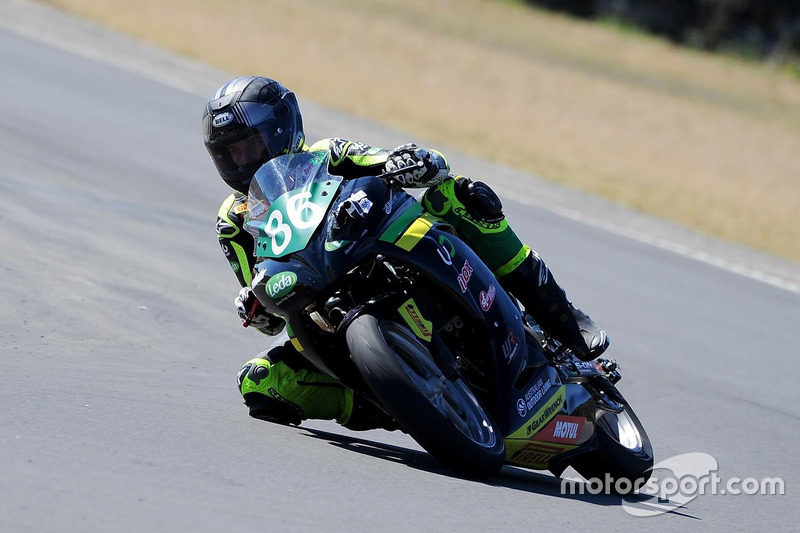