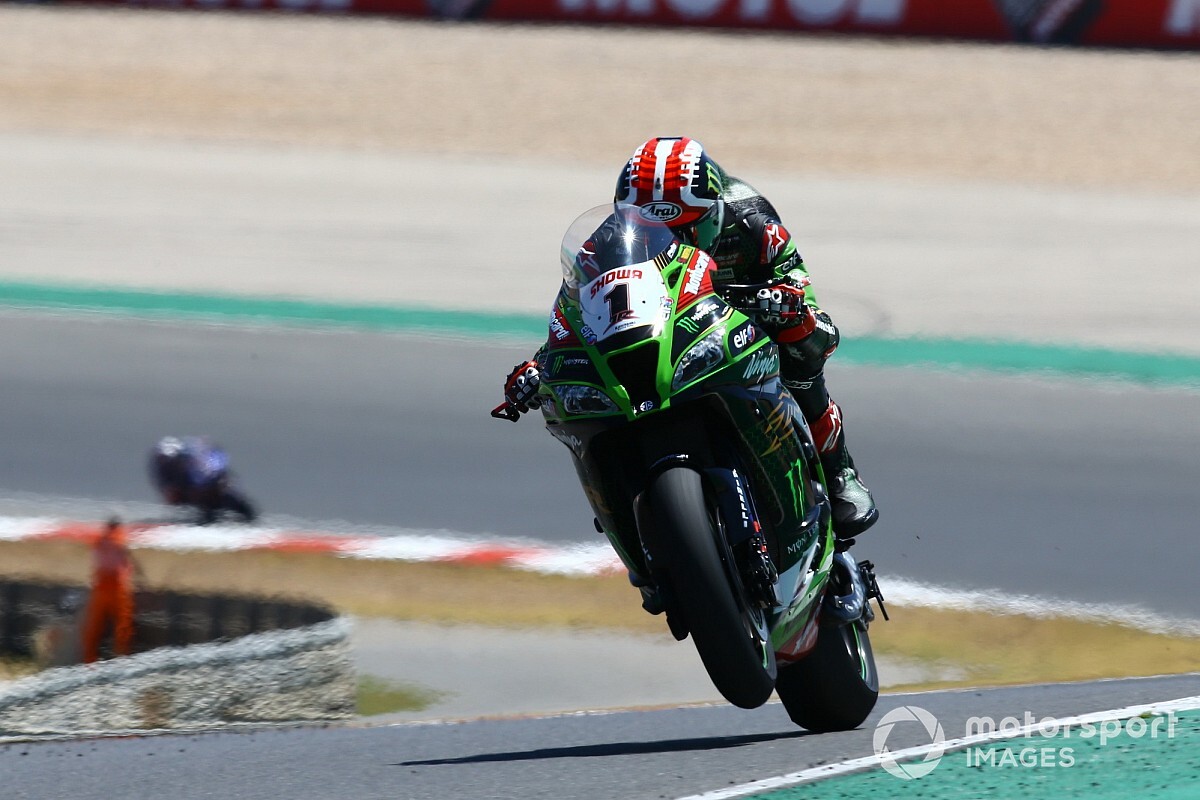 Kawasaki star Jonathan Rea dominated the third race at Portimao on Sunday to move into the World Superbike championship lead for the first time in 2020.

Starting from pole position following his victory in the Superpole race earlier in the day, Rea made a sluggish launch off the line but was able to scoot past both Toprak Razgatlioglu and Loris Baz on the outside at Turn 1 to retain the lead.

Behind, Ducati rider Scott Redding was on the move from fifth on the grid, dispatching Baz at the start before overtaking Razgatlioglu into Turn 1 on Lap 2 to put himself directly behind title rival Rea.

Despite his quick charge to second, Redding was unable to challenge Rea for the lead, the Kawasaki rider slowly but steadily pulling a one-second advantage at the front of the field.

With the gap between the two only widening as the 20-lap race wore on, Rea eventually cruised to a 4.360s victory, completing his first weekend sweep since last year's Qatar round and moving four points ahead of Redding in the standings.

Redding, meanwhile, spent the second half of the race in a close scrap with the Yamaha of Michael van der Mark, who had slowly carved his way from the third row of the grid.

Van der Mark briefly passed Redding with seven laps to go, only to make a mistake later in the lap and allow the Ducati rider back into second.

The battle between the two continued till the final lap of the race, Redding holding off van der Mark by just 0.093s at the flag to take second.

Chaz Davies bounced back from an 11th place and a DNF in the first two Portimao races to finish fourth on the second factory Ducati, albeit over four seconds off the final podium spot.

Alvaro Bautista recorded Honda’s joint-best result of the season in fifth, ahead of the Go Eleven Ducati of Michael Ruben Rinaldi and the top BMW of Tom Sykes.

Razgatlioglu was running in third when he crashed on Lap 7 while under pressure from van der Mark, but remounted his Yamaha to finish an impressive eighth at the flag.

Razgatlioglu wasn’t the only rider to suffer a major crash in the race, with Baz, BMW’s Eugene Laverty, Kawasaki's Alex Lowes and Honda rider Leon Haslam all falling off their bikes.

Lowes and Baz retired from the race, while Laverty and Haslam were able to finish 12th and 13th respectively.