Oettl raced in MotoGP support classes for a number of seasons, bagging his first Moto3 victory at Jerez towards the beginning of the 2018 campaign.

When a step-up to Moto2 the following year didn’t yield the desired results, he moved to World Supersport in 2020, finishing a promising third in his rookie season with the Puccetti Kawasaki squad.

In his sophomore WSSP season, the 25-year-old is currently the highest-placed Kawasaki rider in fifth, with just the final round in Indonesia still to run.

Buoyed by his success in recent years, Go Eleven has signed Oettl on a two-year deal encompassing the 2022 and ‘23 seasons, with the German rider taking the place vacated by 32-time race winner Davies.

"I am very happy that after two successful seasons in the World Supersport Championship, I can make the step to WorldSBK with Go Eleven,” said Oettl.

“I hope that I can learn fast, I think that this is possible with a good group of people, and with Go Eleven I have all the possibilities to achieve good results. From the outside, Go Eleven was my desired Team, almost from the beginning of the 2022 deals.

“I can't wait to start this experience on the big bike, to learn as much as possible, to start next season and to improve Round by Round. I am happy to ride the Ducati, it's a great manufacturer and I really wanted this opportunity in Superbike, especially considering the successful past Ducati had!" 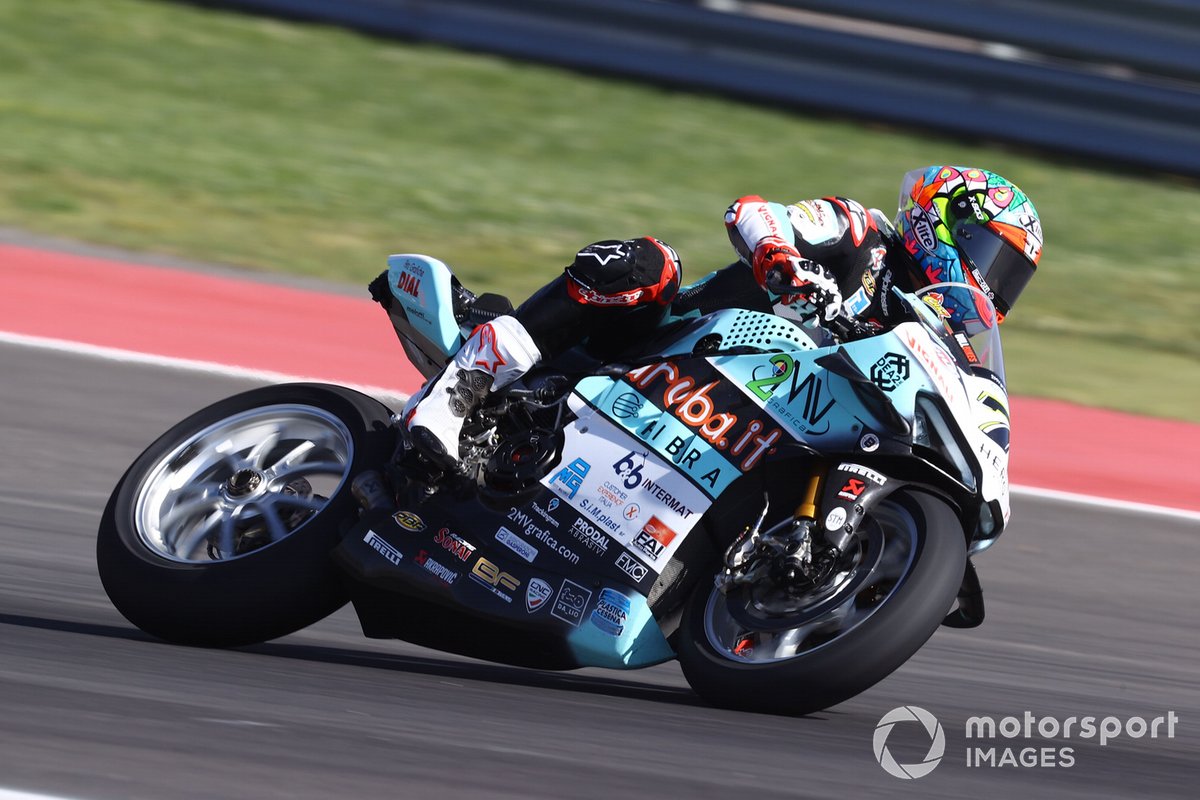 Go Eleven has enjoyed a strong run of results in recent races, with Loris Baz scoring back-to-back podiums at Portimao last month as a replacement for the injured Davies.

Davies, who himself bagged a rostrum result earlier in the year at Estoril, will make his farewell WSBK appearance at the new Mandalika Street Circuit later this month, having successfully returned from injuries at the previous round in Argentina.

"Philipp achieved very good results in the last two seasons in Supersport, he is young and already has experience in Moto2 and Moto3, then, after having met him personally he gave me excellent sensations,” Go Eleven team manager Denis Sacchetti said.

“He is a very determined rider and already has a good working method, certainly transmitted by his father Peter, great protagonist of the past of motorcycling; this is certainly an added value, which will help both us and him.

“This project gives me great excitement, it is certainly an amazing challenge, I can't wait to see him on our V4 R, and start working with him. In Go Eleven we are all happy to have him with us, it reflects a bit our philosophy, to believe in young people and give them an opportunity to show their potential in the main category."

Oettl's appointment and Go Eleven's confirmation it will continue to field a solo Ducati comes as a blow to British Superbike champion Tarran Mackenzie's hopes of a 2022 WSBK graduation.

Mackenzie had been linked to Go Eleven but the deal hinged on a switch to Yamaha machinery.