Isle of Man TT winner Peter Hickman will contest next weekend's Donington Park World Superbike round as a wildcard.

Hickman, 35, will ride for the FHO Racing BMW team, with which he is contesting this year's British Superbike series.

It will mark his first WSBK outing since the 2019 Donington Park round, where he finished seventh and 11th in the two full-length races as an injury stand-in for works BMW rider Markus Reiterberger.

“I’m mega-excited to get a chance to have a go at WorldSBK," commented Hickman. "I’ve done it twice, once in 2012 with Worx Suzuki and again in 2019 with the BMW Motorrad WorldSBK Team, but both times were last-minute arrangements, jumping on bikes I had never seen before. 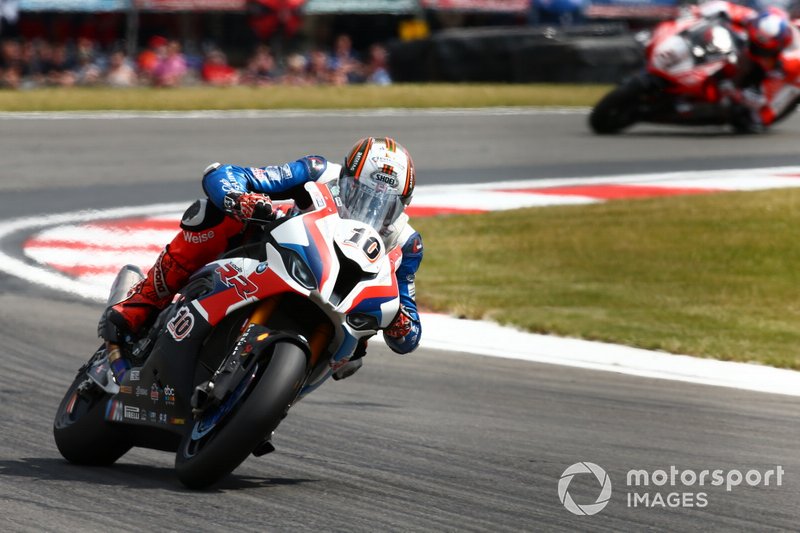 "This time I’ll be riding my FHO Racing BMW which I race in the British Superbike Championship so that will be good. We are having to work on raising the electronics package to World Superbike-spec which will change things quite a lot which could be interesting, but we’ll see.

“I think it’s fantastic that we’re getting the chance to do this as a team and it’s all down to Faye. She’s owned the team for a year and a half, and we’ve already done BSB, North West 200, Isle of Man TT and now we’re getting to do a World Superbike wildcard which is pretty cool.

"It’ll be good for everyone in the team to get to do a World Superbike round together, we’ve all done bits here and there but not as a team, so I think it’s going to be a really great thing for us all."

Hickman will head to Donington fresh off another successful Isle of Man TT outing, having picked up four wins to take his career total to nine.

He sits 10th in the BSB riders' standings following last month's fourth round of the season at Knockhill.

Hickman will be joined on the grid at Donington by BSB rival and that series' reigning champion, Tarran Mackenzie, who will be riding for his usual McAMS Yamaha team.