Tetsuta Nagashima has been drafted in by Honda to replace an injured Iker Lecuona for the final round of the 2022 World Superbike season in Australia this weekend.

Lecuona suffered a fractured T12 vertebra and sacrum following a heavy tumble in practice last weekend in Mandalika, ruling him out of the remainder of the Indonesia round.

With an estimated recovery time of one month, it had already been clear that Lecuona won’t be able to see out his first season in WSBK, and the 22-year-old rider has returned to regain full fitness.

His place in Honda’s factory team will be taken by Nagashima, who will join incumbent Xavi Vierge for the final three races of the campaign at Phillip Island.

It follows the 30-year-old making a handful of outings in MotoGP at the back end of the season, first as an HRC wildcard at Motegi and then as a substitute for injured Takaaki Nakagami at LCR in three rounds, including Phillip Island.

“I’m really happy to compete in the final WorldSBK round because it will be my first experience of the series and I’m both curious and looking forward to it,” said Nagashima.

“At the same time, I wish Iker a speedy recovery and hope he’ll be back soon. I will try to help the team with the bike, collecting as much data as possible for the future and doing my best to enjoy this opportunity.

“As I said, it’s my SBK debut so I don’t know what to expect and the weekend schedule is also new to me but I’m ready to get going!"

Nagashima, a one-time race winner in Moto2, tested the Honda Fireblade earlier at Misano in June, coincidentally when Vierge was unavailable due to a hand injury.

He also led Honda to a dominant victory at the Suzuka 8 Hours this year on the endurance version of the CBR1000RR-R alongside Lecuona and Takumi Takahashi. 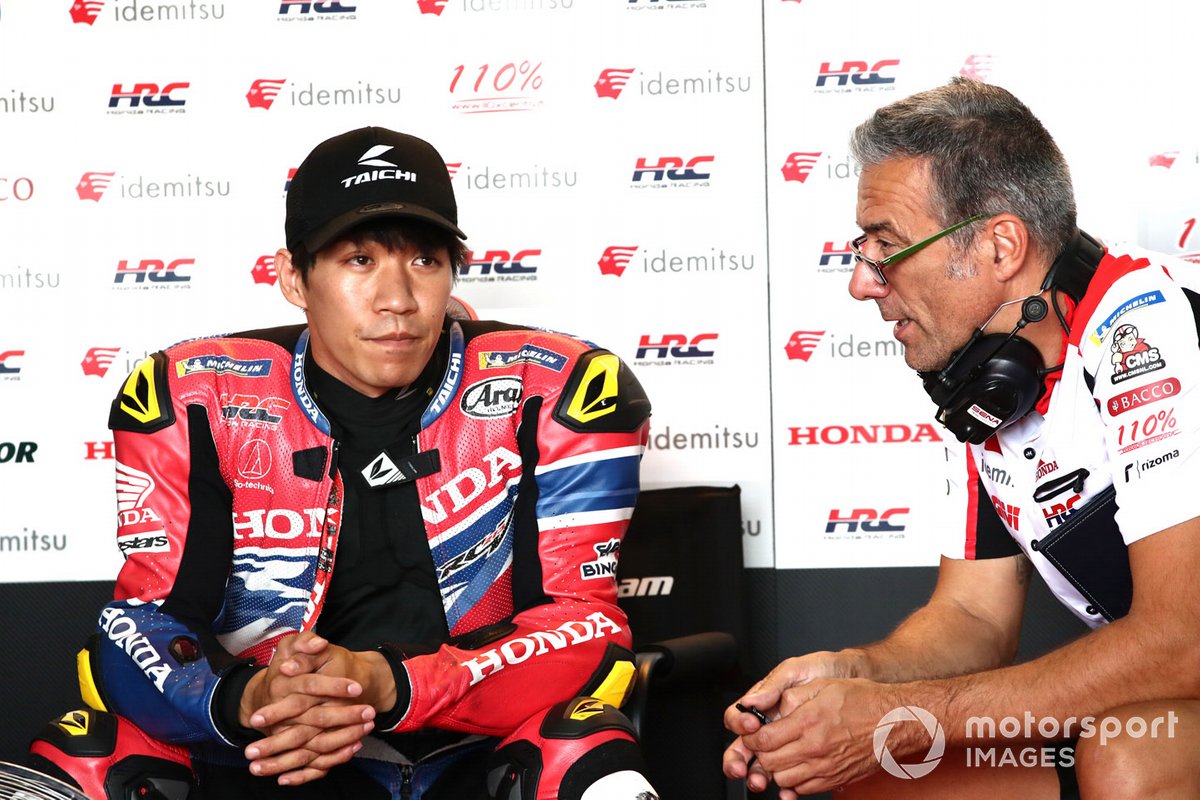 Honda sits fourth in the championship going into Phillip Island, just three points clear of BMW, as both manufacturers try to avoid ending the year at the bottom of the standings.

Vierge said he is excited by the prospect of racing in Australia after travel restrictions prevented WSBK from holding races at Phillip Island during the previous two years.

“We have come to the final round of the season, and I cannot image any better location than Australia. I love the Phillip Island track and missed it so much when the pandemic prevented us from racing here.

“So I’m excited to ride, my goal being to round out the year on a high, possibly top five or even better. The weather is always a question mark, as it can change so quickly and dramatically here. I hope it will be dry, because when it rains here it’s usually quite cold too, but we will adapt to any situation."