The MIE Honda World Superbike team will scale back to a single bike from next weekend's second Aragon round as a result of splitting with partner squad Althea Racing.

MIE came into being last year as a one-bike satellite team to support Honda's revamped works WSBK outfit, which was operated jointly by Moriwaki and Althea.

As Honda took direct control of its factory team in 2020, the Moriwaki-Althea alliance continued with MIE expanding to field two brand-new CBR1000RR-Rs.

Takumi Takahashi contested the Phillip Island opener alone before being joined by Lorenzo Gabellini, replacing original signing Jordi Torres, for the second round at Jerez onwards.

However, in a brief statement issued on Sunday after the conclusion of last weekend's Aragon round, it was announced that Althea will no longer be part of MIE Racing going forward.

The team will scale back to a single bike for Takahashi for the remainder of the season.

“After many years of great motorsports friendship with [Althea boss] Mr. Genesio Bevilacqua, from 2019 we have undertaken a project in WSBK together," commented MIE team boss and Moriwaki managing director Midori Moriwaki.

"It was a challenging project for all of us, but I could make it happen because of Mr. Bevilacqua. Since we collaborated in the Moriwaki Italian Junior Cup back in 2008, we have always shared the same passion for motorsports.

"This time we have chosen to go in different directions, but our friendship will never end, and I deeply appreciate all the support gotten from Mr. Genesio Bevilacqua and Althea Racing."

Italian Superbike regular Gabellini meanwhile failed to score a point in nine races for MIE, with his best result with the squad being 17th place. 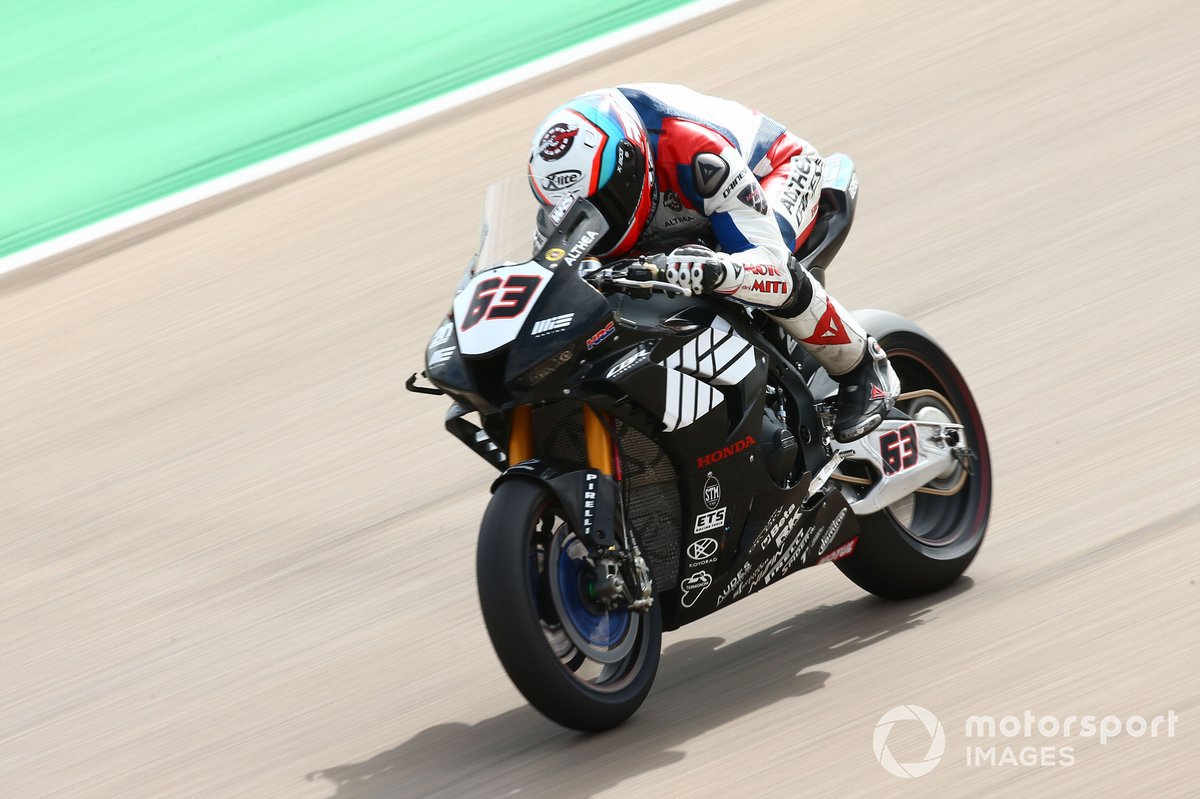 Takahashi fills in for injured Camier at Portimao